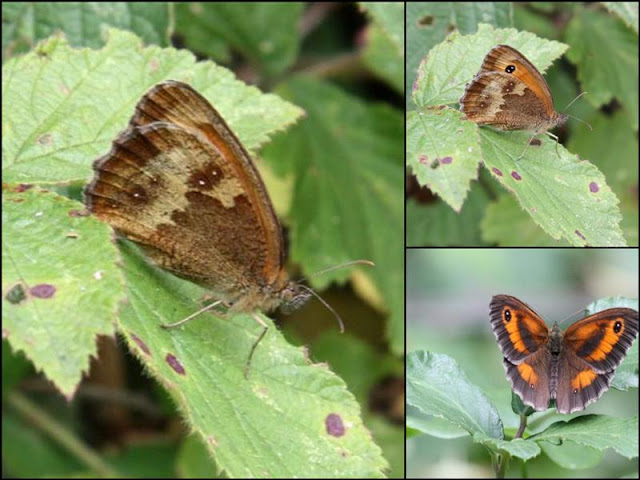 The dancing unhurried flight of the Gatekeeper with its striking orange-brown colour and pattern is easy to spot. Like many species when at rest with wings closed its underside pattern presents a totally different view but is still fairly easy to pick out against its usual background of bramble leaves or ragwort flower heads.
Many other species have more cryptic underwing camouflage so I thought I would share a few with you. 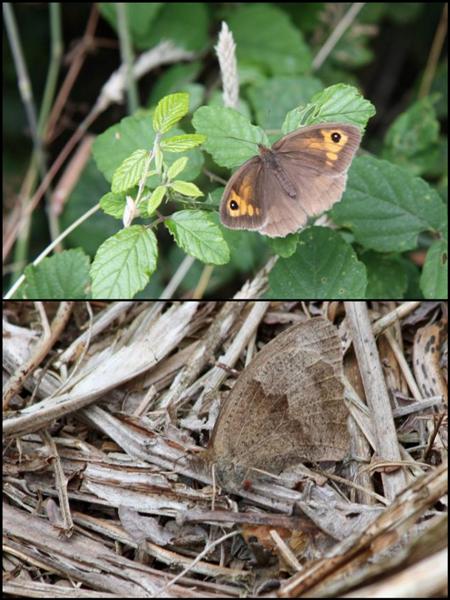 Probably the most widespread of our butterflies is the Meadow Brown, distinguished by the single eye spot on each forewing. The male is almost totally brown whereas the females show much more orange. However, at rest with wings closed, the underside pattern often provides a good match with its surroundings, especially dried grasses and leaves, an excellent defence against its predators. 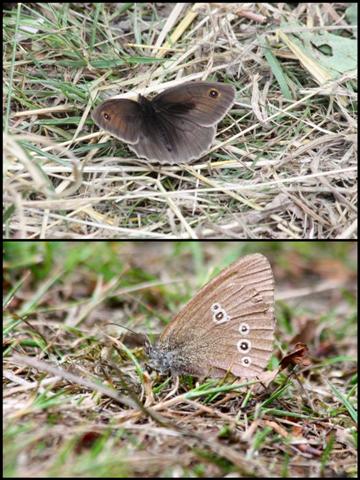 When fresh the Ringlet has dark velvety wings with a distinctive white border. This soon fades and they can look like male Meadow Browns but without any trace of orange although the eye-spots are usually visible in flight. However when it flops to the ground the underside spots are clearly visible but often only when you get down to their level for a closer look. 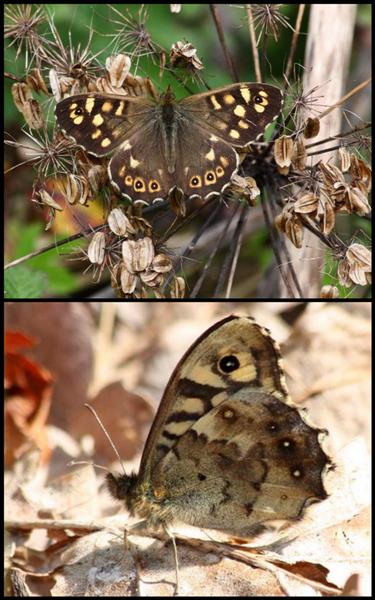 The Speckled Wood prefers dappled woodland glades and has a greater tolerance for shady places. When basking in the sun the upper wing pattern is usually fairly easy to spot against its background perch. However when resting with the wings closed its underwing patterns can provide excellent camouflage especially against the leaf litter. 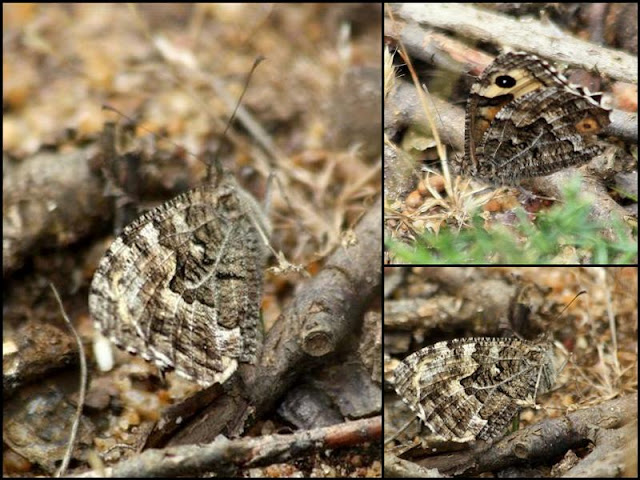 The best example of cryptic camouflage is the Grayling, often only encountered when disturbed as you walk by. Its flight pattern is a series of bobbing and gliding and then dropping quickly to the ground where it disappears from view. At rest it tilts itself towards or faces the sun to regulate its temperature but also to significantly reduce any shadow it may cast. The underwing colour can vary according to the surrounding soil type (chalky to almost black) and with its more prominent upper wing patterns fully enclosed it blends in perfectly with its background. 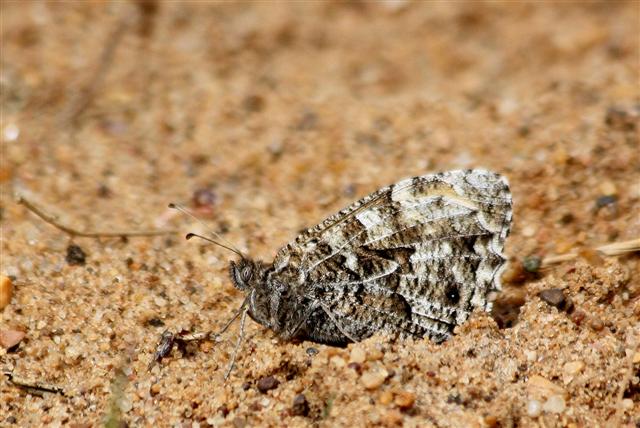 Have a good weekend wherever you are and whatever you are doing.   FAB.
Posted by FAB at 00:38