A copy of an engraving depicting WALBERSWICK FERRY has hung on the dining room wall for over 25 years so the opportunity to revisit during our recent holiday was a special treat and I was intrigued to see what if anything had changed. 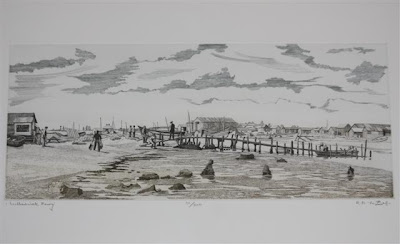 Walberswick, a quaint Suffolk coastal village is just a stones throw across the River Blyth from the more developed town of Southwold. Its name is thought to have derived from the amalgamation of the Saxon 'Waldbert' or 'Walbert' (probably a landowner) and 'wyc' meaning shelter or harbour. From the 13th century up until World War 1 Walberswick was a thriving trading port but is now a popular tourist attraction, during the summer months, not least as it is famous for holding the annual British Open Crabbing Championships every August which attracts participants from all around the globe. 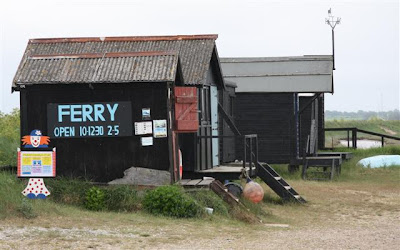 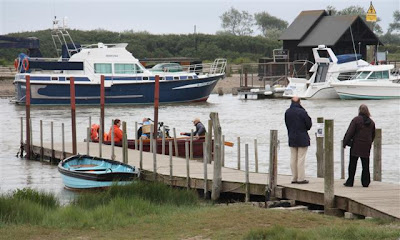 ...and the only way across the river at this point is by taking the ferry..... 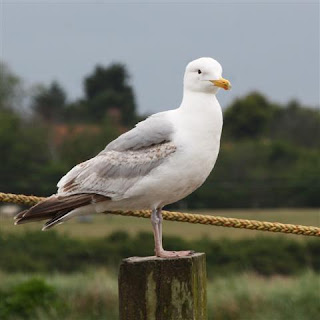 ...unless you are a Herring Gull, for whom it's only a few flaps to the other side. 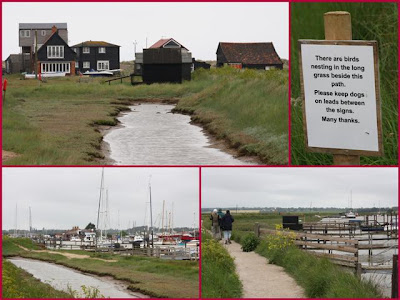 So with the onset of another rain shower we left the holiday homes behind and headed upstream listening to the sounds of Meadow Pipits, Redshanks, Lapwing and Oystercatcher while soaking up the atmosphere of the old and new. 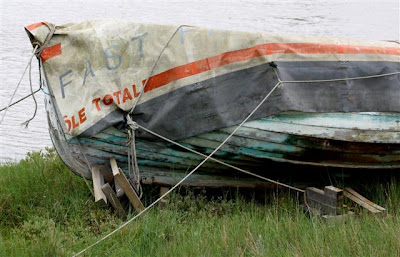 Laid up or of no further use? 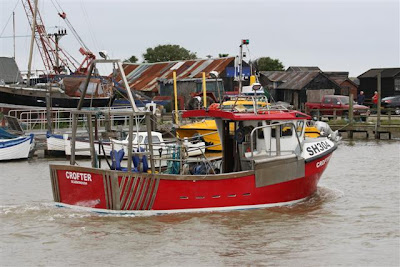 Crofter heads out to sea. 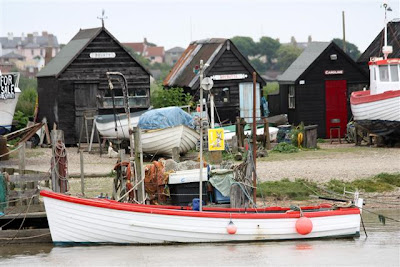 Every fishing boat has its own 'named' shack...Bounty, Boy Butta and Caroline. 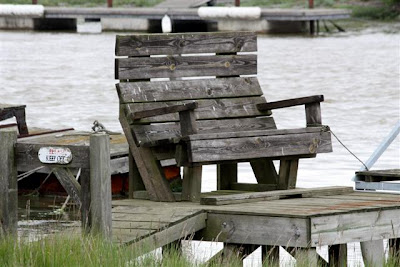 Even a seat to watch the world go by. More images to come in future posts.  FAB.
Posted by FAB at 00:08