During a number of brief forrays out locally this week I have heard newly arrived Chiffchaffs calling but locating them high on their song posts within woodland was not easy, nor was getting really decent shots with grey overcast skies. (Please note that all these shots are heavily cropped). 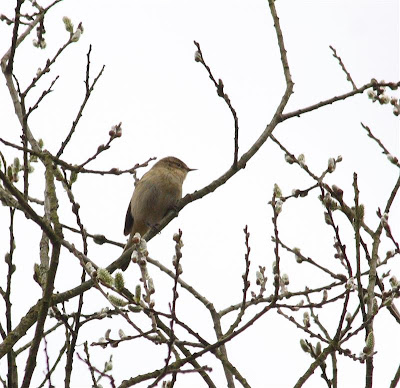 However, one of three individuals singing at Epsom Common gave me one opportunity as I stretched my neck and pointed the lens upwards. 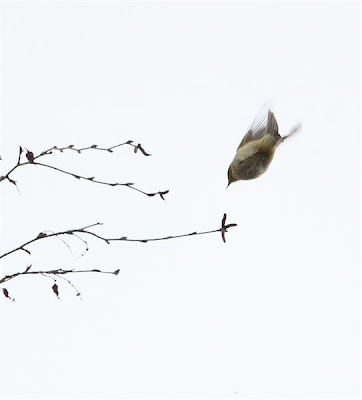 A few moments later it decided to go fly catching and dive bombed its prey! 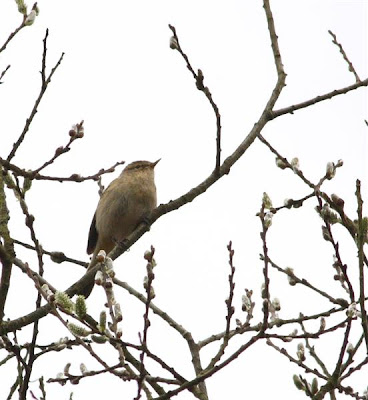 It eventually resettled on the same perch and began singing again for a short while and then there was absolute silence throughout the woodland and I realised that the Chiffchaff and everything else had suddenly disappeared. Searching the sky above I eventually spotted a female Sparrowhawk very high above and moving away. It always amazes me how observant these small birds are to sense the presence of a predator so far above them.  FAB.
Posted by FAB at 23:45