Stroll in the Park.

Last week Anita and I took a midday stroll in Richmond Park. The air was chilly so we headed into one of the open wooded areas to gain some respite from the very stiff breeze. The predominant sounds came from the very large numbers of corvids, mainly Jackdaws and Carrion Crows, constantly calling as they flew overhead. In my experience corvids usually move off at the sight or sound of anyone approaching them but 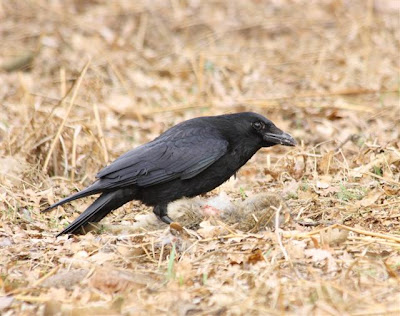 we located two Crows feeding on the remains of a Grey Squirrel and one of them decided that for a while I was no threat and continued pecking away. 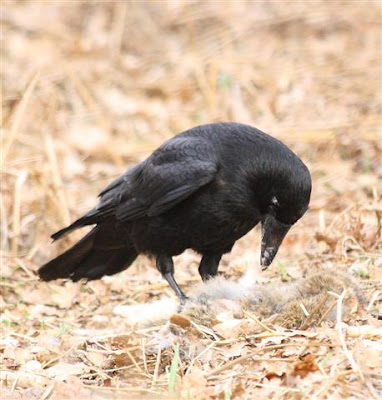 Crossing the open parkland we entered another small wooded area and had brief sightings of Treecreeper, Nuthatch and a Green Woodpecker. 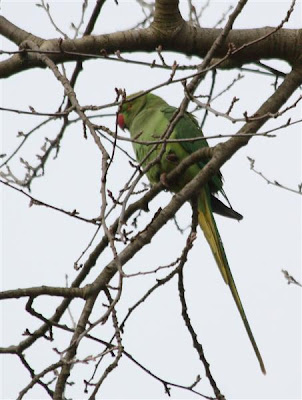 The other noisy inhabitants are the resident Ring-necked Parakeets.
I spied a group of Red Deer on the high ground above Penn Ponds so we made a detour with the intention of getting some photos but as we nearly got within range four young children dressed in bright red and yellow waterproofs started shouting and running towards the deer who promptly decided to move off at some pace...so sorry no pics this time! Heading back downhill we watched a Kestrel hovering but shooting into the sun was not an option. 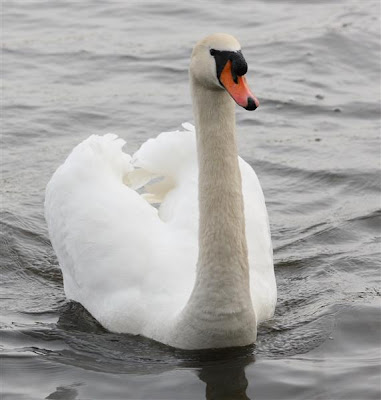 Returning to the ponds a Mute Swan paid us a close visit, presumably expecting a handout. 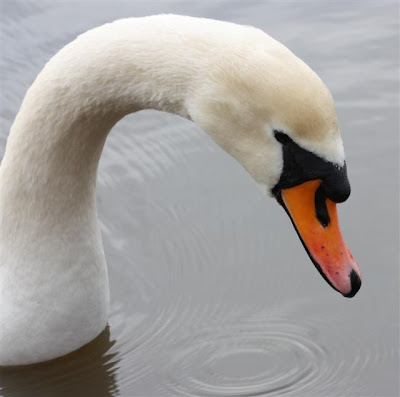 The traditional greeting... a bow before drifting quietly away. 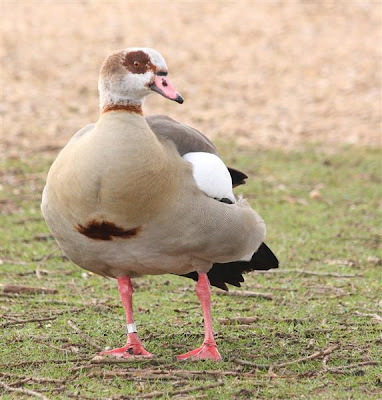 The next encounter was with a pair of Egyptian Geese. 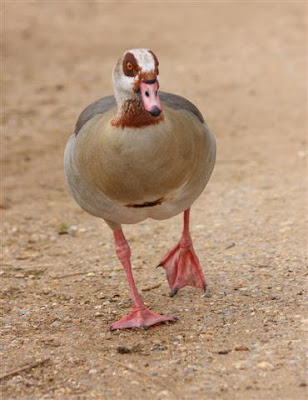 One of them decided to join me as I settled down to check out the other inhabitants on the water; a pair of Shovellers, masses of Coot, Mallard and Tufted Ducks. Close by someone else had brought some food for the ducks and they quickly headed in their direction of a free meal. 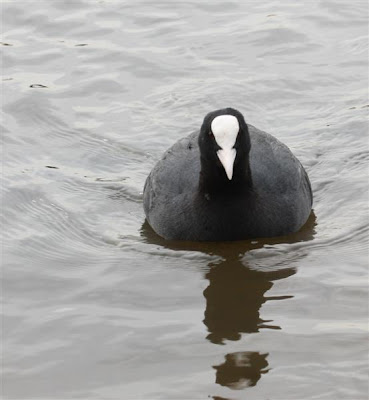 One of the many Coot came over to investigate. 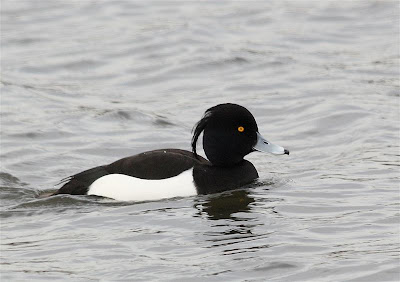 Male Tufted Duck decided not to join in. 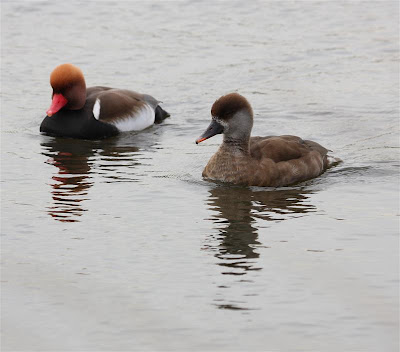 I then noticed a pair of Red-Crested Pochard and this presented a golden opportunity to take a few shots which I will share in a forthcoming post.  FAB.
Posted by FAB at 23:29