The plan for Day 3 was hatched by Keith, one of our four friends, who desperately wanted to visit the 'Raptor Watchpoint' at Hickling Broad as he had read about seeing Harriers, Merlin, Owls and Common Cranes coming into roost at the end of the day. So after another hearty breakfast we set out in convoy to follow the coast road south-east via Cromer towards Hickling.

The first brief stop was at a very windy West Runton and a short walk down to the deserted beach. 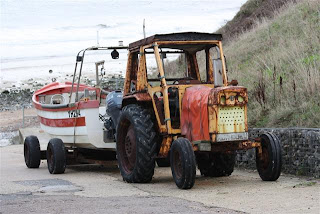 This tractor has seen better days due to the effects of sea water! 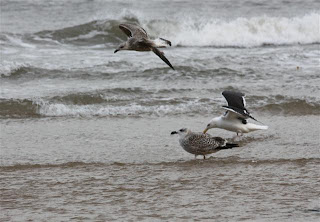 Our next stop planned stop was Sea Palling but the sighting of a day flying Barn Owl hunting in a roadside field provided a pleasant interlude. (Sorry no pics). In the 1840's one of Keith's ancestors was a stationed at Sea Palling. He spoke to a local who provided valuable information as to the former location of the 'Watch Keepers Cottages' and the inland wooden Watch Tower but most of the original properties in this hamlet  were destroyed during severe storms and flooding in the 1950's. 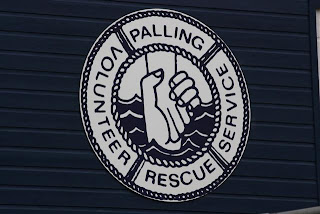 At my suggestion we then drove towards Horsey Gap stopping briefly to log Red-legged Partridge and a pair of Egyptian Geese in the roadside fields. As we headed out onto the dune system the sky darkened ... 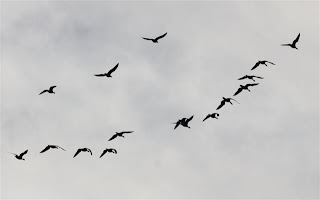 ... and small skeins of Pink-footed Geese constantly flew overhead moving up the coast. This area of coastline is also well known for its large colony of breeding Grey Seals. 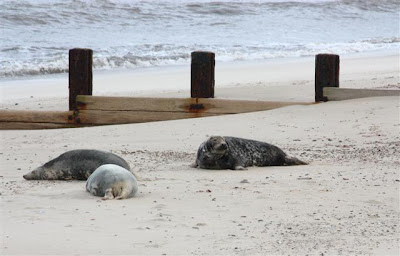 Access to much of the beach is prohibited from October through to January so we battled against the strong winds and walked along the high sandy dune embankment to get these closer views. 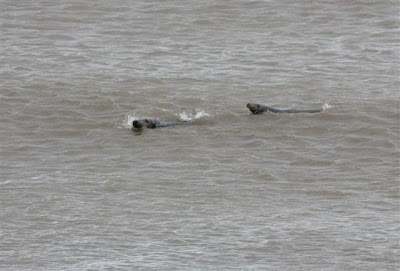 Two Grey Seals were talking to one another as they played in the water.

On our return walk to the cars, while watching a single Common Ringed Plover on the shoreline, Keith spotted two Snow Buntings flitting along the beach but very close to the embankment. They quickly disappered out of view so he suggested that I walk ahead and try to get some shots. So fighting the wind I strode forwards and found a dip where I waited and a few moments later they reappeared again briefly before continuing their foray along the sand 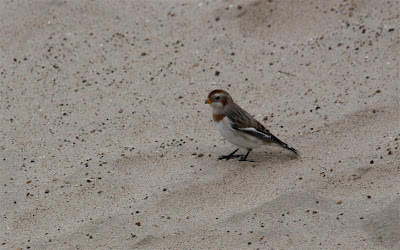 Our next stop was Horsey Mere. A quick scan with the bins over the nearby fields produced a Marsh Harrier at long distance while everyone else was thinking of refreshments and other creature comforts. 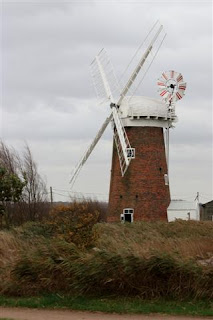 The National Trust were selling off goods at reasonable discounts as they have to vacate the tea rooms etc in case of winter flooding. The plastic friend got a minor battering for some cards, a sovenier mug and a picture. 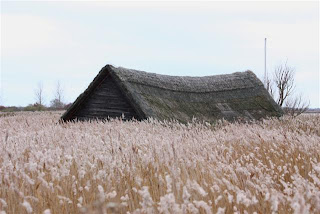 While Anita and Jean took a tour inside the Watermill (for free!) the rest of us followed a pathway around the edge of Horsey Mere in the hope of seeing some avian activity but very little was seen over the thick reedbed fringes. We finally made it to the Hickling Broad Reserve car park where we took the track that eventually led us to the ... 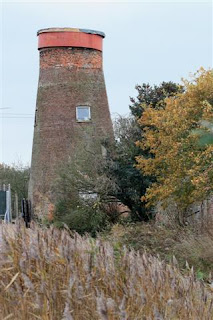 Stubb Drainage Windmill was constructed between 1795 and 1825. It is estimated that there were once 200 wind powered drainage windmills in the Broadlands. 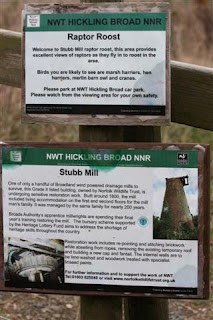 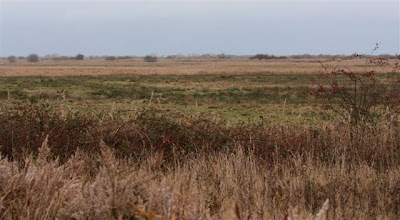 This was the scene from the viewing mound and during the hour that we spent here we eventually counted a maximum of 30 Marsh Harriers coming into roost well over a quarter of a mile away. Other sightings were 155 Lapwing, Jay, Wren, Woodpigeons, Stock Dove, Grey Heron, Kestrel, Starling and a Great Tit BUT no Cranes. Ah well there's always another year. 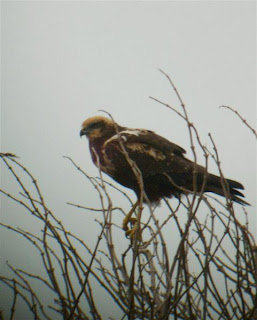