After a four hour drive, including a lengthy crawl on the M25 and various roadworks throughout our journey to Norfolk last week, we finally reached Holkham Hall Estate. Holkham Hall is an eighteenth-century country house located adjacent to the village of Holkham, on the north coast of Norfolk. The hall is one of England's finest examples of the Palladian revival style of architecture, constructed for Thomas Coke, 1st Earl of Leicester by the architect William Kent, aided by the architect and aristocrat Lord Burlington. The Holkham estate, formerly known as Neals, had been purchased in 1609 by Sir Edward Coke, the founder of his family fortune and still remains the ancestral home of the Coke family, the Earls of Leicester of Holkham. 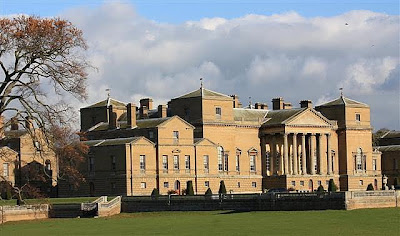 The park is home for around 800 Fallow Deer and a small herd of Reds. Just after midday one of the estate workers appeared and repeatedly bellowed a call out across the park. His voice was quickly recognised by the animals far and near. He then traversed the open grassland in a tractor and laid a trail of sugar beet. We then watched the procession of deer as they frantically followed the trail of food. 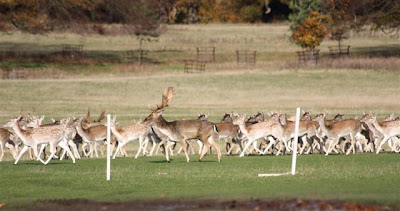 A pair of bucks quietly feeding beneath the oak canopy by the side of the exit road as we headed out along the coast road towards our our next stop at Stiffkey. 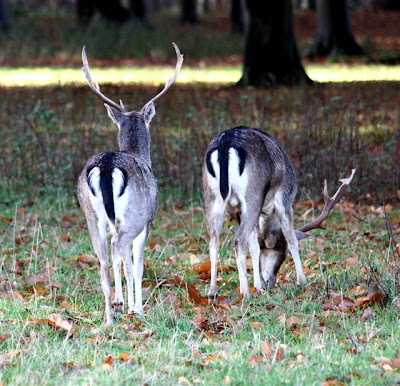 The open sky view across Stiffkey Marsh looking towards Blakeney Point. On a spring (marsh) tide much of this whole area is under water and a treacherous place to wander as you can very quickly become engulfed by the fast rising tide. 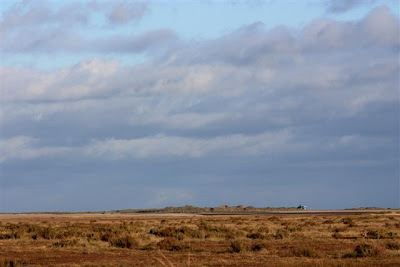 This has been a regular stopping place for me at the end of the day in past years to scan the horizon for raptors and owls returning to their roost at Warham Greens. Far too early today but a distant view of a Marsh Harrier floating along the beach margins, a Little Egret having a bad hair day as it looked for a meal in one of the many saltmash gullys. We also located Redshank, Brent Geese, Shelduck, Crow, Curlew, Black-headed & Herring Gulls, Linnet, Meadow Pipits and Starlings. 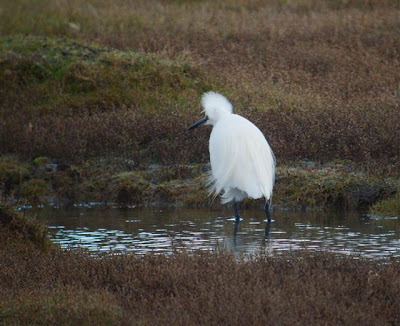 A very brief stop in the Beech Road at Salthouse produced a fleeting glimpe of a flock of 17 Buntings (probably Snow) flitting around the shingle bank but the strong wind prevented any attempt at long range photography from the shelter of the car....we would revisit later in the week to search again. 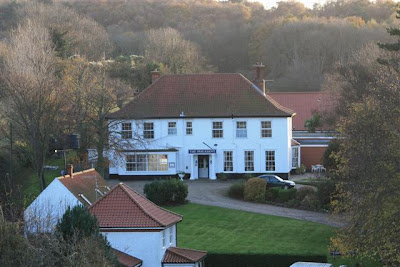 Mid afternoon we located our hotel, The Pheasant at Kelling, and after booking in we met up with two of our four friends and took a leisurely stroll through the wood fringed heathland overlooking the sea and caught a glimpse of our first, but not the last, Norfolk sunset before tasting the first of many cruptious meals. 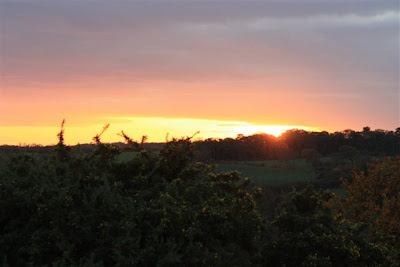 See you next on Norfolk Day 2.  FAB