A frustrating few days this week with intermitent wet weather plus for the second time in two weeks Anita's car failed to start on Wednesday ....flat battery again! So on Thursday I acted as taxi driver to enable Anita and her delightful 'Irish' friend to do the weekly shop on the understanding that I went for a walk while the housekeeping kitty got used up. A quick look at the map suggested that I should be able to find something to look at on Burgh Heath Common. 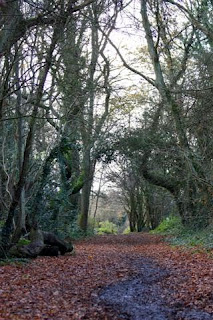 As I trod quietly over the rain sodden leaf carpet I heard the scolding call of a Jay and then a small party of Long-tailed Tits twittered to one another as they fed in the nearly leafless canopy very high above me. Blue Tit and Blackbird made brief appearances but them apart it was very, very quiet. I eventually stumbled apon the pond where the main inhabitants were Mallards, a few Moorhen and Black-headed Gulls. 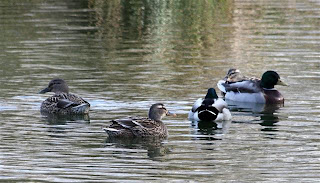 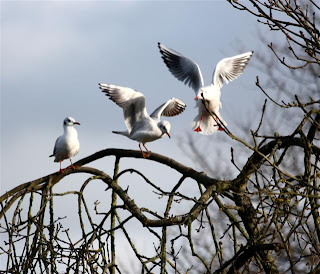 Is there room for another one? 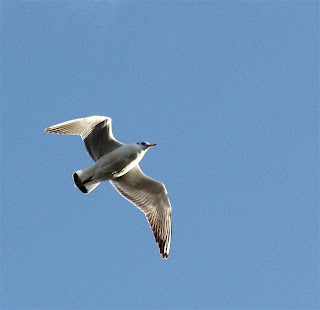 An opportunity to try a few in-flight shots of Black-headed Gulls. 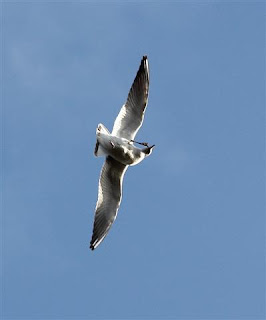 Can you pick your face while flying? 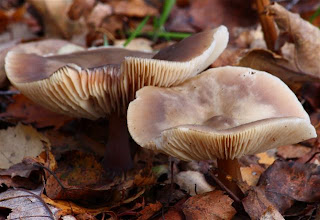 Message on the mobile indicates that the girls have returned to the car so just time to snap some fungi before switching back into taxi-driver mode.

P.S. Battery update - Car jump started and taken for a spin round the local roads but for some reason after switching off and locking the car the radio switches itself on! This is obviously the reason behind the flat battery so more investigation required. Just as well I have time on my hands.  FAB
Posted by FAB at 02:00