The first port of call on day 2 was Salthouse to look for Snow and or Lapland Buntings but there was no evidence that yesterdays flock was still around. 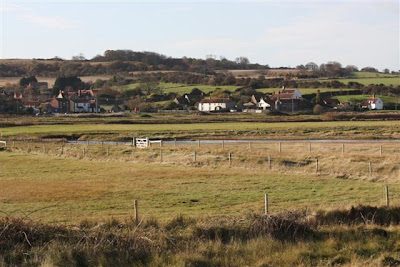 We again struggled against the wind and walked towards the 'Little Eye', that overlooks a small freshwater pool behind the shingle seawall, and located a single Avocet and 2 Redshanks, Curlew in the fields and a Stonechat appeared briefly on one of the fence wires. 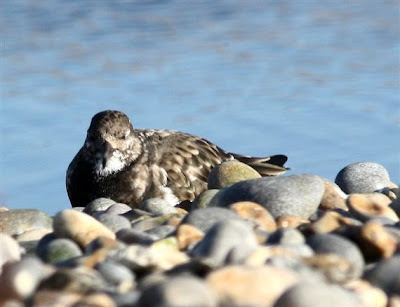 Turnstones were quite confiding as they fed around a small pool close to the car park. (For more pics please go to FABirding).

Our main location today was the RSPB reserve at Titchwell. The marsh is under increasing pressure as the sea continues to erode the land and The Coastal Project has commenced which will drastically change the landscape but hopefully protect the freshwater marshes and specific breeding species such as the Bittern.

I regret that I didn't take many photos as it was difficult battling against the constant high winds. 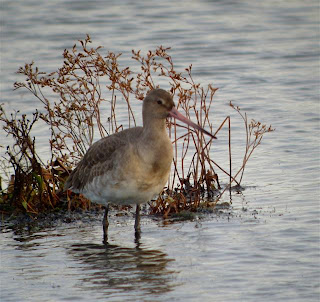 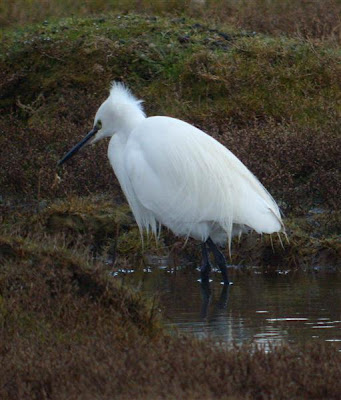 Digiscoped view of a wet and bedraggled Little Egret. 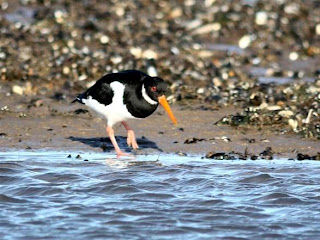 Oystercatcher on the beach. 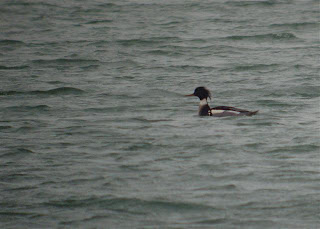 Distant male Red-breasted Merganser on the sea just before a heavy shower forced us to head back to the centre for refreshments and a bit of retail therapy.

Our mid afternoon walk took us across the tidal marsh from Thorham to Holme. A mixed small flock of finches were seen flying around and then seemed to disappear into the vegetation. Using the scope I eventually located them and first to reveal itself was a Lapland Bunting (ID was its reddish brown wing panel framed by narrow white wing bars), and then a Linnet but the others were very indistictive, suggesting Twite? As the flock moved on to its next hideaway we distinctly heard the 'tveeiht..tveeiht' calls confirming that they were indeed Twite.  Two other mature gentlemen birders had been searching during their walk and were delighted to get a reasonable but brief view through my scope before the flock finally flew far away. 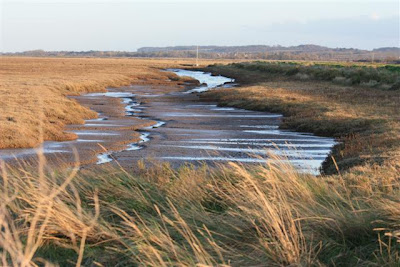 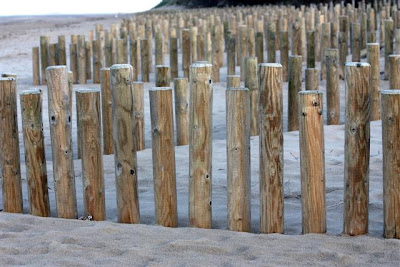 I hate to think how much energy was expended to insert these new 6 foot poles into the sand to provide a natural barrier to help prevent the constant errosion of the dunes at Holme by the sea! 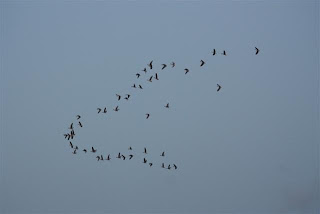 Overhead a flock of Pink-footed Geese were moving to their overnight resting place. 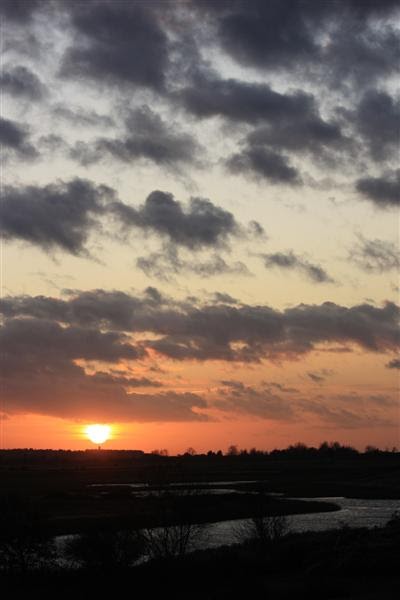 Our return walk to Thornham was graced with another beautiful sunset over the marshes towards Holme.