Whilst I enjoyed the very vocal songs of the Common Whitethroat and Garden Warbler yesterday my patch walk at Epsom Common today didn't produce anything new so I headed over onto Ashtead Common to check out for signs of any other life around The Rye ... a small stream that meanders through the grassland and woodland. 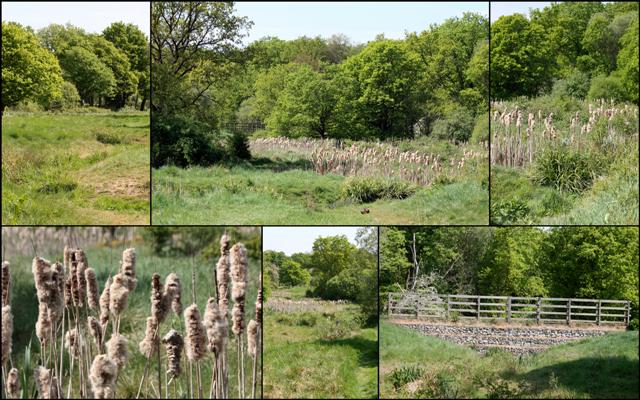 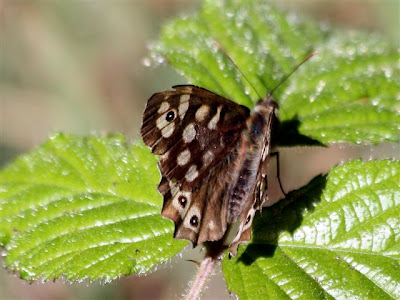 Initially it all seemed very quiet but a few flutters soon appeared including this Speckled Wood ... .... and then a Holly Blue trying to remain hidden amongst the grasses. 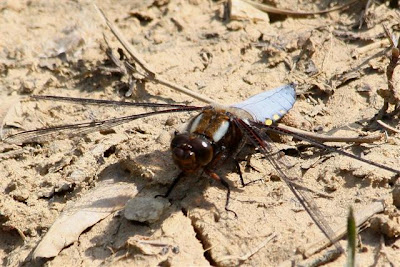 I saw a Broad-bodied Chaser (Libellula depressa) flying frantically around one of the muddy shallow pools just over a week ago but failed to get any pics. Today the conditions were much less windy and I watched a single male busily patrolling its territory and waited for it to perch. 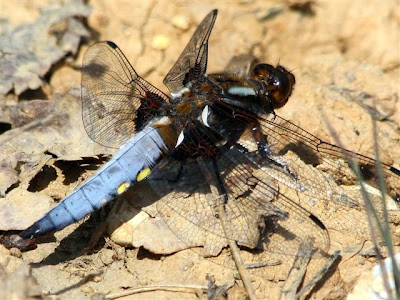 Typical of this species as soon as you try to get too close (even from behind) they fly away. Anyway my patience eventually paid off although the strong overhead sunshine was rather harsh and he was soon off again chasing and catching up with a female. 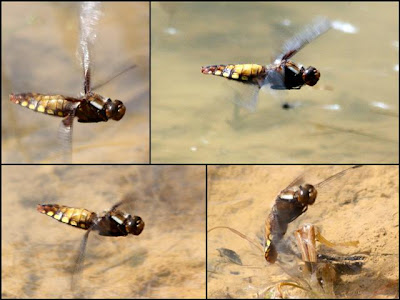 The female hovered briefly just above the water and constantly dipped as she oviposited on the underwater vegetation and then promptly disappeared
. 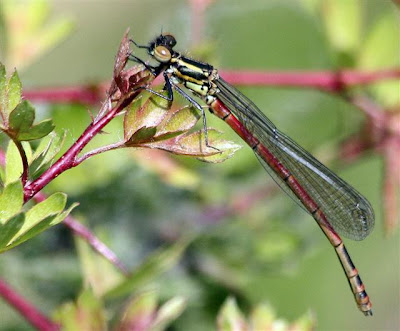 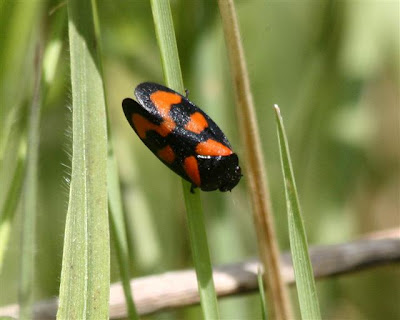 A Black and Red Froghopper (Ceropis vulnerata) paid a brief visit close to where I was resting. The froghopper is very conspicuous, its black body with red markings acting as a warning to predators that it is distasteful. 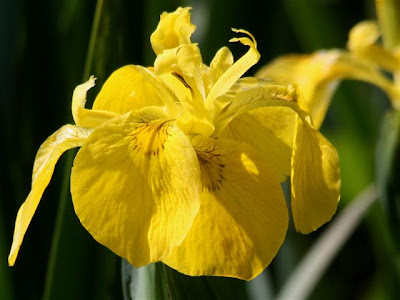 A few of the Flag Iris (I. pseudacorus) provided some additional colour to end my stroll.   FAB.
Posted by FAB at 00:03