Over the last two days I have made two visits to Bookham Common. The first on Friday was to meet up with two ex RHS colleagues and give them a guided birding tour around the various habitats which produced a tally of 35 species although many were heard but not seen. Yesterday Anita and I joined a Surrey Bird Club (SBC) field trip led by Alan Prowse whose knowledge of the common, its resident and migrant species is second to none. 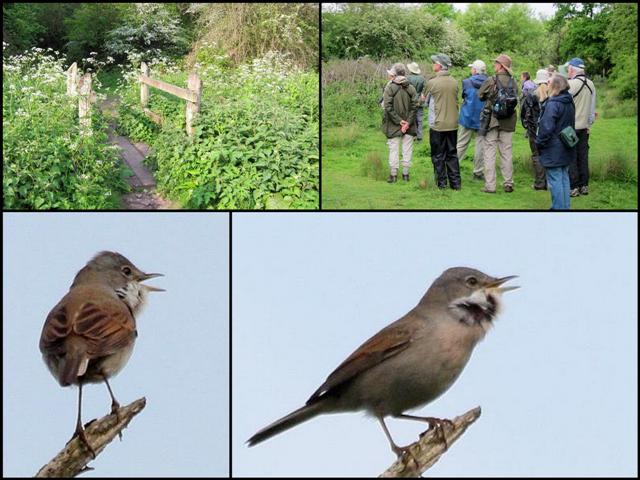 During both visits the most conspicuous specie was the Common Whitethroat singing from their perches and during their brief display flights. We also caught up with the rattling 'tell-tell-tell-tell-tell' song of the Lesser Whitethroat and were fortunate to get some glimpses but not sufficient for the camera. 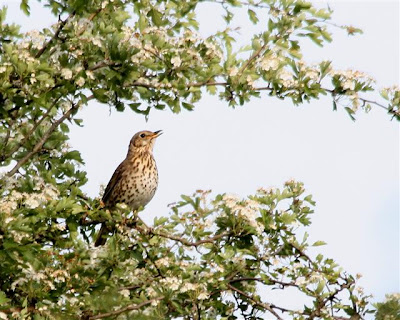 Song Thrush (Turdus philomelos) singing its repeated phrases.
Yesterday two male Cuckoos were seen in flight and we were able to confirm that they were indeed separate individuals from the different length of the second part of their calls. At one moment in time we were watching a Cuckoo while one of three Nightingales provided a background soundtrack with both Blackcap, Garden Warbler and Whitethroat also singing close by. As someone else commented "That experience has definitely gladdened my heart". Other songsters included Chiffchaff, Willow Warbler, Wren, Blackbird, Goldfinch and Greenfinch. Overhead we logged Cormorant, Grey Heron, Buzzard and Kestrel plus the usual corvids. 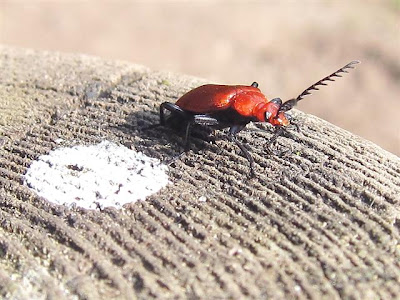 Cardinal Beetle.
The overnight rain certainly made everything look fresh and a few species of Butterflies found themselves in front of the lens. 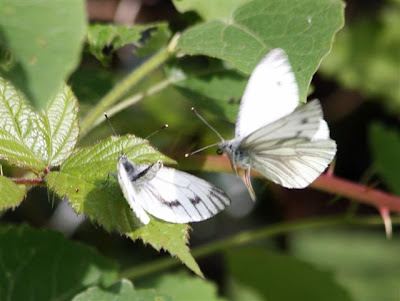 Green-veined Whites lining up for mating. 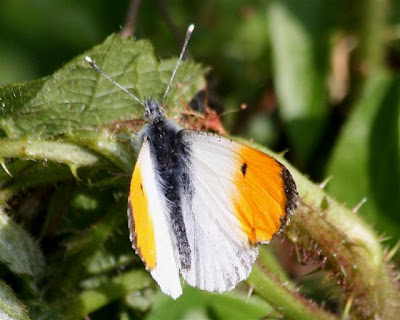 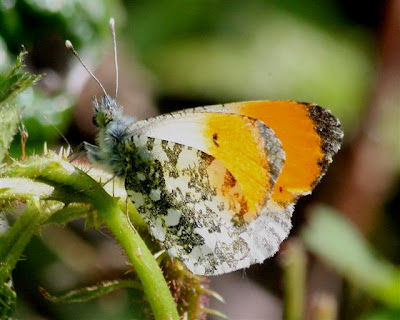 The distinctive under wing pattern.
The ponds which have undergone a major clearance programme are slowly producing more sightings. Ours included Mute Swan, Canada Geese, Little Grebe, Mallard, Coot, Moorhen and a pair of Tufted Ducks.I have no doubt that one day a passing wader will drop in. 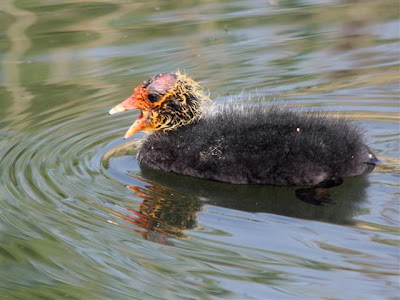 One of a number of young Coot asking to be fed. 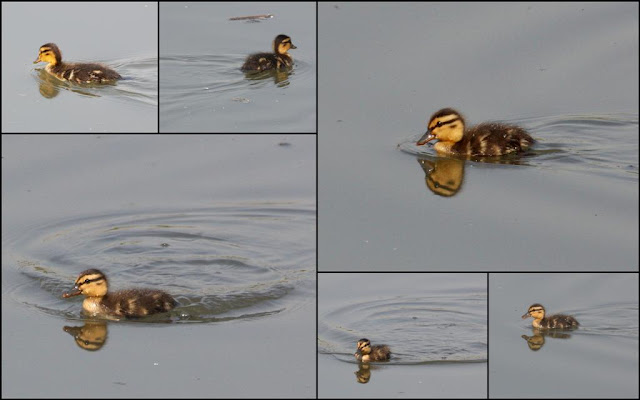 Just a few of the Mallard ducklings totally ignoring their parents. 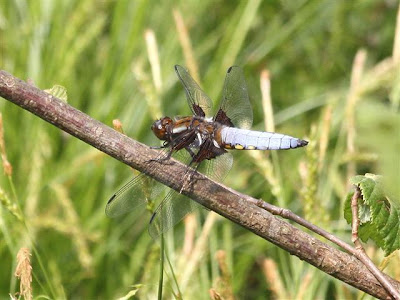 Broad-bodied Chaser (Libellula depressa).
As the months go by the pond margins should produce a decent list of Dragons and Damsels. Our sightings on the second visit also included Swallow, House Martin and the first arrival of Swifts to give me a total of 42 species which has also helped to bump up my year list.  FAB.
Posted by FAB at 01:00