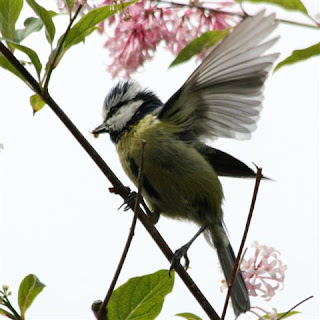 After returning and recovering from the noisy but joyful weekend wedding celebrations it was good to spend some quiet time catching up with the Blue Tit nesting activities in the garden.
Both the male and the female share the feeding programme and are now flying in and out of the nest box with alarming regularity. During the early morning sessions they  were returning with food with monotonous regularity about every minute but as the day wore on the visits became less predictable.
I have also noticed that unless there is any indication of other species in the vicinity or possible predators flying overhead (Magpie, Crow etc.) they rarely perch in the nearby Lilac but fly directly into the next box, often without even perching at the hole. 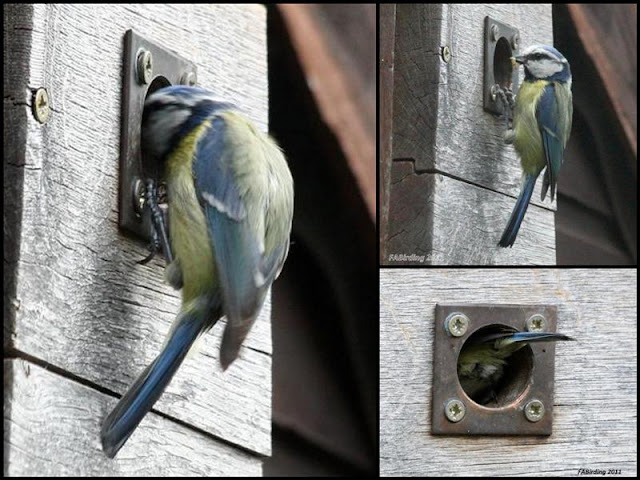 During this session I just sat in the garden chair and took a few pot shots (hand held) by focusing on the nest box plate and hoping for the best! 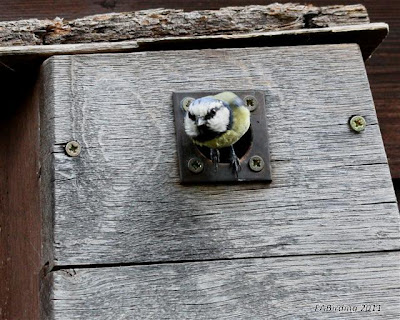 Capturing them leaving was a test of both patience and anticipating their departure schedule. 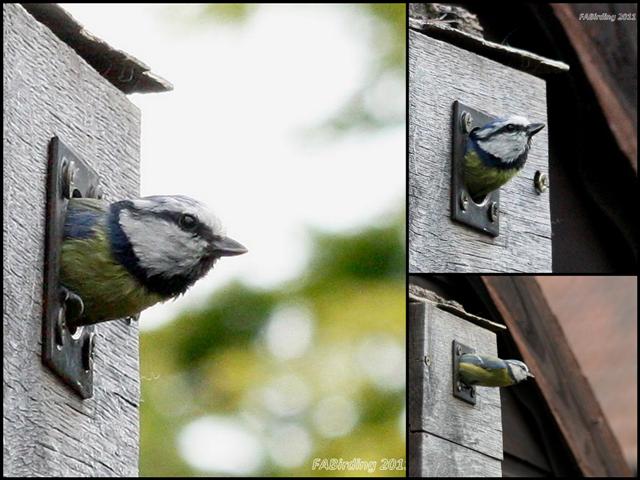 Once a head appeared I started to fire off a few frames but as usual most of the 2nd and 3rd shots were just a blank canvas as this little species launches itself into flight faster than I can say 'gotcha'! 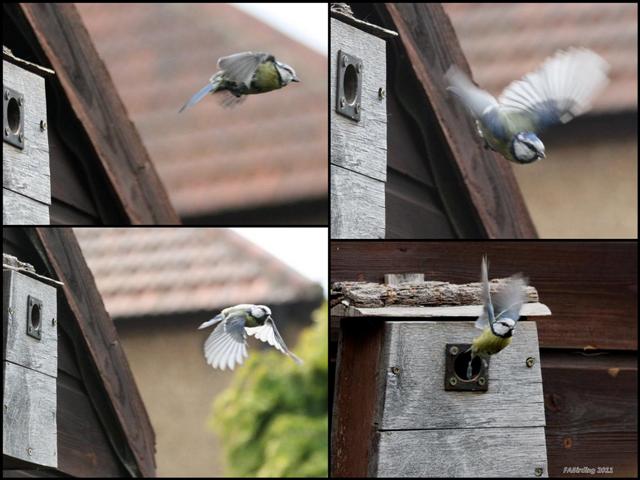 Occasionally I was just lucky to find that these little torpedo's were actually 'captured in the frame' but often slightly out of focus. 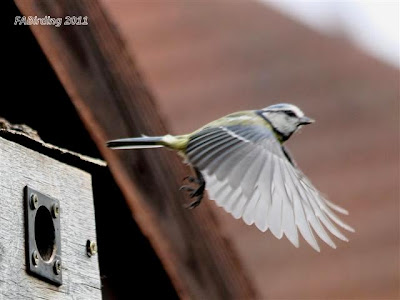 I then tried picking a manual focus point in line with the nest box hole and increasing the shutter speed (anywhere between 1/1000 - 1/1600 @ F/4.5) but keeping the ISO under 800 even though at times the overhead skies were somewhat dull. 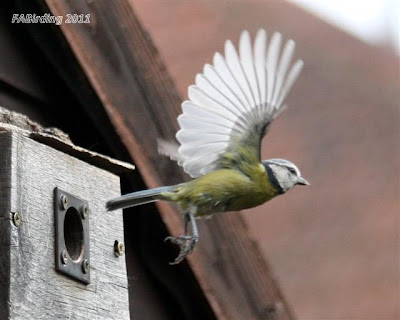 More practice is definitely required and I have no doubt that the use of a tripod and the remote release would probably improve on yesterdays efforts. Anyway it was fun watching this pair going about their rigorous daily routine. How many days before fledging? ... Your guess is as good as mine.   FAB.

Please check out WORLD BIRD WEDNESDAY for more avian activity from around the globe.
Posted by FAB at 01:17