The alarm kicked off before 4am this morning and during our drive to Hatchlands Park N.T. in the dark we caught snippets of Robin and Blackbird singing plus a Tawny Owl flew directly in front of the car ... was this a good omen for the forthcoming event despite the cold and breezy conditions?
At 5am, with the darkness receding and a gathered throng of 28 including 6 children, Dan (Head Gardener) made the introductions for the Dawn Chorus walk with Great Tit, Blackbird, Robin, Jackdaw, Woodpigeon and a distant calling Cuckoo providing the initial sounds for our ears. Just as I was explaining the reasons for the morning chorus a nearby Wren blasted out its alarm call and behind me a Tawny Owl flew into a tree uttered its 'kewick' call and immediately departed. During the next 30 minutes or so we saw a Common Buzzard and added the sounds of Blue Tit, Chaffinch, Carrion Crow plus Great Spotted Woodpecker knocking; the laughing 'yaffle' of a Green Woodpecker; the high pitched 'zree-zree-zree' of a Goldcrest, our smallest resident species; Chiffchaff singing its name from a very high perch and then the jittery chattering followed by melancholy flute-like notes of a Blackcap who was located deep in cover with a female in close proximity. 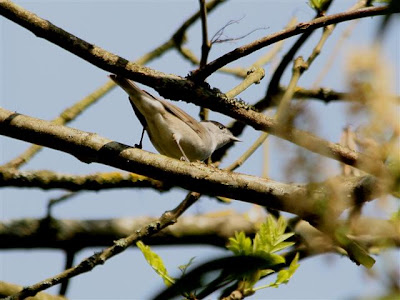 Male Blackcap.
As we crested the highest point in the park the views over the countryside opened up. A pair of Mandarin Ducks were disturbed from their overnight tree roost and promptly flew away. Mallard and Canada Geese were also spotted flying over the park as a Blue Tit constantly flew in and out of a nest hole in the tree above our heads with mouthfuls of caterpillars. Pheasant and Magpie patrolled the fence line of one of the woodlands. 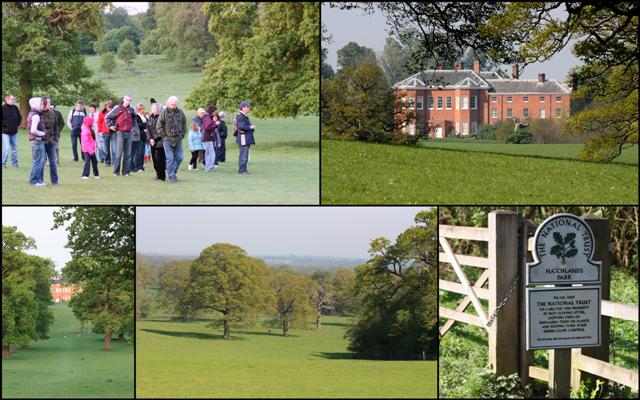 The park is also home to a herd of Dexter cattle. We enjoyed the first of several encounters with this breed which originated from south-west Ireland and are descended from the predominantly black cattle of the early Celts and were introduced to England in 1882. 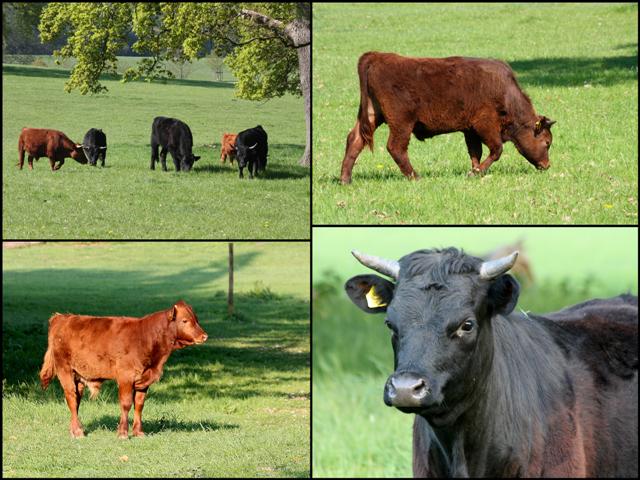 The breed comes in three colours, predominantly black, but also in red and dun. They are extremely hardy and can live outside all year round. As the smallest British breed of cattle they are very efficient food converters and are a dual purpose breed (milk and meat) with the average weight of a cow being about 300 kgs. and standing approx 36" to 42" at the shoulder. The youngster (bottom left above) is just over a week old and growing fast.
Our route took us through Little Wix Wood but as expected the carpet of Bluebells was looking somewhat jaded ... probably at its best some ten days ago but it was nice to get some relief from the strong cold easterly breeze. This link will show the views I saw on the 19 April. The repeated phrases of a Song Thrush emanated from within the shaded woodland. 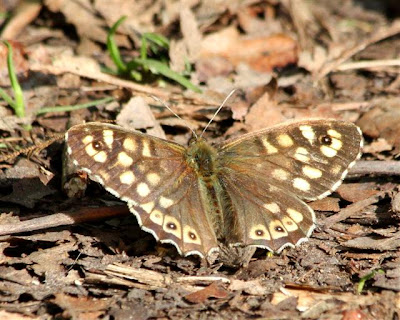 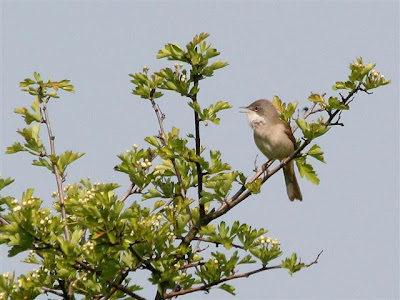 At the northern most boundary we listened to the scratchy call of a 'Nettle Creeper' - Common Whitethroat and located it as it moved along the hawthorn hedgerow. Despite careful scanning we didn't locate a Treecreeper but heard the 'chuitt - chuitt - chuitt' call of a Nuthatch while a small stream of Long-tailed Tits flitted overhead. Looking out over the nearby farmland also produced a Sparrowhawk flying away and the distant song of a Skylark. 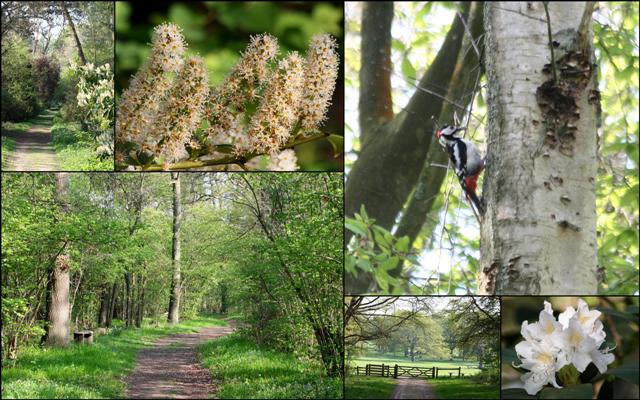 At the pond we added Greylag and Egyptian Goose, Mallard and Moorhen before heading into the courtyard  where Greenfinch, Goldfinch and Pied Wagtail were seen before entering the tea room for a welcome bacon sarnie and a hot drink.
My notes show that 41 species were heard and or seen during our leisurely early morning stroll and back at home we added Hobby, Sparrowhawk and a Kestrel flying over the garden.    FAB.
Posted by FAB at 23:24