A butterfly that is often found in the same habitat as the Common Blue and often confused with the females of several blue species is the Brown Argus (Aricia agestis). 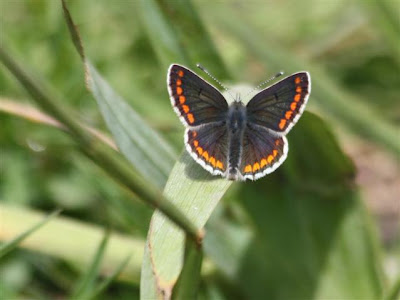 Until the 1900s this species was declining through to the loss of its chalk and limestone grassland habitats due to agricultural improvements in southern England but it has subsequently increased it range and adapted to other habitats. 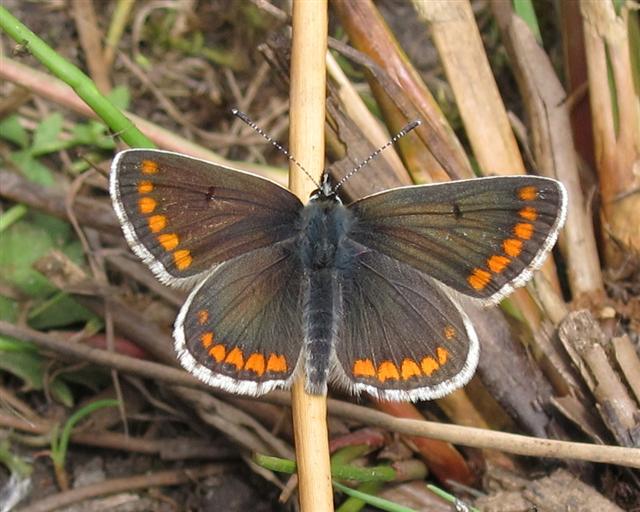 Once again the compact Canon S95 came into it own as this male decided to rest from its territorial battles with a Common Blue. 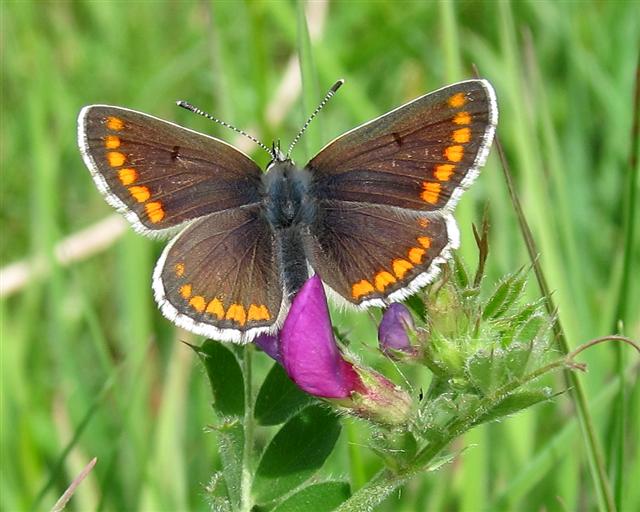 Wherever you are I hope you have an enjoyable wildlife watching weekend. FAB.
Posted by FAB at 00:19