As the sun was shining at long last I decided to make a relatively early start on my local patch and was soon watching a flock of 20 plus Lesser Redpoll actively feeding directly above my head. 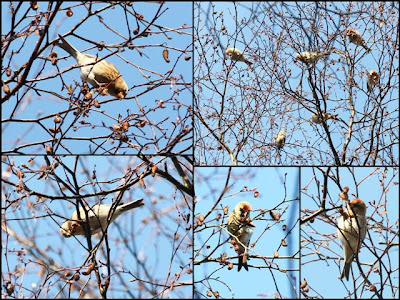 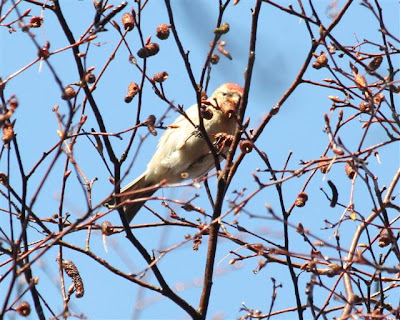 focus on an individual that might show the distinctive red cap. 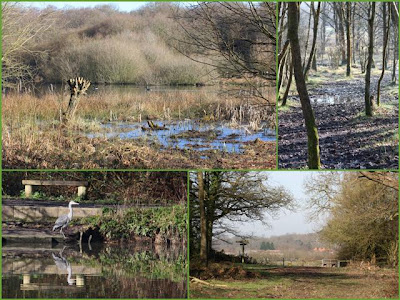 Although the sun was shining it is still very damp underfoot. Limited activity on the ponds with only Mallard, Coot, Moorhen, Grey Heron, Canada Geese plus overflying Cormorant and Parakeet. No sign of the Mandarin or Teal but I suspect they were well hidden away. 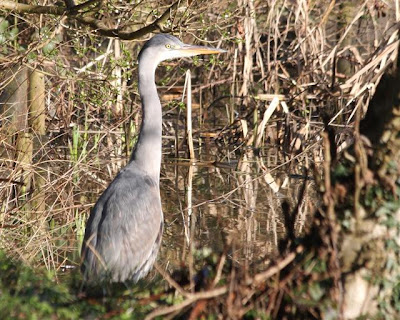 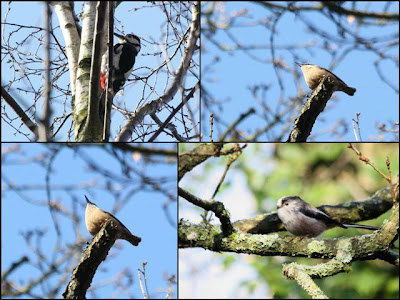 Through the woodlands I watched six Nuthatch busily feeding and chasing one another; several pairs of Great Spotted Woodpeckers displaying plus brief sightings of a Goldcrest and various Tits including the Long-tailed. The usual Corvids, Blackbird, Song Thrush, Robin, Wren and Lapwing  were also seen. Hearing a distant but distinctive mewing call helped me to locate a pair of Common Buzzard (another patch first for 2011) perched in trees on the farm fields just before they took flight and headed north-west. Soon after they departed the birds started singing again including the Skylarks. 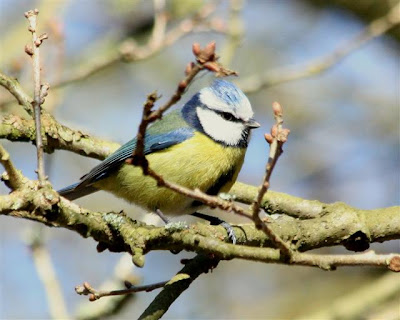 Final photo-op was a confiding Blue Tit before heading home for a cuppa and lunch.    FAB.
Posted by FAB at 23:54