Earlier this week (Tuesday) I enjoyed a few hours in the sunshine at WWT Barnes. 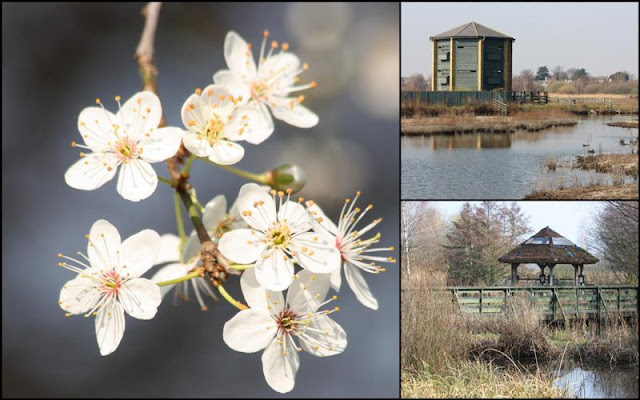 Whilst the centre was alive with school children enjoying various activities including pond dipping the hides were very quiet probably because most of the birds were fairly distant. 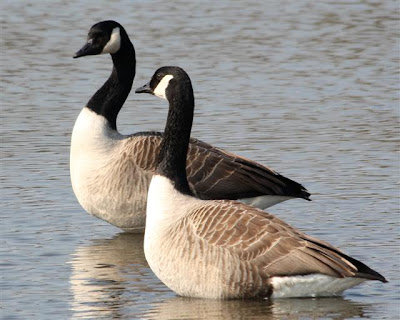 After half an hour in the hide overlooking the waterlogged scrape the only close visitors were a pair of Canada Geese who settled for a few minutes before taking flight. 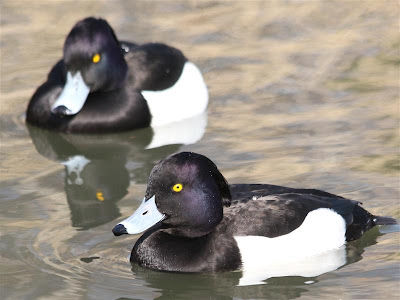 and a couple of male Tufties. 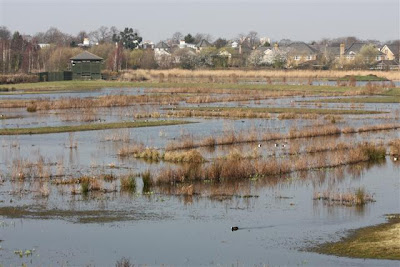 The view from the Peacock Tower over the grazing marsh was somewhat similar so I headed towards 'Wildside' on the other side of the reserve. 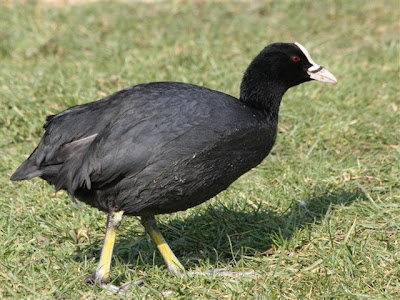 Coot with some damaged feathers strutting across the grass. 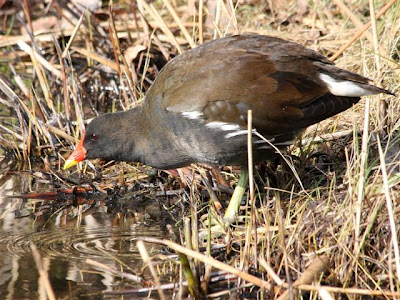 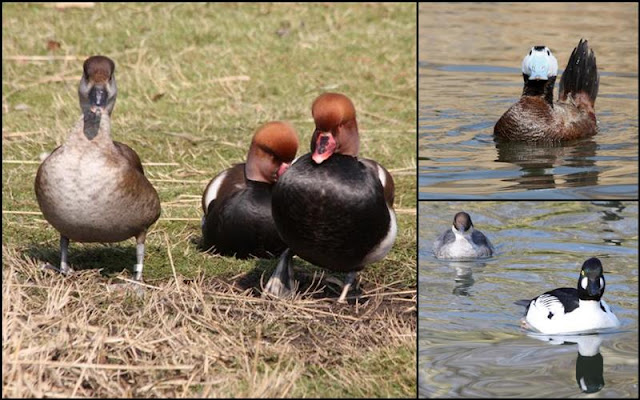 I stopped for a while to capture some of the 'collection' species including Red-crested Pochard, a male White-headed Duck and the Goldeneye with a red head Smew in tow. As I wandered the pathways the striking call of a Cetti's Warbler pierced the air and Goldfinches twittered above my head. 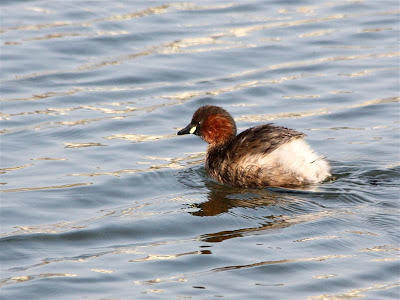 Once again there was very little activity from the furthest hide apart from a couple of Dabchicks (Little Grebe). On my return route there was a small collection of people staring across one of the water channels at the distant reedbed. A search through the bins (I'd decided to leave the scope at home!) and I eventually located the distinctive brown camouflaged outline of a BITTERN well hidden in the reeds. It maintained its station while occasionally preening for some 20 minutes but then decided to move out into the open. 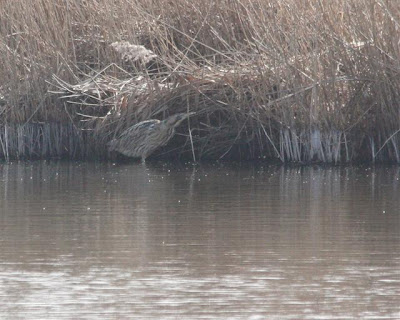 Unfortunately it was really too far for the 70-300 lens and the overhead sun didn't help focussing but I managed a cropped record shot that will have to do for the time being. Within a few moments this elusive species was out of sight .... until another day perhaps.  FAB.
Posted by FAB at 00:14