A drive southwards to Hayling Island on Friday to visit Anita's parents provided an opportunity for me to take a stroll at the disused Oyster Beds.
The early 19th century was probably the hey day of the Hayling Island oyster beds but in 1902 when new drainage / sewerage pipes were laid to meet increasing housing development the outfall into the harbour nearby caused major pollution and the oyster business failed. In the 1980's a large volume of rubble was 'dumped' into the beds. Many of the 'bunds' have been breached so nearly all of this previously protected area is now tidal. 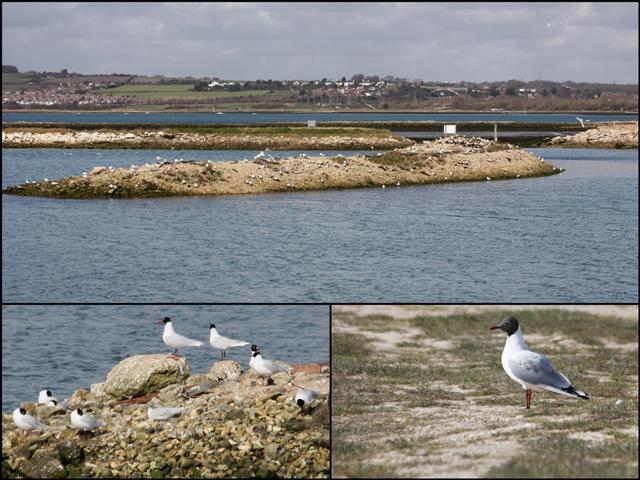 Despite high tide being some hours away there was very little on the water apart from two species of gulls: the more common Black-headed (Larus ridibundus) [bottom RH image] which is poorly named as in breeding plumage it has a dark chocolate brown head and the gull that does sport a black head, the MEDITERRANEAN (Larus melanocephalus) plus a thicker and blood red bill with its distinctive white eye. When this species stretches its head the black cap can appear to extend much further down the neck. 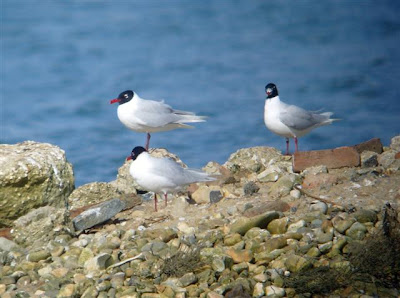 With a very strong westerly wind I attempted a couple of digiscoped shots [above and below] of  the Meds out on the closest bund and  estimated that at least 30 individuals were encamped on this rubble island and constantly moving the Black-headed Gulls away from their space. 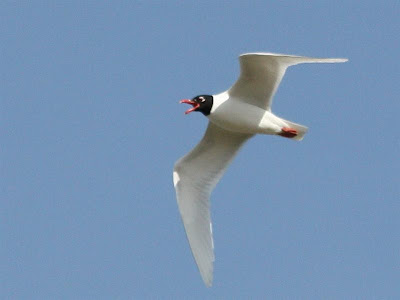 Eventually an opportunity arose to capture this special species in flight with the DSLR and 70-300 lens. 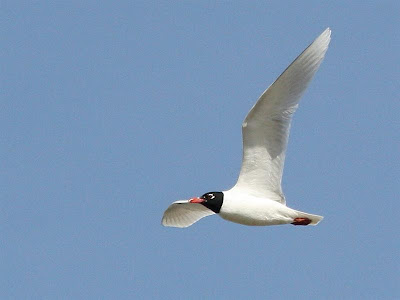