On Tuesday I decided to head out in the car and see if I could add a few extra sightings to my year list and visit a few locations that I have not been to for some time. 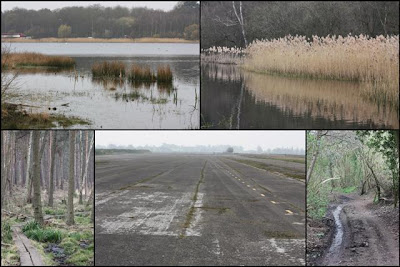 First stop was Bouldermere Lake close to the M25 / A3 juntion where I followed the short boardwalk to overlook the water. Nothing new but I did log Mute Swans, Canada Geese, Mallard, plenty of Tufties, Teal, a pair of Wigeon, Gadwall, Pochard, Coot, Cormorant and Great Crested Grebes. 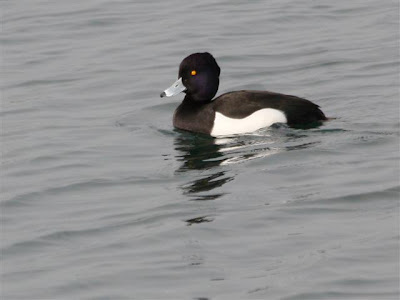 This male Tuftie was the only one close enough for a picture. I then strolled onto the old, deserted Wisley Airfield where I watched several Chiffchaffs and Wrens singing while apair of Red-legged Partridge easily evaded the lens. Standing on the deserted tarmack I was regailed with the display flight and beautiful song of numerous Skylarks but again they were not approachable. 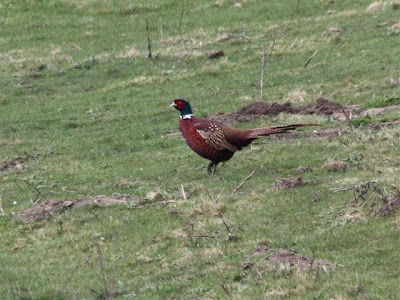 A Pheasant strutted down the grassy slope while Dunnocks, Chiffchaff and a Blackcap sang nearby. 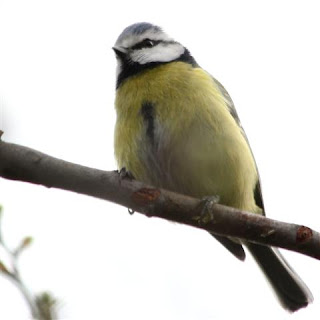 One Blue Tit hung around for a brief photocall as a Grey Heron flew overhead. On my return walk back to the car I watched four Common Buzzards soaring upwards and westwards over the motorway. My final port of call was the open expanses of water at Staines Reservoir. Lots of Black-headed Gulls and I eventually  scoped a couple of Little Gulls. 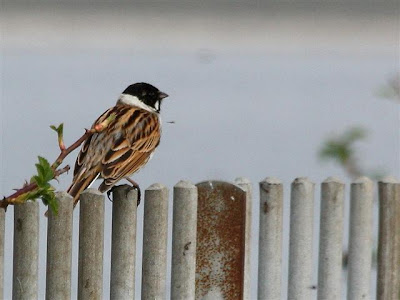 Male Reed Bunting taking a rest on the fence with masses of recently hatched midges swirling around everything including my head! 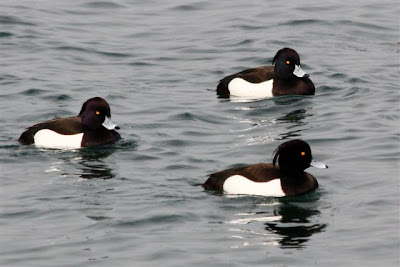 Other species on the water, apart from the Tufties, were Shoveler, Wigeon, Mallard, Teal, Goldeneye and Great Crested Grebes. However the main purpose of the visit to this location was to attempt to catch up with a Great Northern Diver. 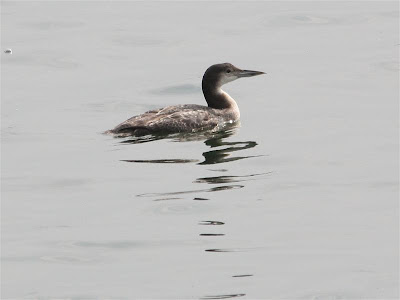 Great Northern Diver.
Fortunately the water was fairly still and although my quarry was at some distance I managed a couple of shots that have been heavily cropped. 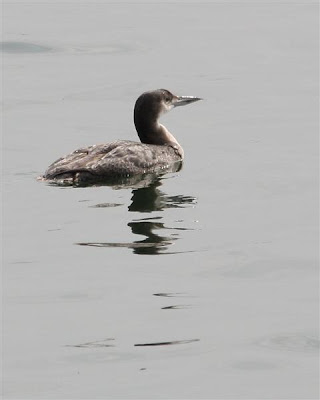 A very enjoyable few hours out the fresh air plus three additions to the 2011 list.  FAB.
Posted by FAB at 01:50