During my 90 minute stroll at Epsom Common late morning today the majority of the species logged were by sound rather than by sight against background noises that included yapping and barking dogs plus a low overflying helicopter. The pond held 11 Canada Geese, occasionally squabbling with one another, plus the usual Mallards, Moorhen and a single lazy Cormorant. No sign of any Mandarins ... probably hiding from the dog walkers! Wren, Robin, Blackbird and Song Thrush were all singing from various locations around the pond and twittering overhead were Blue and Long-tailed Tits. 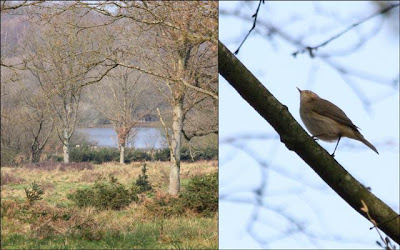 Great Tits were less numerous but as usual their calls were somewhat varied, from the scolding 'che..che..che' to the more common constant 'didger, didger, didger' sound that to the untrained ear could easily be mistaken for the Chiffchaff (Phylloscopus collybita) our earliest returning migrant warbler. I saw at least six separate Chiffchaff singing from their high treetop perches (see above) and heard a few others calling throughout my stroll. A silent Dunnock evaded the lens while Great Spotted Woodpeckers drummed repeatedly against dead wood while occasionally announcing there presence with a short, sharp 'kick, kick..kick!' A Green Woodpecker evaded my eyes but blurted out its distinctive 'yaffle' laugh. Way in the distance I thought I heard the mewing 'piiyay' of a bird of prey but the call wasn't repeated. A few minutes later my attention was drawn to the repeated and increasing crescendo of 'krrrr, krrrr ... krrrr' calls from a group of Carrion Crows and a search with the bins located them mobbing and chasing a Common Buzzard across the open sky. 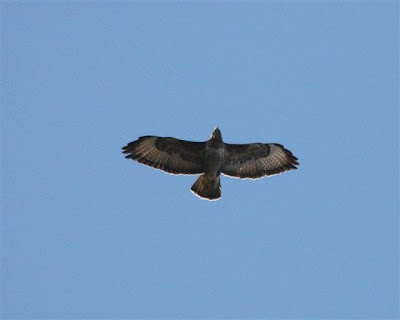 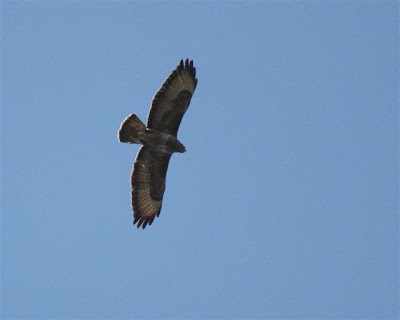 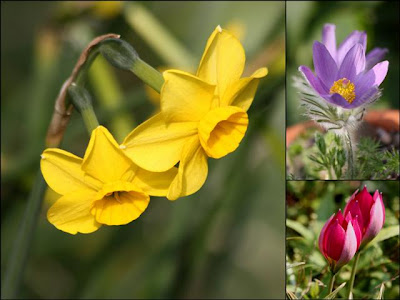 Back at home the sounds came from the twittering House Sparrows hiding in the privet hedge, Parakeets squawking overhead and the 'doo, doooo, do' from the Collard Doves while I enjoyed a cup of tea outside in the sunshine together with the colourful array of spring blooms.  FAB.
Posted by FAB at 22:56