At long last the weather improved and we drove to Stoke Lake & Watermeadows for an early afternoon walk.

Initial sounds on reaching the Wey Navigation were a Blackcap singing from deep in the wooded area plus Great & Blue Tits, Greenfinch and Chaffinches moving through the branches overhead. On the water were 3 male Mallard and one female with 10 chicks. 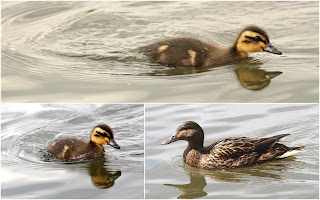 Following the path to the lake we saw Jay, Blackbird, Robin and Chifchaff calling. The next sound was the call of a COMMON TERN flying overhead. Hopefully they will take up residence on the raft on the lake and successfully breed providing there is no disturbance this year from 'hooligans' swimming out to the raft and destroying their man-made habitat. 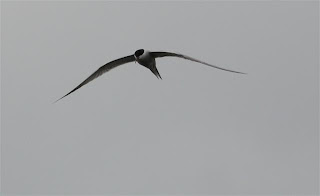 Other species on the lake were Coot, Moorhen, Cormorant, a Great-crested Grebe and many Canada Geese mostly hauled up on the island. The one below was blowing bubbles as it drifted passed us.

On my last visit (21st Feb) I was delighted to see the return of Skylarks. This species is very much under threat from loss of suitable habitat and the open grassland above the lake has been a prime nesting site in the past but difficult to protect without fencing off a very large area. Guildford Borough Council have put up signs requesting visitors to keep to the recognised paths and to keep dogs under control. Let's just hope that everyone complies! As we headed for the lower marsh a Skylark ascended in song flight. 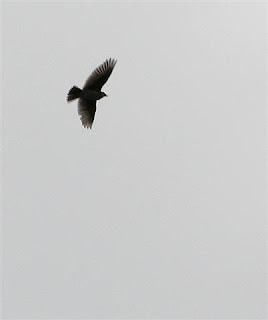 The boardwalk across the marsh has still not been rebuilt and the only sighting at some distance was a Deer hiding in the grass. 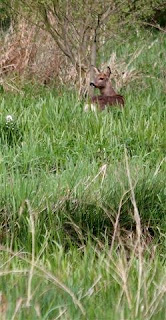 On our way to the lock there were more sightings of singing Blackcap and Chiffchaffs plus Dunnock and Jay. Two Pied Wagtails were perched briefly on the bridge before being disturbed by activity at the lock including this steam-powered boat. 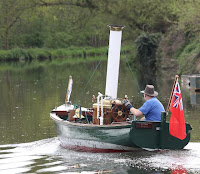 From the lock we walked back along the Wey Navigation listening to vocal Wrens singing and saw two more male Blackcaps.

Throughout our walk we saw a few butterflies, including Yellow Brimstone's & Orange Tips who due to their active flying defied any photos, but this Peacock sat still just long enough! 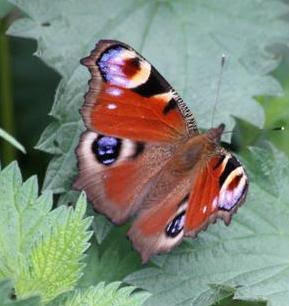 A Mute Swan that has been getting down and dirty. 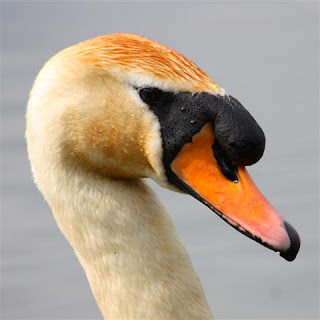 A Greylag on the wet meadow. First he shakes his wings & then stretches up on his toes. 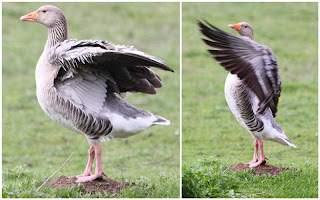 Using the bins we were able to locate 2 Egyptian Geese way out on the grazing fields, but no evidence of Grey Wagtails at the weir...probably disturbed by the large number of bike riders and walkers.