A pair of Long-tailed Tits has been visiting our garden since late January. They usually announce themselves with their soft “tupp” or thin “si-si-si” calls as they communicate with one another whilst searching for tiny insects amongst the plants or taking seed from the feeders. Like most small birds they rarely sit still for very long and yesterday, late afternoon, was no exception as they appeared under the patio canopy close to the dining room window. Fortunately the camera was by my side so I was able to fire off a few frames through the double glazing as they darted from perch to perch and then disappeared just as quickly as they had first appeared. 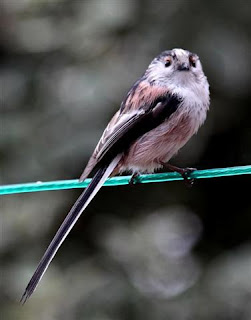 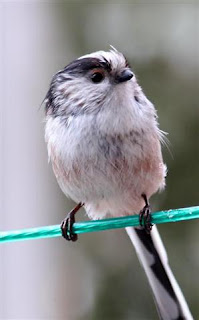 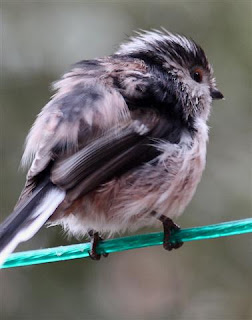 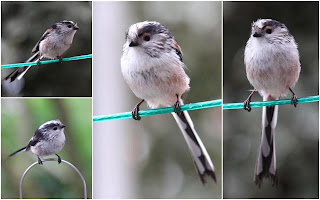