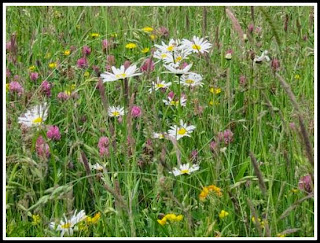 I was slow to rise and get going this morning and as a brief dip into my local patch just before midday only produced a single male Tufted Duck, Moorhen, Coot and Grey Heron on the Great Pond I decided to drive down to Riverside Country Park for a wander around the lake.
There were several spots alongside the waters edge where the wild flowers were putting on a good show and amongst the grasses I noticed a few Damselflies flitting hither and thither but rarely stopping to rest. Undeterred I continued my search around a patch of thicker bramble vegetation and found a pair of Blue-tailed Damselflies (Ischnura elegans) in a mating wheel. 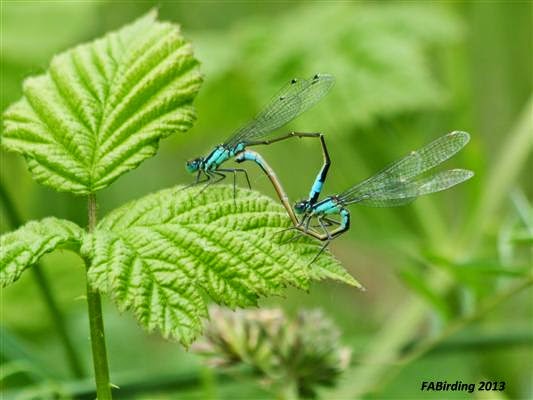 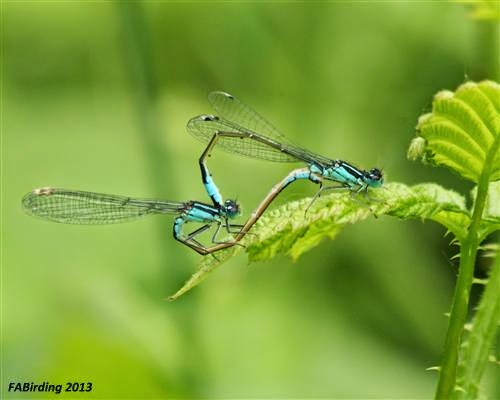 I wasn't overly happy with the results using the 450D plus 70-300 lens handheld so I reverted to my Cannon PowerShot S95 for a more detailed close up view (see below) which clearly shows the two distinctive features that distinguishes this species from the rarer Scare Blue-tailed; the blue at the end of the abdomen is present on both segments 8 and 9 and the male has a long bicoloured pterostigma on its fore wing. 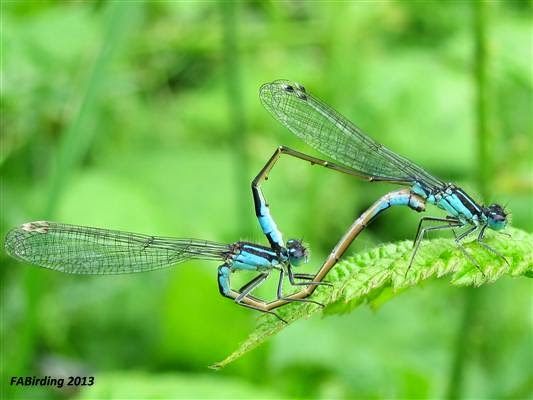 While snapping this co-operative pair I missed a Common Tern fishing right behind me! Other sightings included a nice patch of Marsh Orchids and Hoverflies visiting various nectar sources. 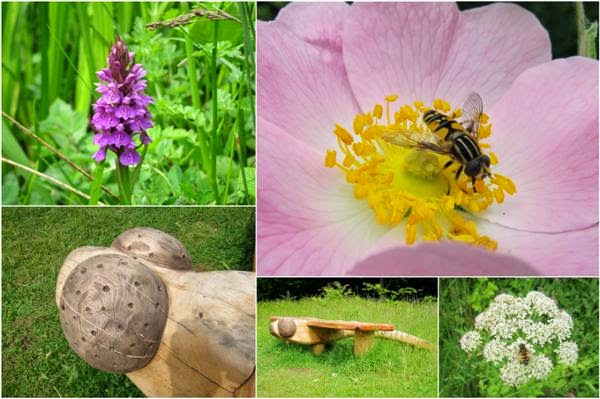 The only dragonfly I found was a large unnamed version where I was able to rest my weary legs. You can view all the Dragons and Damsels I have photographed by clicking this link.  FAB.

Linking to Nature Notes.
Posted by FAB at 23:52