Singing in the wind. 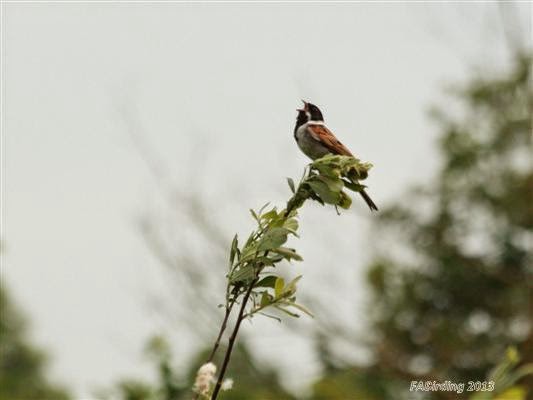 I don't know why any bird would pick such an unstable perch to announce its presence on such a blustery day but this male Reed Bunting (Emberiza schoeniclus) continued to sing with brief silent interludes for over 10 minutes whilst rocking back and forth.
To listen to its song with the sounds of Wren and Reed Warbler in the background just as I did during a visit to RSPB Lakenheath, exactly a week ago, please click on the recording below. 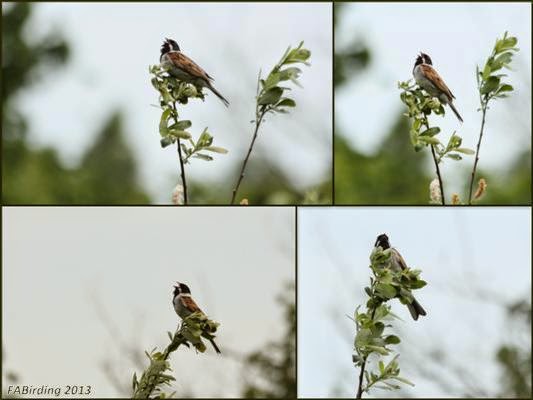 Its conservation status was classified as RED following a rapid decline of more than 50% from the mid 1970's to the mid 1980's but with evidence of some recovery in numbers it was moved to the AMBER list in 2009. Because of its association with wetland breeding habitats (reedbed and riverine scrub), it has been informally known in the past as the 'water sparrow'.
Interesting fact: Over 50% of Reed Bunting chicks are not fathered by the pair male but are the result of an adulterous liaison, the highest recorded rate of any bird.

Linking to Feathers on Friday and I'D-Rather-B-Birdin'.
Posted by FAB at 15:58