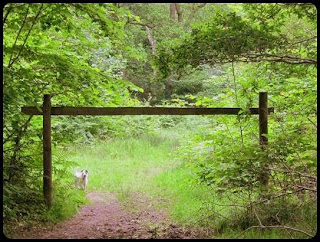 On Friday I thought it was time that I searched for some more butterflies so I headed over to Bookham Common and walked the numerous tree lined grassy tracks but the only species I found was a Speckled Wood.
At my favourite woodland glade the ferns were already as tall as me and birch saplings had sprung up invading nearly a third of the previously open area which was also devoid of any flutters. I therefore revised my plan and turned my attention to what was available but waiting for any of the various Blue Damselflies to stop flying around was going to test my  patience!

So here is the selection that made it onto my memory card. 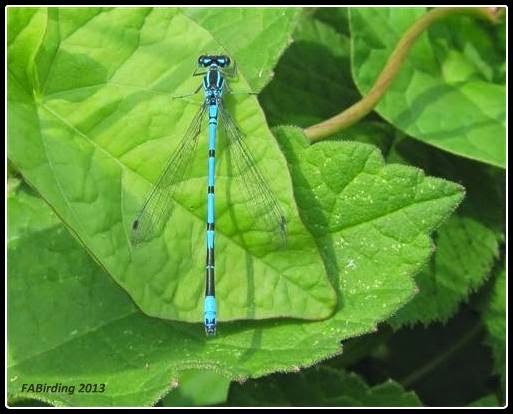 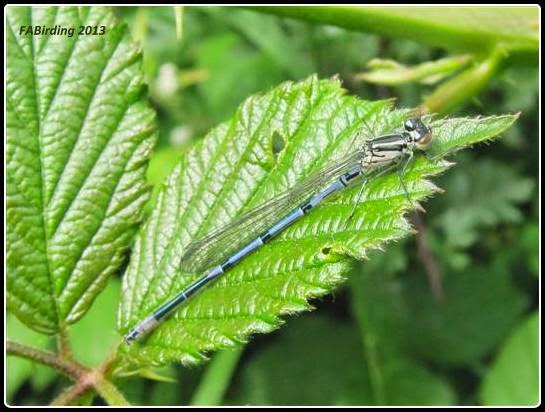 An immature male Azure changing from pale mauve to blue. 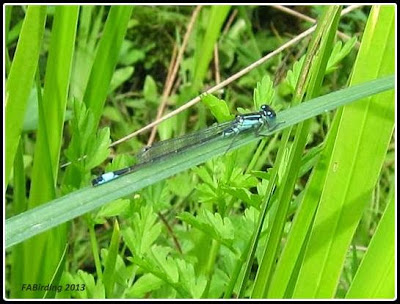 The second species noted was the Blue-tailed Damselfly (Ischnura elegans).

Mature males are fairly easy to identify as they have a metallic-black abdomen with a bright blue spot at the "tail" (segment 8), blue thorax, blue eyes plus the long bicoloured pterostigma on the fore wing which is present on all forms of this species. However on 'teneral' males the thorax and S8 are violet and on immature males the thorax is green but S8 is blue.

If you thought that was confusing then consider the females who can vary with at least 5 different colour forms: [1] rufescens form which emerge with a reddish-pink thorax and after about 8 days changes to yellowish-brown to become the mature version rufescens-obsoleta. [2] violacea form that starts life with a violet thorax but can then mature into either the [a] andromorph with colour and markings very similar to the mature males or into [b] infuscans which can be found with either a green or brownish thorax. 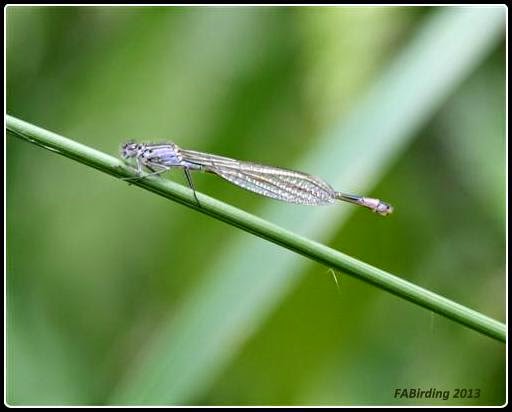 Based on the pale blueish-mauve colour of the thorax and S8 I initially thought this was a teneral male but in view of the very thin antehumeral line it is more likely to be an immature female Blue-tailed (Ischnura elegans) form violacea. [Many thanks to Noushka  for her assistance with the identification.] 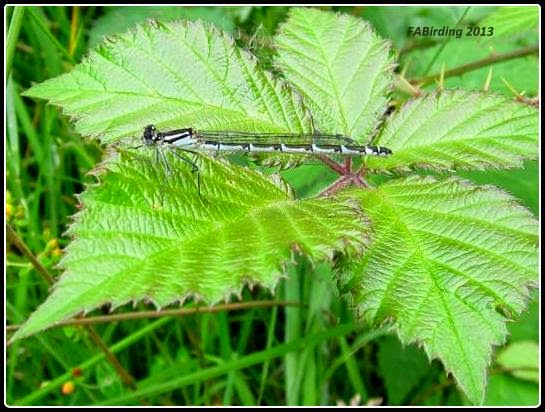 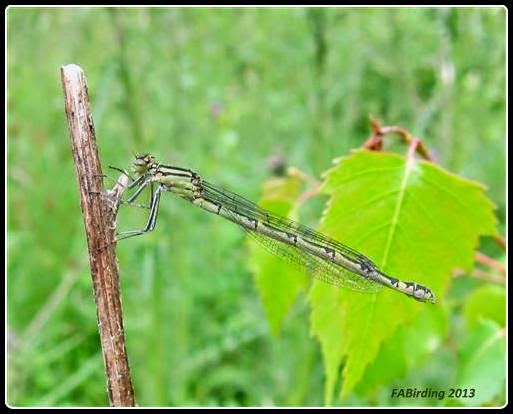 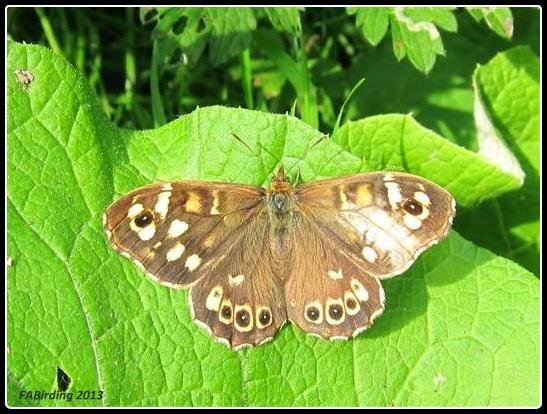 And finally the only butterfly on parade ... a Speckled Wood.   FAB.

Linking to  Macro Monday 2 and Nature Notes.
Posted by FAB at 01:46