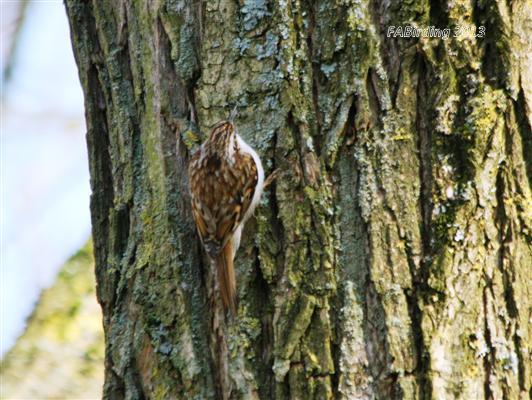 Now this is the usual view I get of a [Eurasian] Treecreeper (Certhia familiaris) as it scampers onwards and upwards, often moving out of sight, before disappearing off to the base of another tree. I never fail to be mesmerized by this little bird as it purposely creeps upwards seeking out bugs and insects from the crevices in the bark. It is generally quiet and unobtrusive in its brown-spotted camouflage colours making it difficult to focus on against the lichen strewn tree bark. 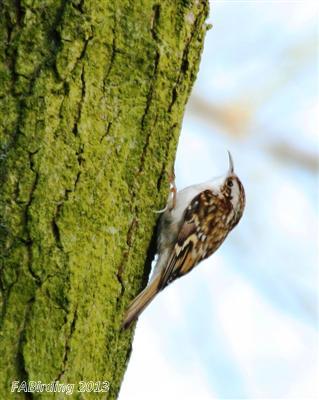 However, once in a blue moon, I get the chance to capture some images that show its other features; the thin, slightly decurved bill, its long hind-claw and the stiff tail-feathers which enables it to ascend vertically just like an ice climber wearing crampons and using an ice axe to maintain stability plus its striking white underparts, the bold supercilium and the distinctive big notch in the wing-bar that forms a 'right-angle indentation'. 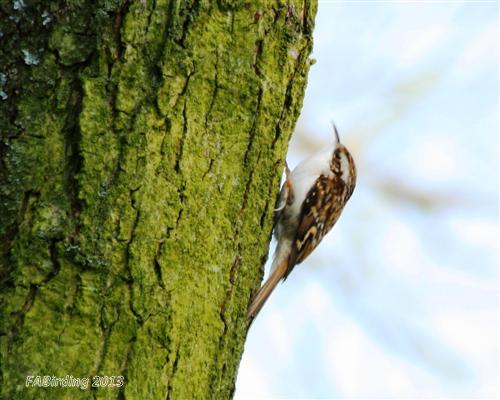 I bet it will be some time before I get that view through the lens again!   FAB.

Linking to Wild Bird Wednesday and Nature Notes.
Posted by FAB at 16:03