I mentioned in a recent post when photographing a Four Spotted Chaser that I had seen a few Broad-bodied Chasers but hadn't found one at rest. 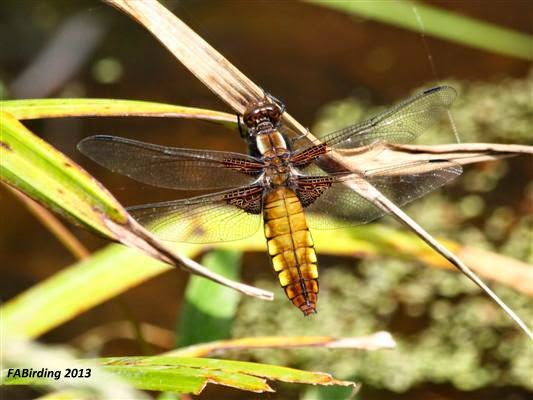 Yesterday that all changed, but as soon as I focused on this immature female Broad-bodied Chaser (Libellula depressa) and pressed the shutter she decided to move. 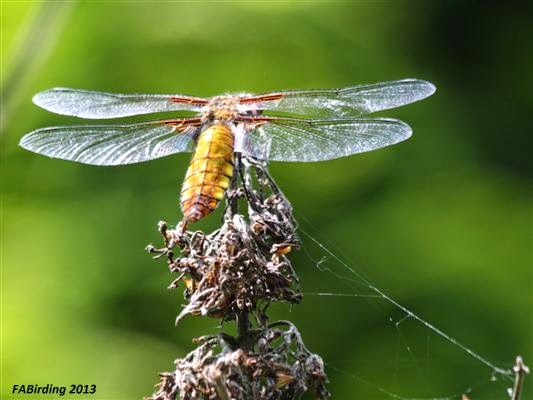 Instead of re-perching at low level this individual decided to fly upwards and stop some 25 feet above me. Not an ideal position to capture her in detail but at least you can see her shimmering wings bathed in yesterdays much enjoyed sunshine. 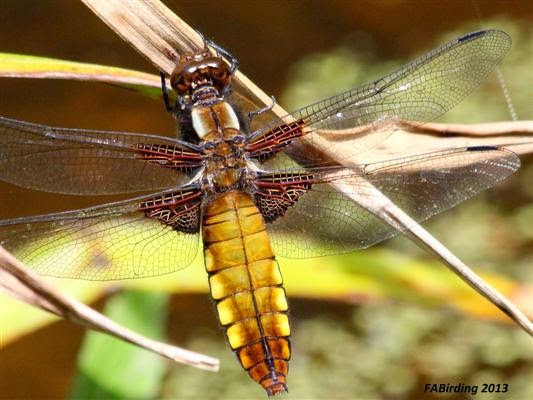 A close up shows the broad, flattened abdomen (which in males is pale blue) and intricate brown markings at the base of the wings. I wonder which species will be next?   FAB.

Linking to NF Winged and Camera Critters.
Posted by FAB at 19:31