A Stroll in the Park

Yesterday morning, but not too early, I met up with Tricia for a stroll in Richmond Park. The car instruments suggested an outside air temperature of just 0.5C but with no wind and well wrapped up this should be a doddle although the forecast did suggest sleet at some time during the day! So suitably clad and equipment over our shoulders we headed off towards Penn Ponds our eyes searching for any avian activity while catching up on each others recent activities.

Richmond Park extends over some 955 hectares (2,360 acres) and is a heritage landscape of national importance. It was enclosed as a hunting park by Charles I in 1637 and still retains many ingredients of a medieval deer park. Essential to its character is the rich landscape of semi-natural acidic grassland, areas of bog and bracken, wetland, woodland and ancient parkland trees, and the herds of fallow and red deer that still roam the park. In 1992 the park was notified as a Site of Special Scientific Interest by English Nature.

A group of Parakeets were drinking from a muddy pathway puddle but flew off to their typical high perches before I could get close enough for a decent shot. A brief view of a male Great Spotted Woodpecker was greatfully accepted as it fervently tapped away for a meal. As we neared the pond it was obvious that it was 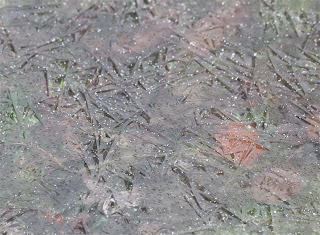 cold by the frozen puddles and it had started to snow so this was definitely going to test my basic camera skills! Occupants on the pond included Mallard, Pochards, Tufted Ducks, Mute Swans, Moorhen and Coots. 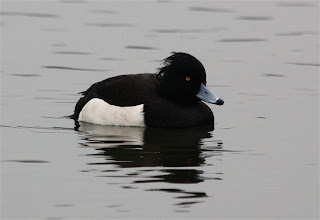 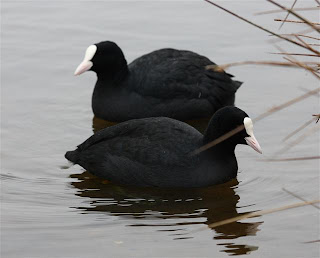 A pair of Coots 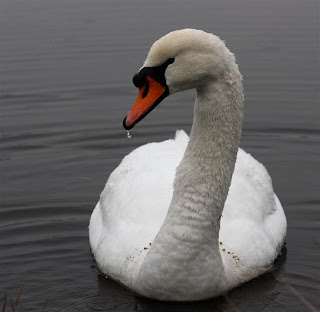 Flitting around the tree lined margins were Blue and Great Tits totally oblivious to the changing weather conditions. While attempting to keep our gear dry we headed over to the smaller lower pond to be greeted 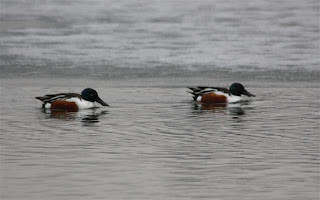 by a pair of male Shovellers spinning around in circles but not unexpectedly they moved further away as we approached the waterside, so just a record shot obtained this time. 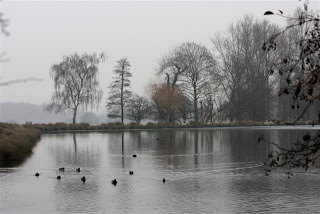 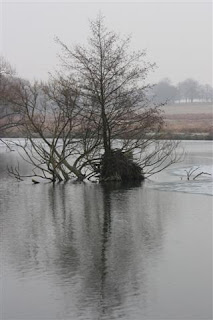 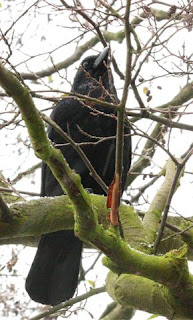 Sheltering from the increasing snow fall beneath a tree and with some timely camera setting tips from Tricia I finally captured a lone Crow surveying its domain just above us. 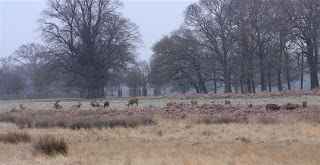 On the rising ground above the ponds we spied a group of Red Deer quietly feeding but with the snow now presenting a real challenge the question was should we continue or return ...... no argument this was an opportunity not to be missed. So the intrepid pair slowly approached their quarry who didn't seem at all interested in our presence. The increasing snowfall definitely played havoc with my auto settings but I managed a few captures that I will share in a later post. Below is a cropped image of the shot I have used for my header. 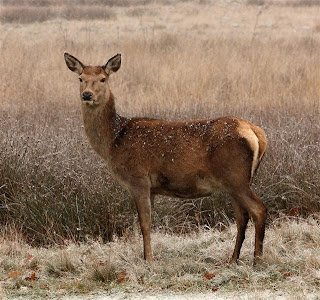 Gear packed away we decided to retrace our steps and below is the view we left behind. 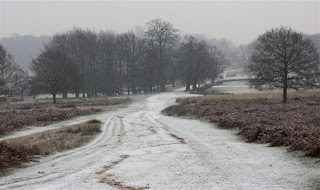 Other sightings included a Kestrel, Green Woodpecker, Starling, Robin, Jackdaws and finally a Pied Wagtail back at Pembroke Lodge where we enjoyed a cuppa and (don't tell my dentist) some chocolate cake. Thanks Tricia for a very pleasant stroll in the park.   FAB