A few wet periods this past week so I had to content myself with shooting some of my regular garden visitors through the window! 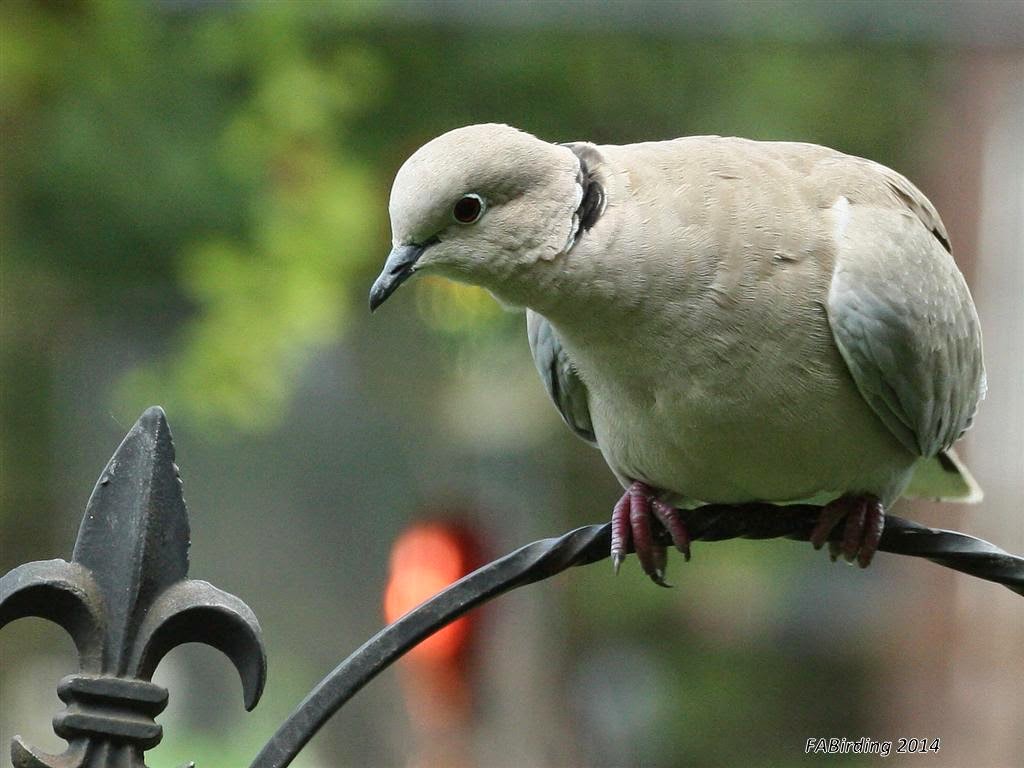 Until the mid 1900's the [Eurasian] Collared Dove (Streptopelia decaocto) was a rarity in the UK. An inexplicable westward surge brought this delicate dusty grey Dove, which originates from the Indian subcontinent, to Britain from Asia. Breeding in the UK was first recorded in Norfolk in 1955 and since then their numbers have sky-rocketed to make them one of our top 10 most common garden birds.

From just four birds known to be present in 1955 the population exploded to a conservative estimate of 15,000 to 25,000 pairs in 1970 [Hudson 1972] and to around 990,000 pairs in 2009. There is little evidence to explain the drivers behind this increase but it appears this species has been able to fill an empty niche and exploit the intermittent seed resources available in gardens and may also have benefited from our milder winters. [Source: BTO birdtrends]. 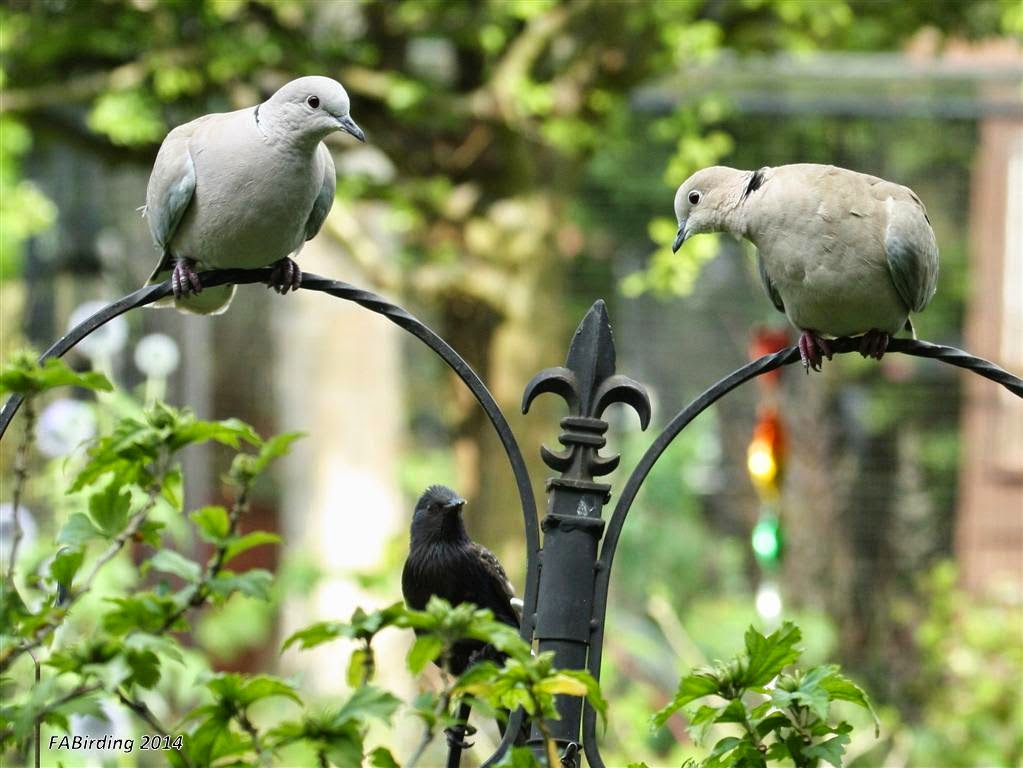 "Mmmm .... I wonder how long that Starling is going to hog the feeder?" 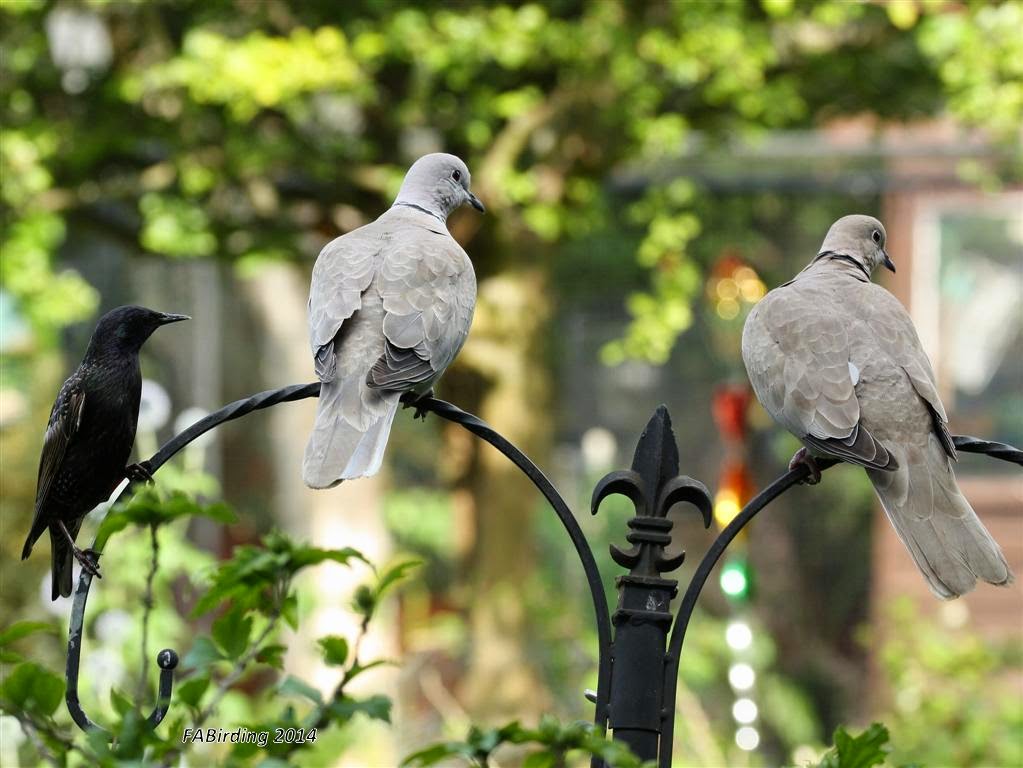 "Perhaps if we ignore him, he'll eventually go away". 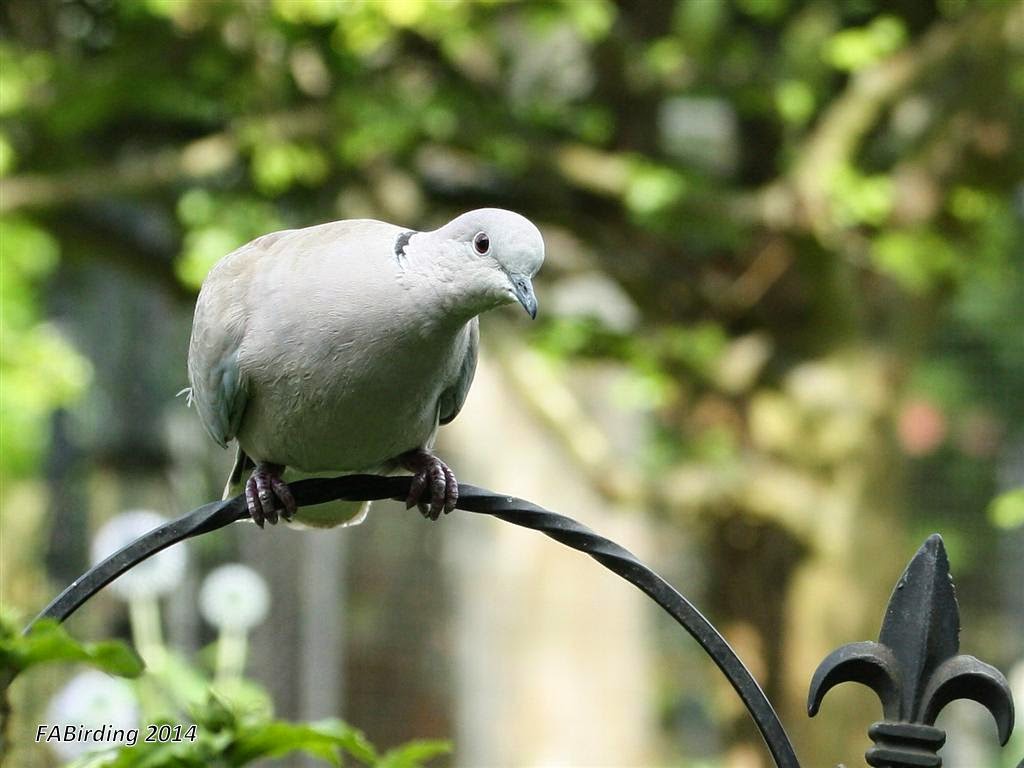 "I think the coast is now clear".

This species was also unknown in North America until the 1970's. Following its introduction to the Bahamas it spread to mainland Florida in the early 1980s, and in the following decades throughout the southeastern United States. Since 2000, Eurasian Collared Doves have spread all over the United States and southern Canada, and more recently have invaded Mexico, Belize, and parts of Costa Rica. So far, to my knowledge,  research has not indicated that its range expansion has had any impact on the native avifauna. [Source: ebird.org]   FAB.

Linking to I'D-Rather-B-Birdin'  and Wild Bird Wednesday.
Posted by FAB at 23:53