Mid morning today I joined a small band of searchers on Chobham Common, the largest National Nature Reserve in south-east England covering an area of 574 hectares of lowland heath. The expanses of heather are broken up by deep valley bogs, isolated pines and patches of grassland, gorse and silver birch that provide a wildlife rich, patchwork of bio-diverse habitats. The main purpose of this field trip was to hopefully locate our most cryptically camouflaged butterfly, the Grayling. 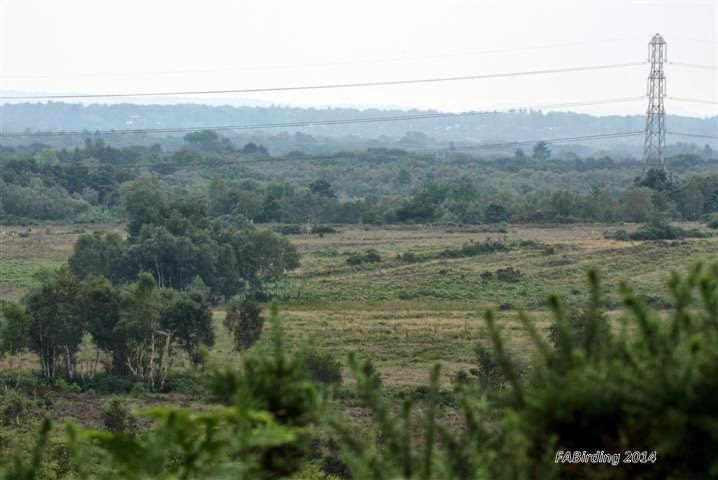 For the first hour or so the conditions were fairly cool, with the sun hidden behind a total cloud blanket and certainly not ideal, so my expectations were very muted although I had already disturbed a Ringlet and Gatekeeper during a brief stroll around the car park perimeter. 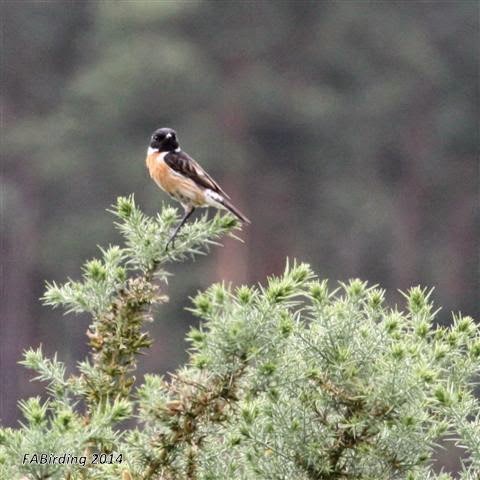 With the lack of sunshine and no butterflies on the wing our attention turned to other winged inhabitants of this lowland heathland.

It didn't take long to pick up the calls of a Stonechat (image on left) and then a brief sighting of a Dartford Warbler as it flew low across the landscape.

We subsequently had slightly better views of another Dartford further into our walk and although too far away for my lens I was finally able to add this heathland specialist to my year list.


While three of us did have an initial encounter with a Grayling (Hipparchia semele) that perched very briefly on one of my fellow walkers before rapidly flying away it was another hour before the temperatures improved and my camera finally locked on to one resting on the bare ground, just presenting its mottled-brown underwing that provides excellent camouflage against most predators. 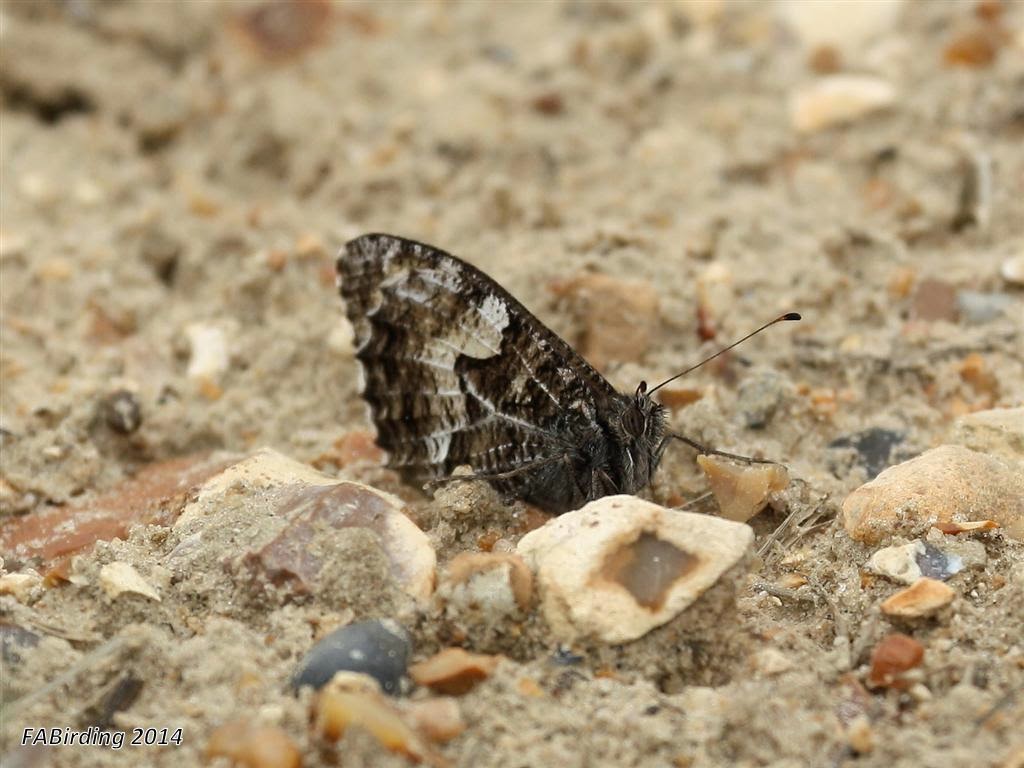 At rest the forewings are usually tucked behind the hind wings, concealing the eyespots and making the butterfly appear smaller but if you are quick enough when an individual first lands then sometimes the eyespot on the fore wing remains visible (see images below). 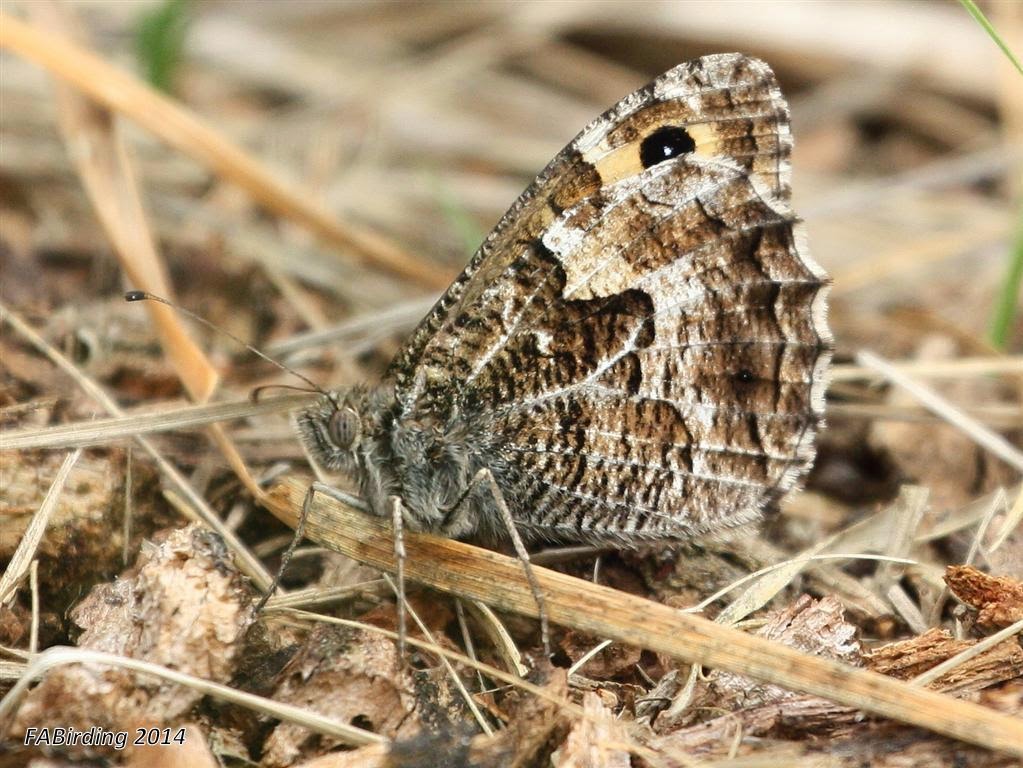 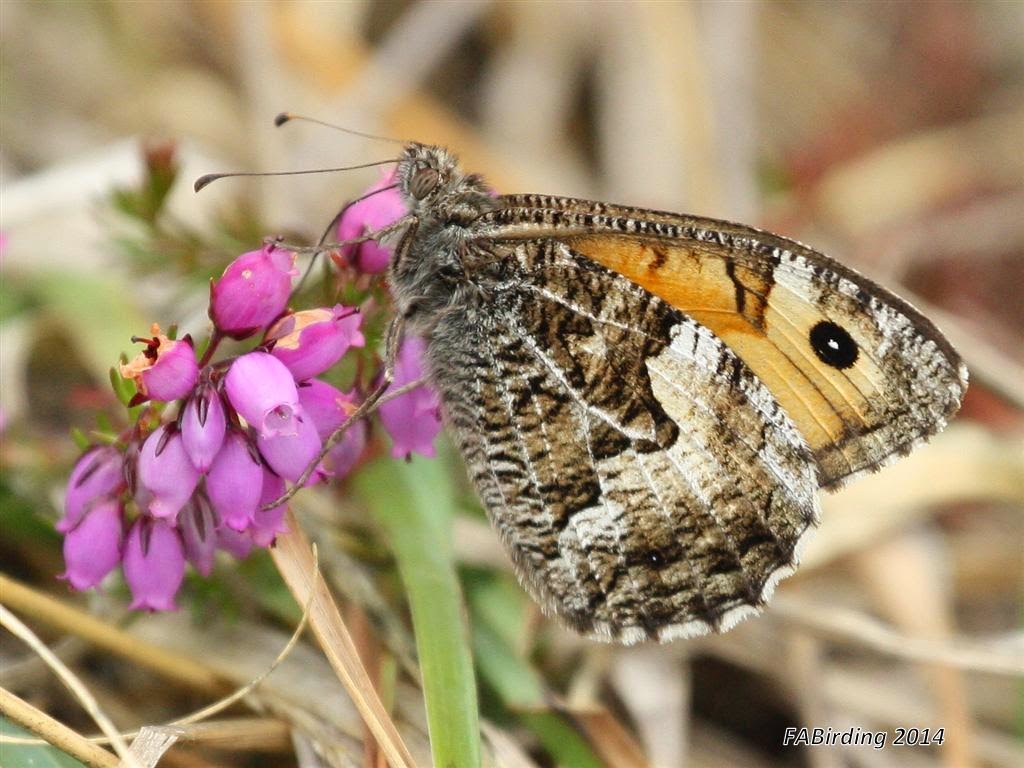