The hillside is alive ... 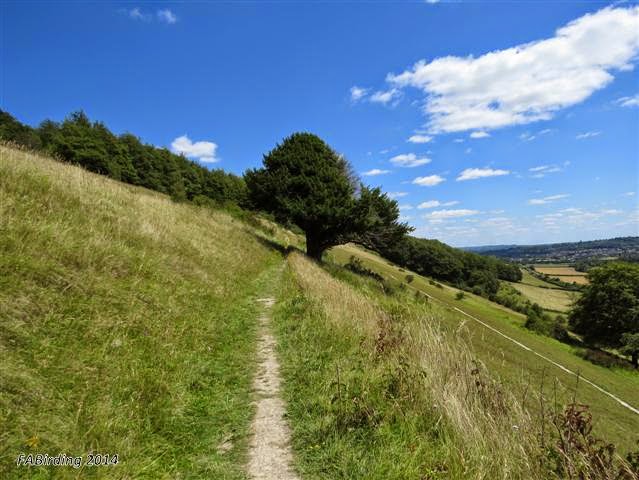 The image above doesn't really do the scene justice as over a distance of  80 yards along this south facing downward slope at Denbies Hillside this morning I logged well in excess of 100 butterflies. Marbled Whites, Common Blue, Meadow Browns, Skippers and two Dark Green Fritillary but the most conspicuous were the numerous Chalkhill Blue (Lysandra coridon) males on the wing. 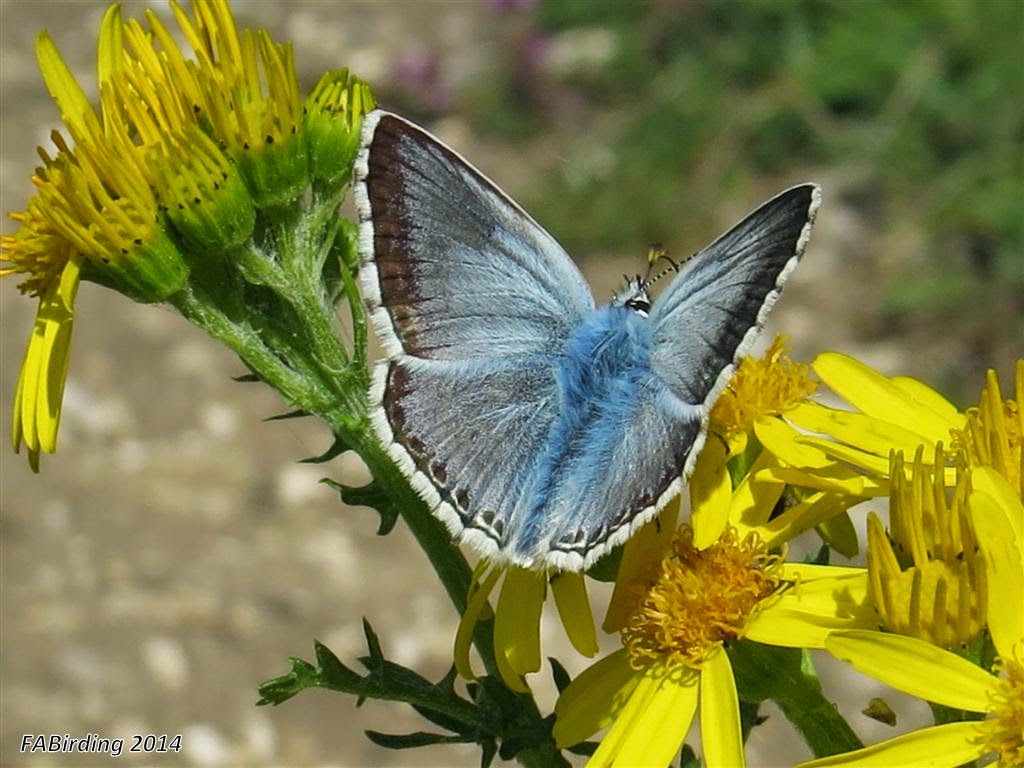 One pristine male perched favourably and then allowed a shot on its under wing pattern (below). 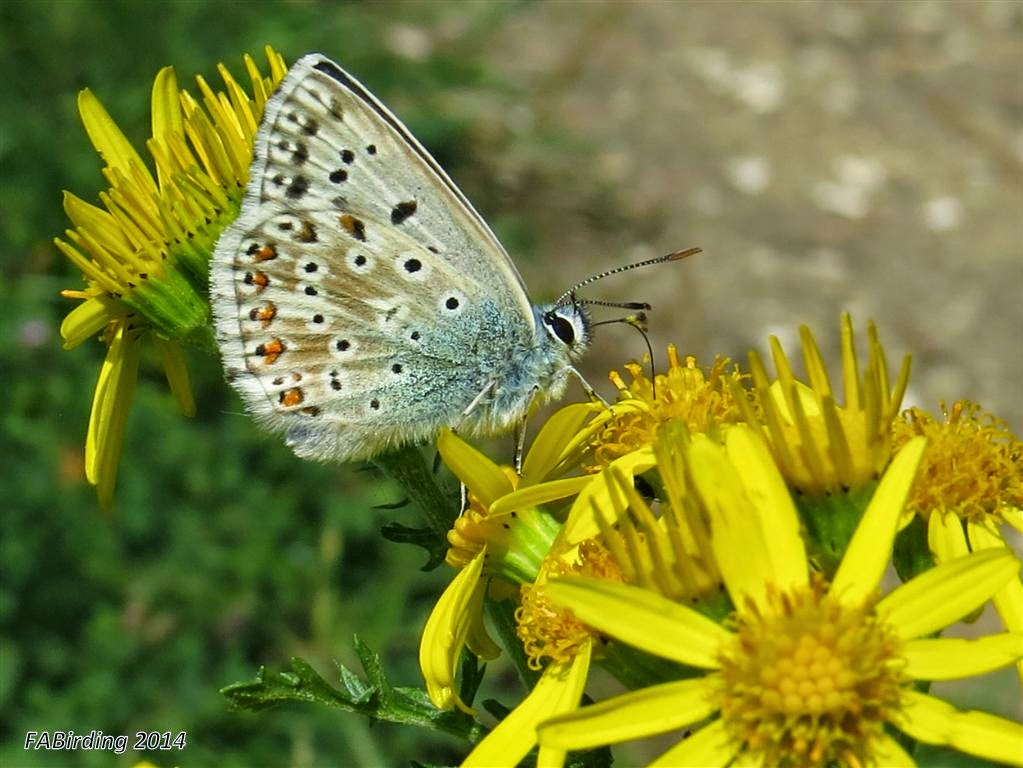 Thanks to the eagle eyes of another 'watcher' on the slopes I was able to locate just one dark female hidden deep within the grasses. 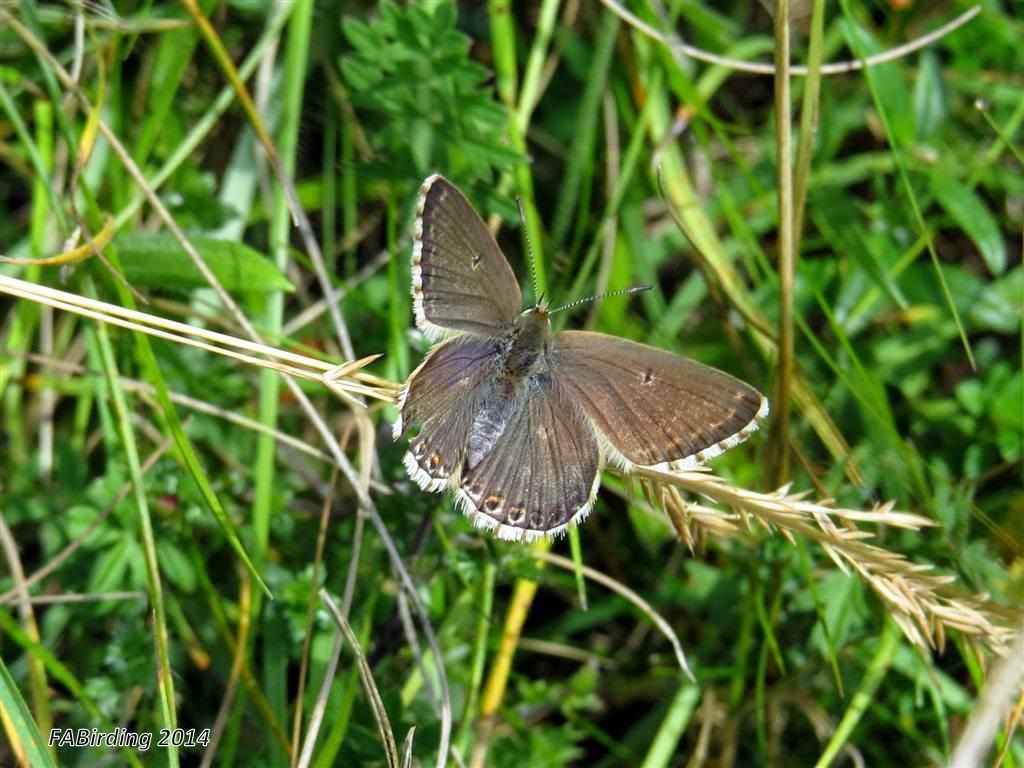 She remained totally unmolested by any males and the crept deeper into the vegetation allowing a momentary view of her under wing pattern before eventually flying away to another hidden location. 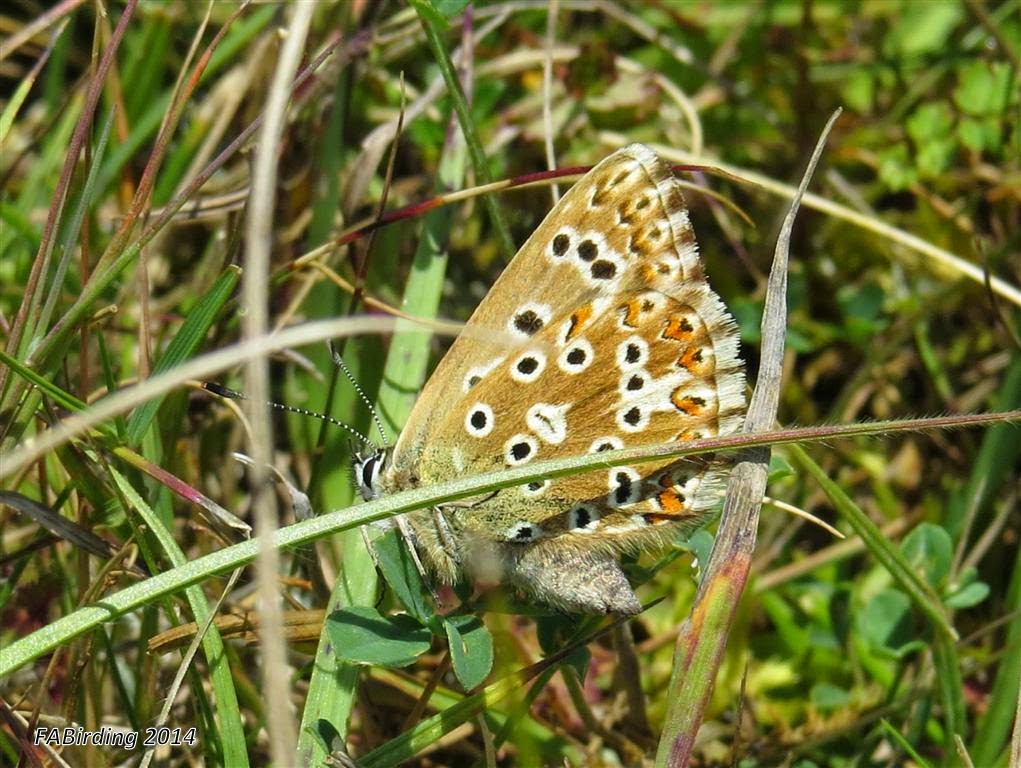 All the above images were taken with the PowerShot SX50 HS. 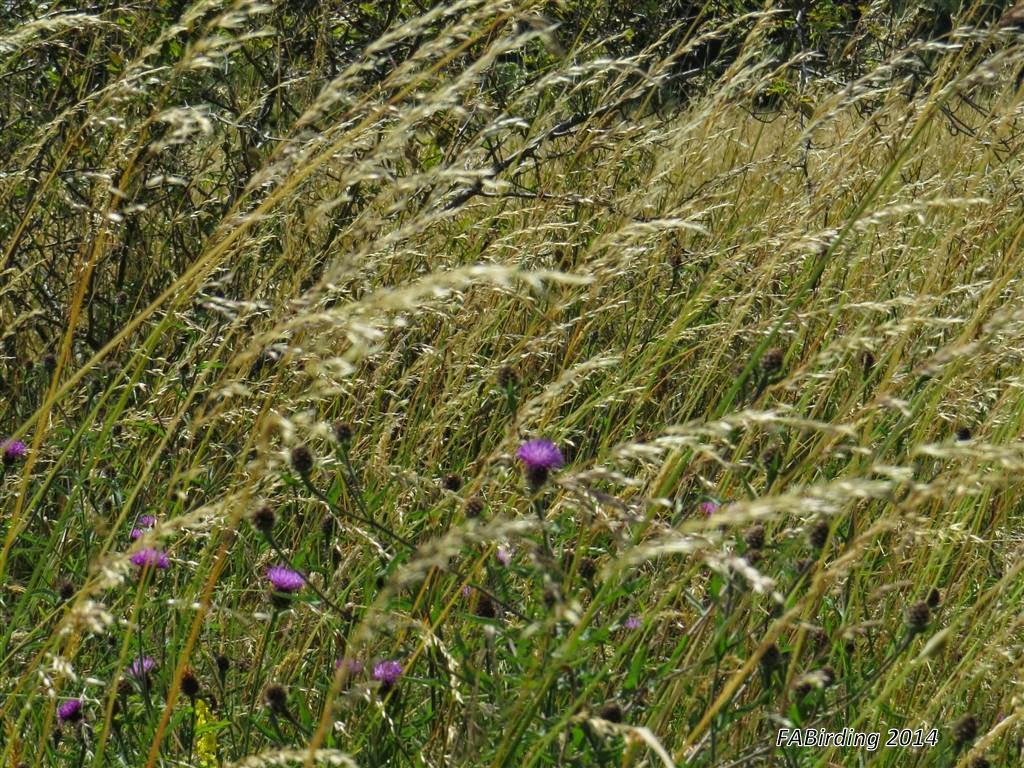 Towards the end of my hillside foray the westerly breeze increased and almost everything took shelter deep within the grassy slope.  FAB.

Linking to Nature Notes.
Posted by FAB at 00:22