During the past few weeks, with post breeding birds tending to hide away, the lens has often been focused on our summer flying butterflies so this post is the first of a series dedicated to the various species I have recently encountered. 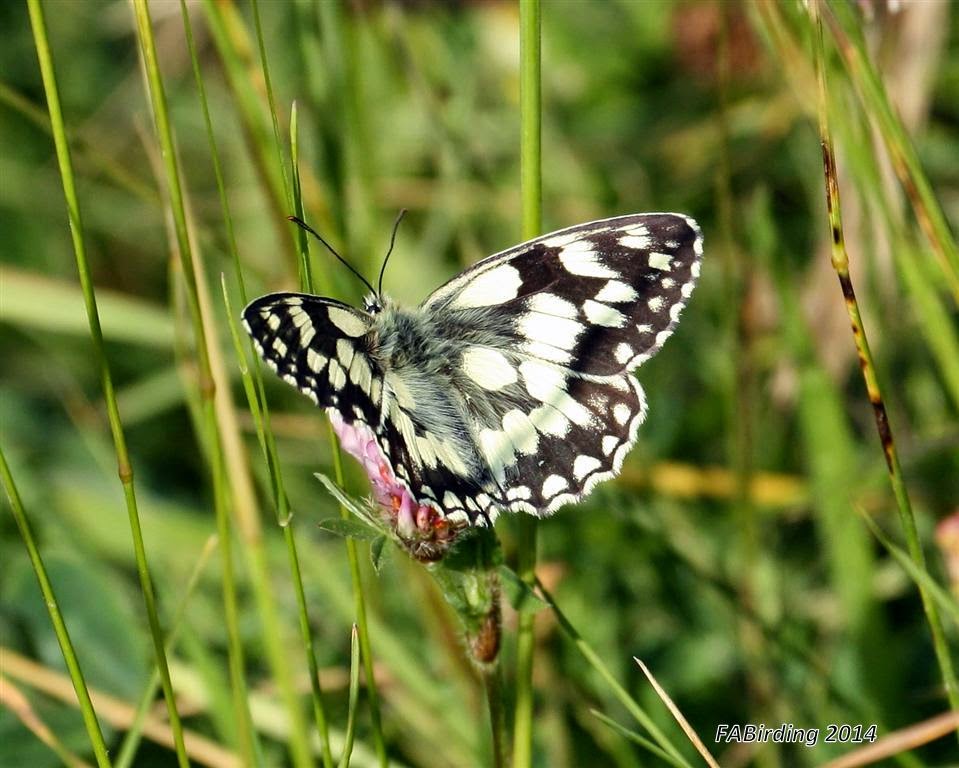 First up is the Marbled White (Melanargia galathea). I have seen this species at various locations including the chalk downland at Denbies Hillside, Ranmore Common where these images were taken on 19th June 2014. 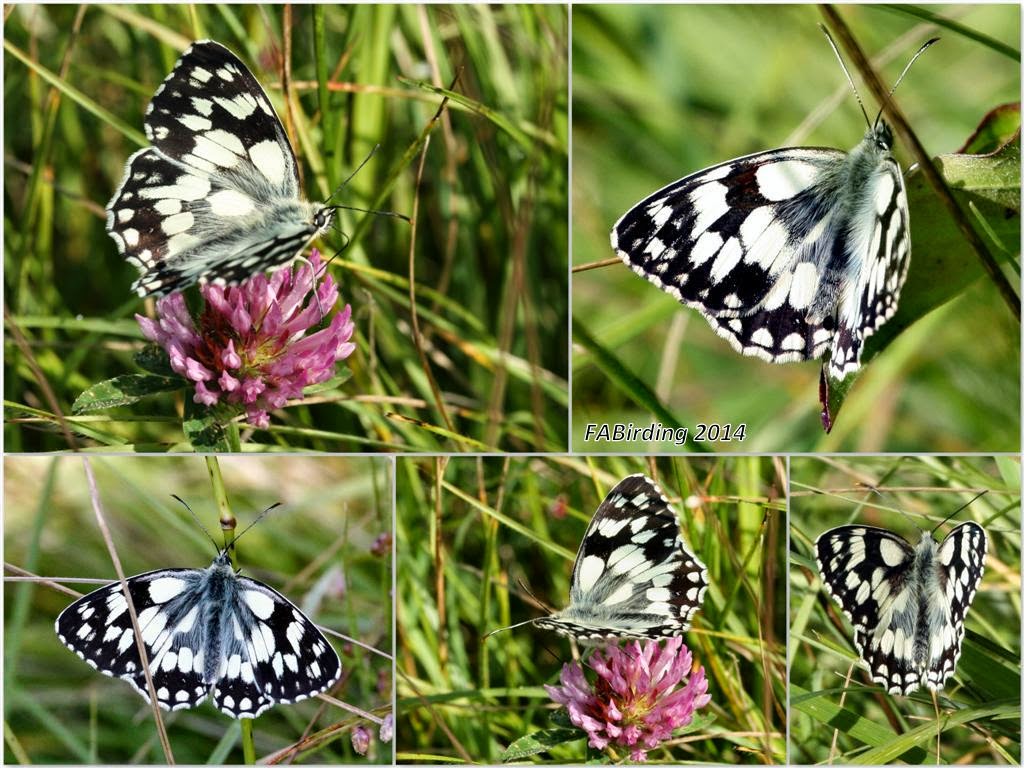 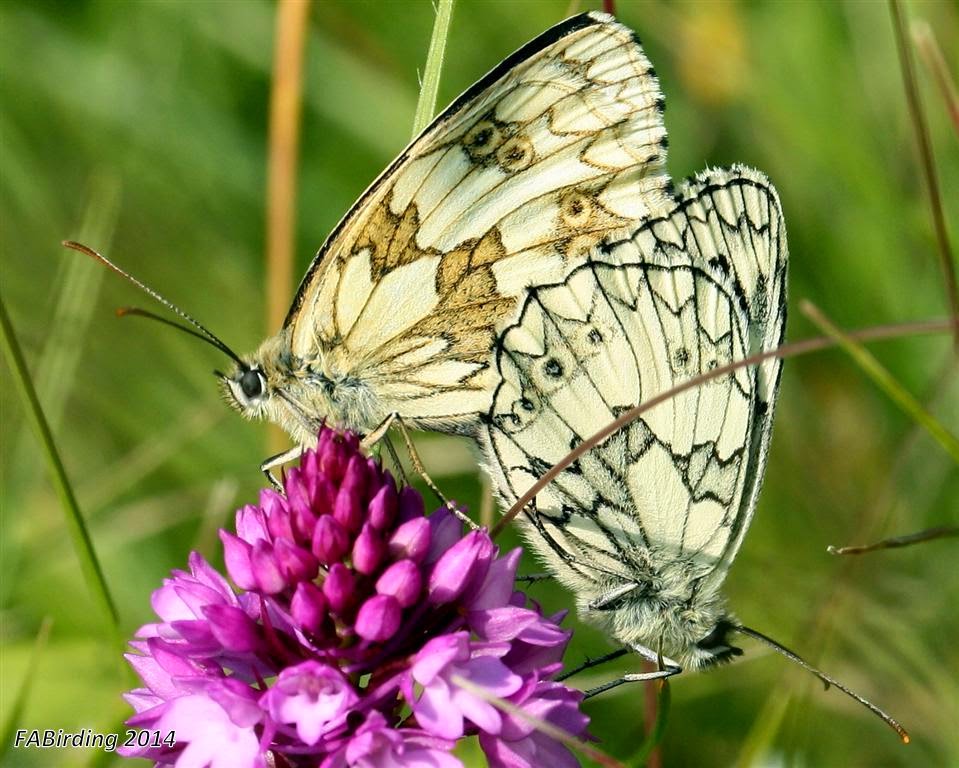 I followed one mating pair around the hillside for over 20 minutes as they flew, joined together, moving to different perching points deep in the grass after being harassed by other males. [N.B. The female is easily identified by the ochre-brown colouration of her under wing pattern and the front edge (costa) of the forewing.] 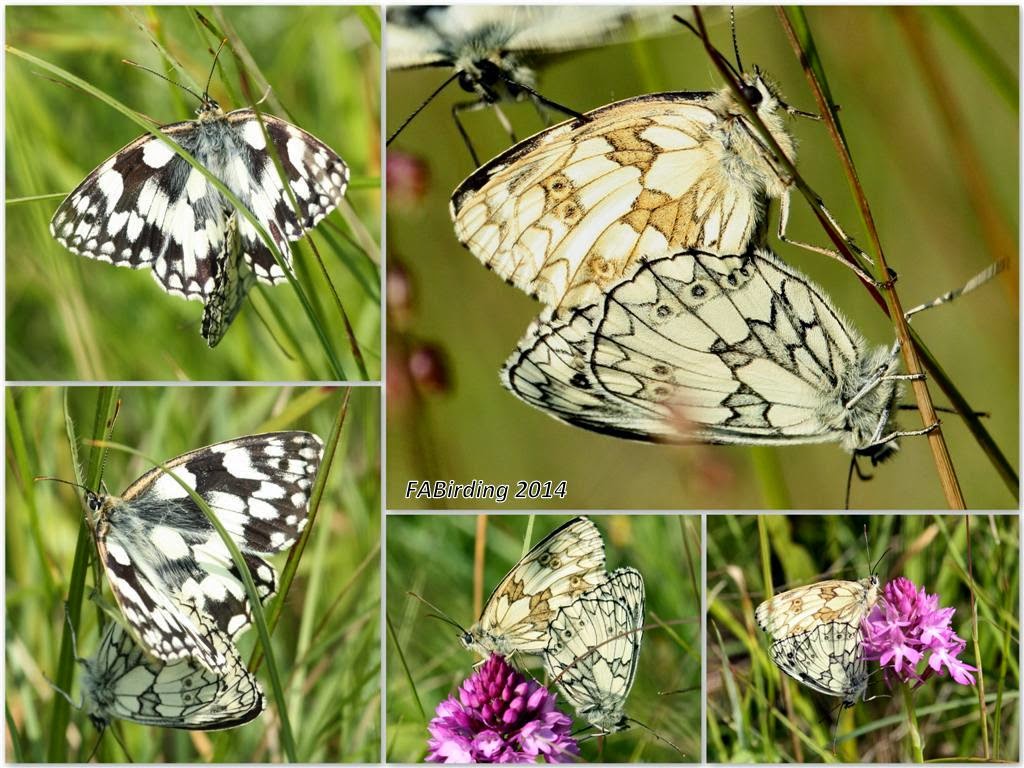 
On the 30th June I visited another flowery meadow slope on the chalk downland below Juniper Top, near Mickleham and recorded at least 50-60 Marbled Whites on the wing together with a few Dark Green Fritillary that will feature in the next part of this series. 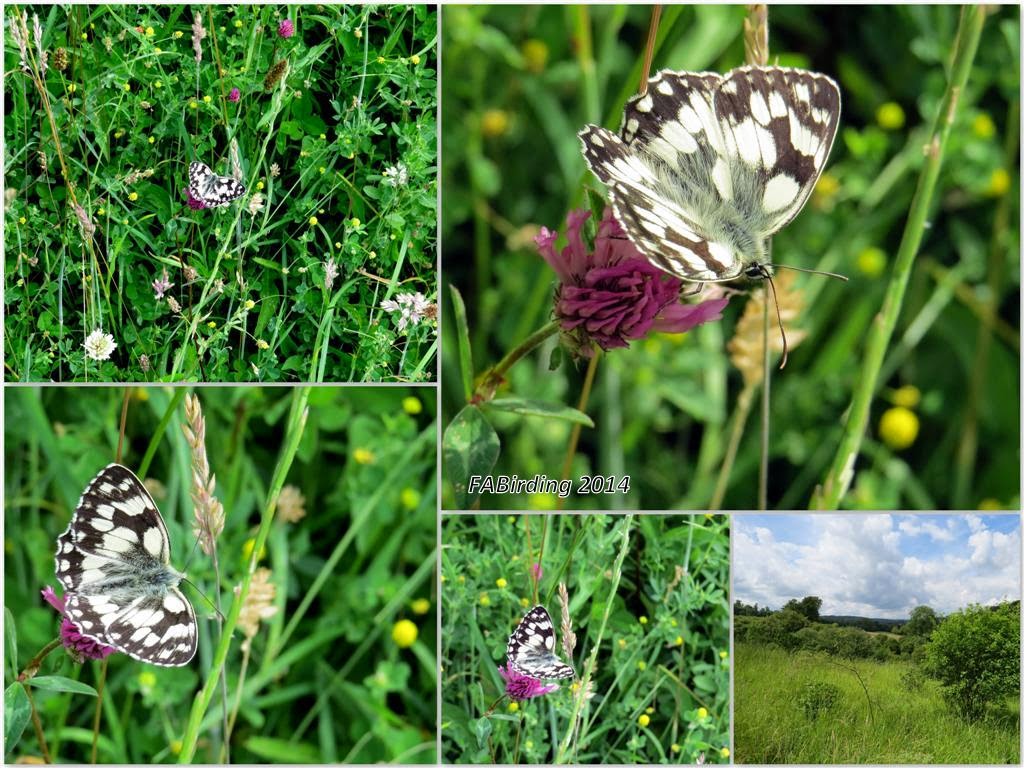 During this second encounter all images in the above collage were shot using the Cannon SX50 HS. FAB.

Linking to Nature Notes
Posted by FAB at 00:57