Throughout the first nine weeks (mid April to mid May) of recording butterfly sightings during my fixed transect walks on Ashtead Common N.N.R. this northern part of the ancient oak woodland had produced just ten different species with the most abundant being Brimstone (14) and Speckled Wood (21).

On many visits the total number of species logged were in low single figures mainly due to the lower temperatures and gusty winds.  Fortunately there were other distractions such as watching and listening to singing Chiffchaff, Wren, Blackcap and Garden Warblers.


During these periods of flutter inactivity I gathered a few images of some of the wild flowers encountered along my route including Garlic Mustard, Hawthorn, Stitchwort, Speedwell and Primrose. 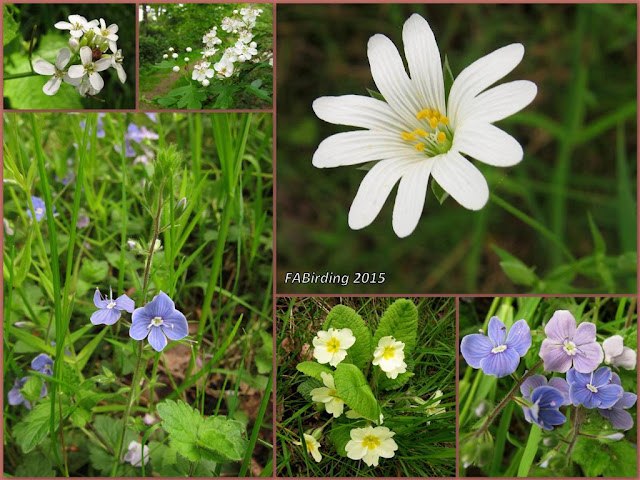 My walk earlier this week was again under a grey sky with the sun almost permanently obscured but the species and numbers logged contrasted dramatically to all my previous visits. 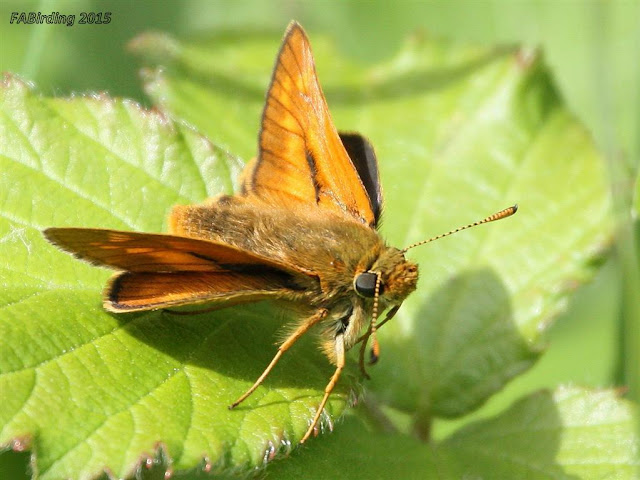 My first sighting in a small sunlit clearing was a resting male Large Skipper (Ochlodes sylvanus). 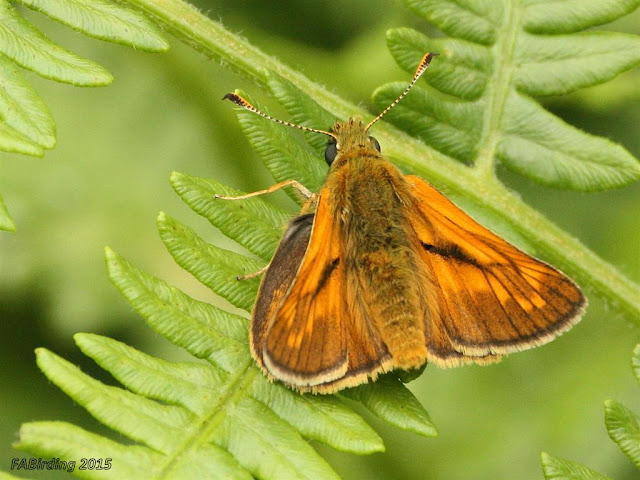 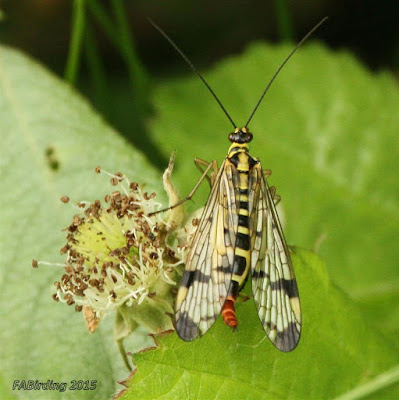 Apart from a couple of flying Speckled Wood I didn't spot anything else throughout the first three heavily shaded sections of the transect. As I entered one of the the main open wooded pasture glades I spotted a distant flying Meadow Brown but got briefly distracted by this Scorpion Fly (Panorpa communis). 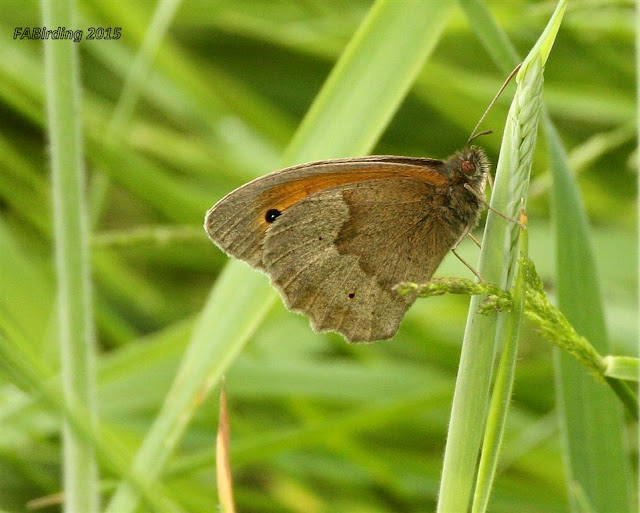 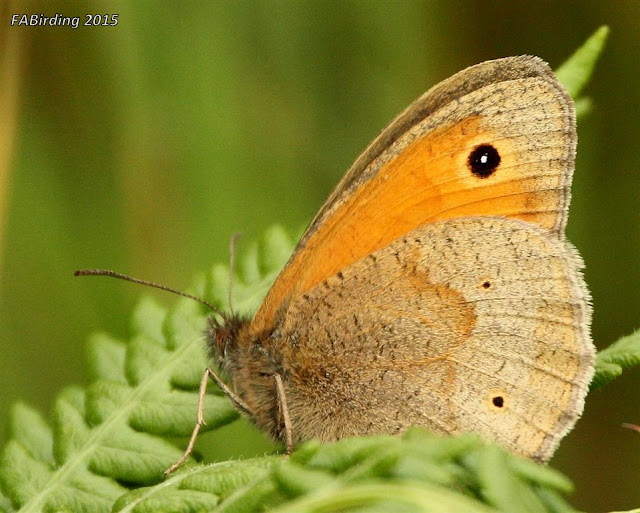 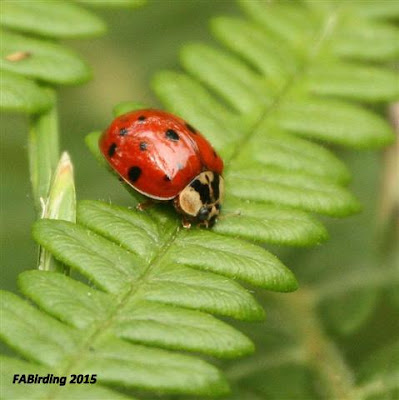 While stepping gingerly through the ferns to photograph the Meadow Browns I spotted a Ladybird and took a quick record shot without paying much attention to its probable identity but later realised that it was one of the European invaders, a Harlequin (Harmonia axyridis). 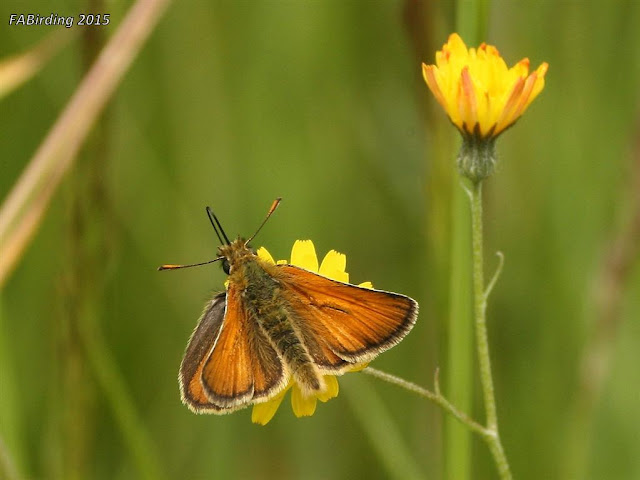 The other Skipper species logged that was relatively easy to identify by the long thin curved sex brand was a number of Small Skipper (Thymelicus sylvestris). 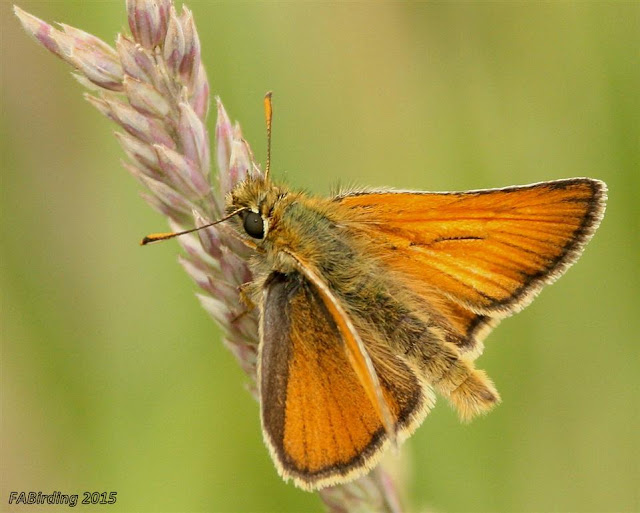 The Small (T. sylvestris) and Essex (T. lineola) Skippers are often encountered in the same grassland habitat and notoriously difficult to distinguish between unless you can confirm the underside colour of the antenna-tip so I'll reserve judgement on this final image (below). 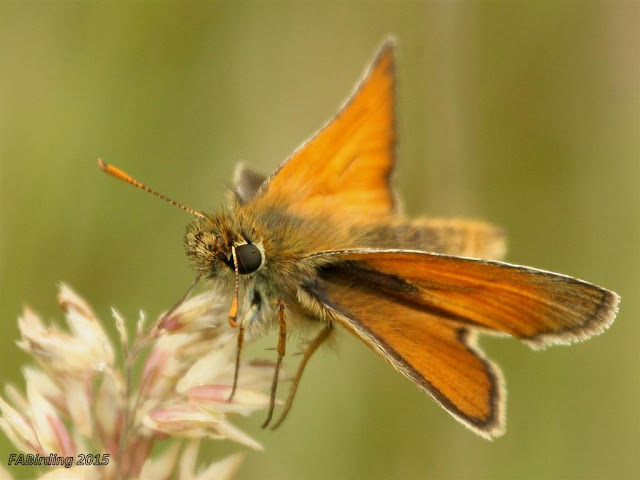 The final tally for this walk was 31 butterflies but only four species. Hopefully the coming weeks will produce some more interesting sightings.  FAB.

For some views of 'Sunbathing Reptiles' check out my most recent post on FABirding.

Linking to Saturday's Critters, Macro Monday 2 and Nature Notes.
Posted by FAB at 20:06