I waited for a break in the rain before starting a stroll around my local patch today but as expected the woodland around the car park was fairly quiet .... just a few Blue and Great Tits, Song Thrush, Blackbird, Robin and a distant singing Blackcap. 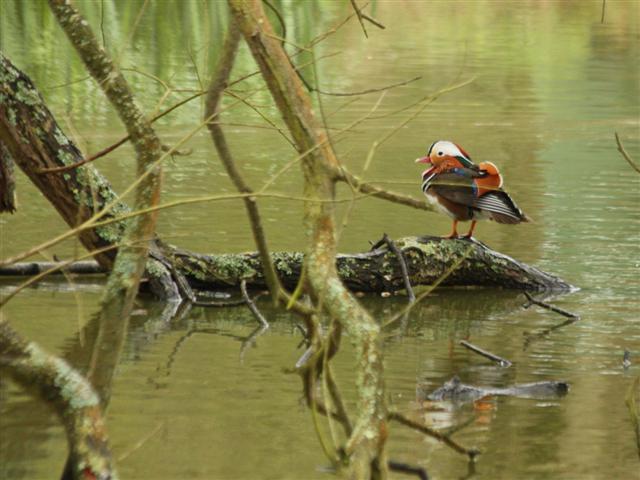 A handful of Mallards were occupying the fringes of the Stew Pond and just as the sky darkened I located one male Mandarin resting in its usual spot while its three companions promptly hurried away to the other side of the water. A Coal Tit carrying nesting material into its new home unfortunately eluded the camera! 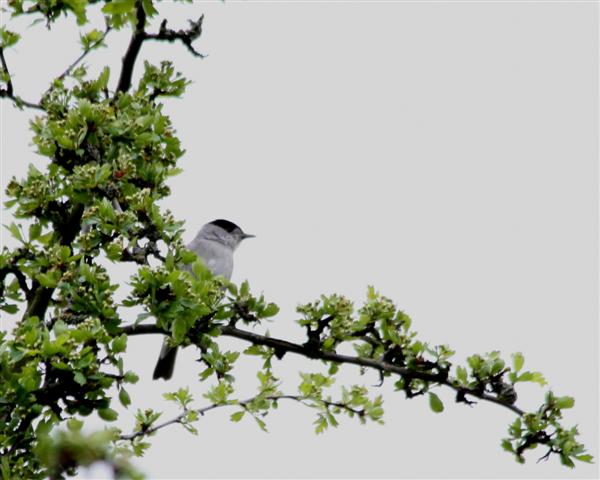 Skirting around High Meadow I heard several Chiffchaff singing and during a brief period on sunshine a male Blackcap appeared briefly before disappearing into deep cover as a Sparrowhawk flew overhead. After a short time the birdsong restarted and the wistful song of a Willow Warbler (first for this year) drifted towards me on the strengthening breeze. 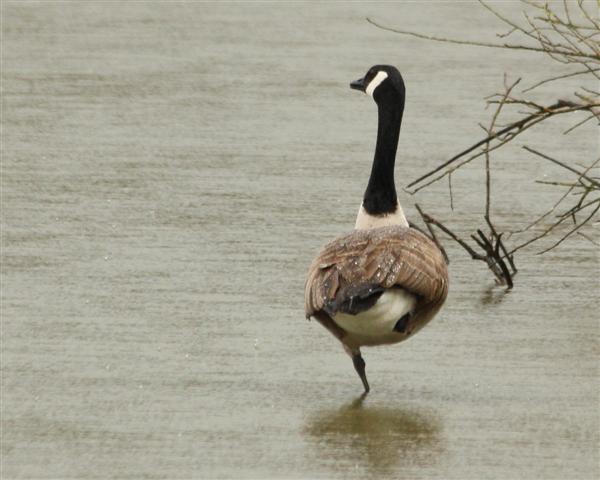 On my return to the Great Pond the heavens opened once again ..... one of the Canada Geese decided to sit it out on one leg! 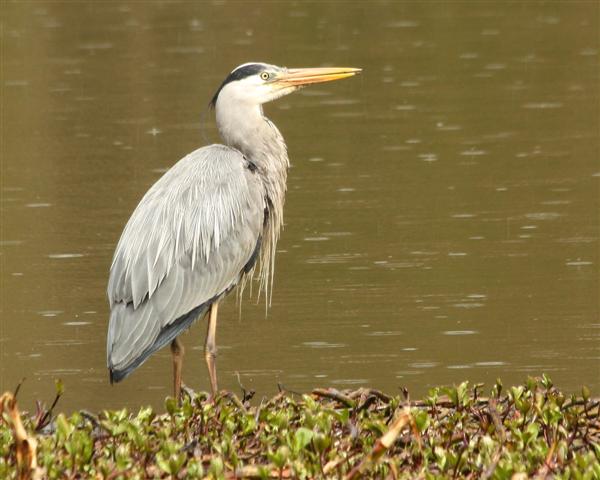 While the resident Grey Heron also stuck it out in the open .... getting wetter and wetter just like me .... but it did allow me to creep a little closer than would normally be permitted although trying to keep the gear dry was somewhat hopeless! A quick ruffle of its feathers to shake off some of the excess rainfall! 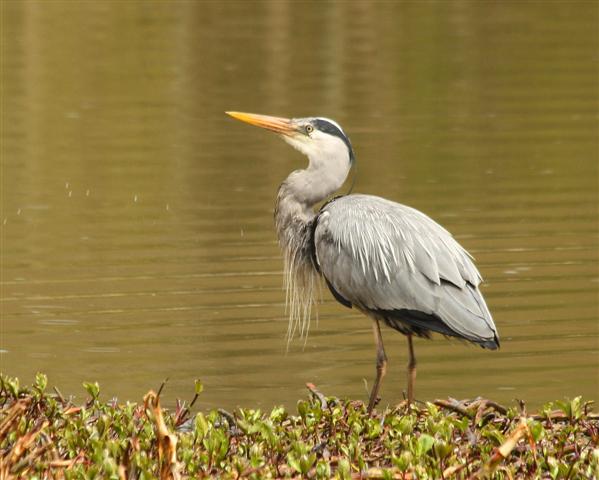