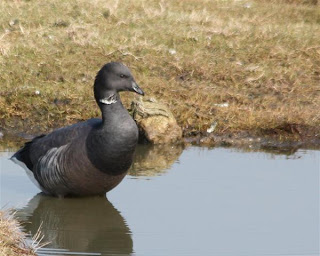 If you head to an estuary on the south coast during the winter months you are likely to come across a visitor from the arctic north enjoying up to at least five months (from late Sept to late April) of our milder winter climate.

Large numbers of the dark-bellied form of Brent Goose (Branta bernicla ssp. bernicla) find their way from Russia and Western Siberia to the 125 hectares of grazing marshes on the northern shores of Langstone Harbour to feed on their main food source of eel-grass. 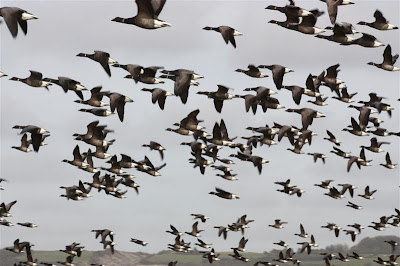 Unlike the larger and noisier resident Canada Geese they feed together in much larger flocks, quietly chatting away to each other until disturbed when their gargling, guttural call instantly increases in volume .... then its a quick lift off ...... a circuit or two in the air before landing again to continue their daily feeding activities. 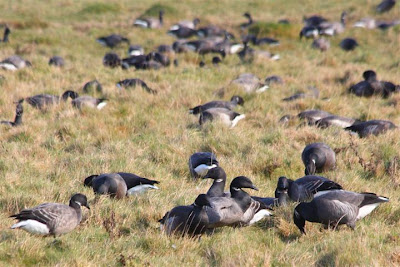 During a visit to Farlington Marshes at the beginning of March I spent a while watching this particular group, always with a few individuals acting as lookouts while their companions are feeding, before considering whether I should attempt to get closer for some decent images. 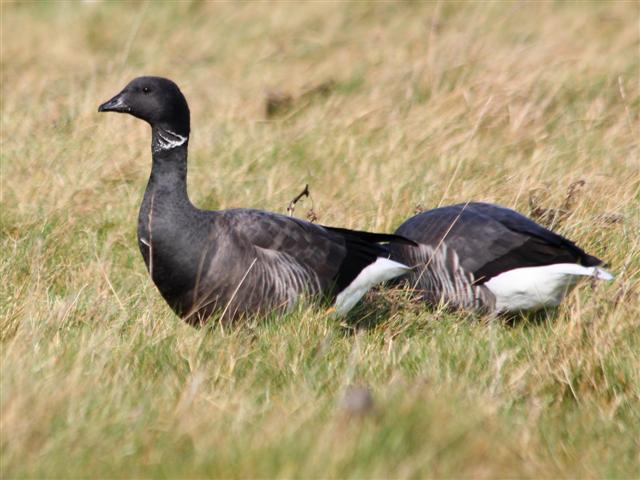 As there was no natural cover and I don't own any specialised camouflage clothing I did consider crawling through the short grass but instead adopted the very slow walking approach. Every now and again some of the nearest individuals would move a few feet further away but after a while they soon became more tolerant of my presence. 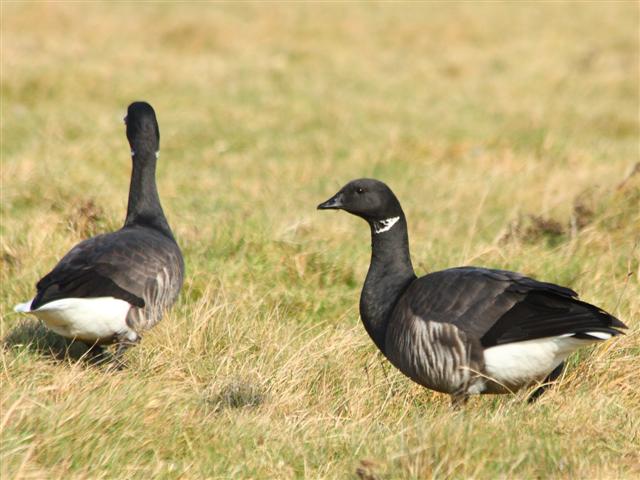 As with all wildlife it is important to understand the boundaries and not push your luck by getting too close so I just settled down and shot a few frames of those that where within reasonable range. 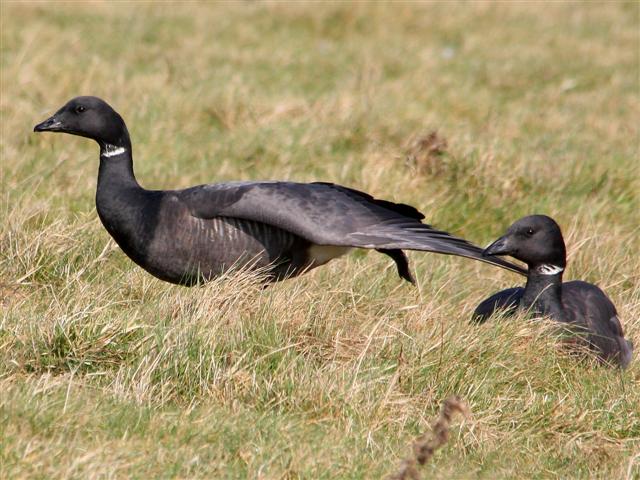 Some are just happy to sit and enjoy the late winter sunshine while their partners have a stretch. 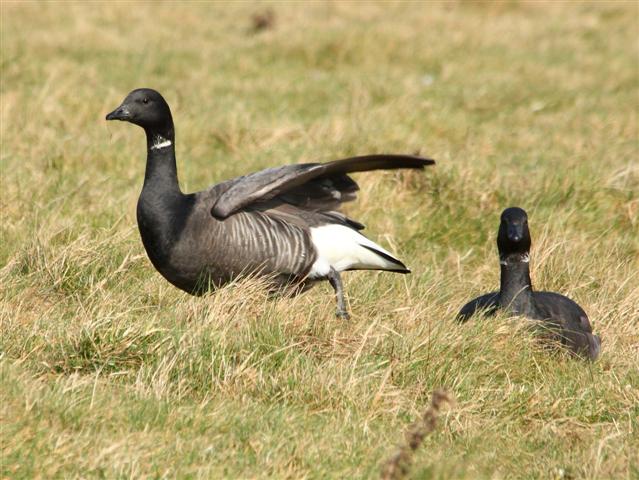 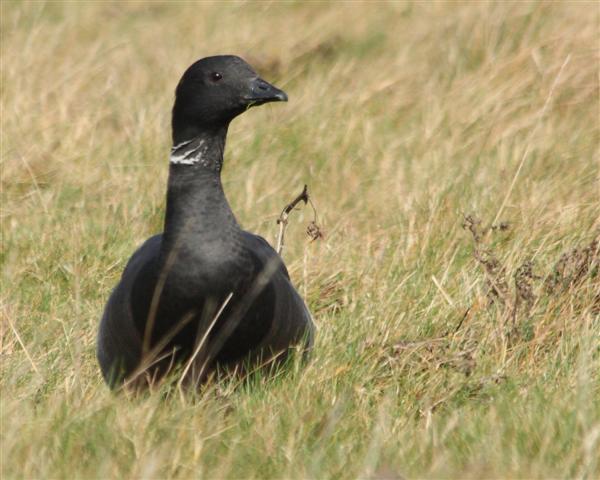 This dapper looking goose has me charmed every time I see it. What could be better than spending some quality time with this delightful species. 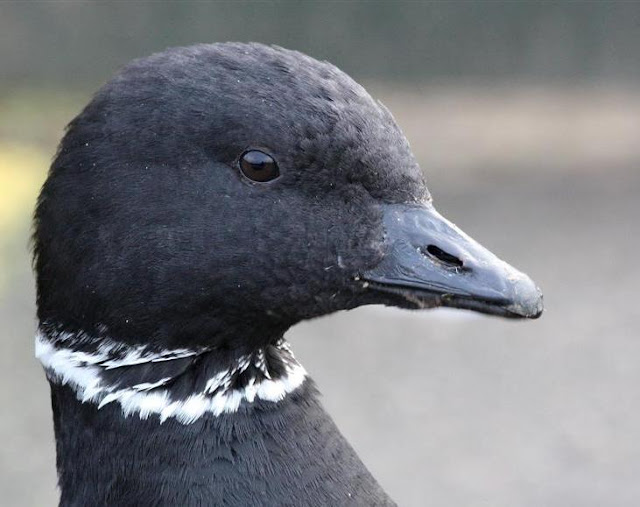 Many of them will now be making their way northwards again so I'll probably have to wait until next winter to get reacquainted with them.   FAB.

For more images from around the globe .......check out WORLD BIRD WEDNESDAY.
Posted by FAB at 17:10