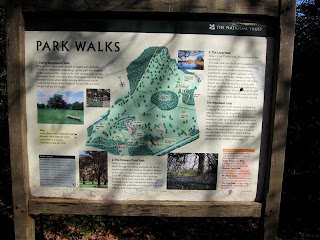 In a month's time I'll be leading a Dawn Chorus walk again for the National Trust at Hatchlands Park so as the park has just reopened to visitors from 10am I took the opportunity yesterday to carry out a reconnoitre by following 'The Long Walk'.


The sign says 'allow 1.5 hours and stout, waterproof shoes are essential' ... certainly NOT after our long dry spell. At the Ice House I noticed the first small patch of Bluebells coming into bloom. Despite the lack of overhead foliage most of the birding was done by ear. As I passed The Centenary Plantation Chiffchaff and Blackcap were both singing prominently. While seeking out a Mistle Thrush belting out its calls from a very high perch a Common Buzzard appeared high over the treetops and quickly disappeared from view. 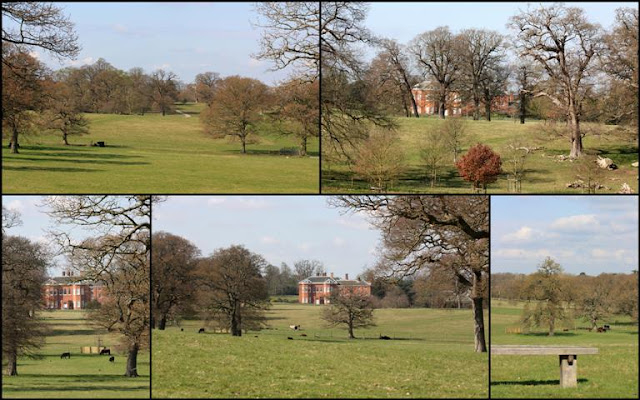 Views across the parkland from the highest point on my walk.

As I entered Little Wix Wood another Blackcap was heard singing from its usual patch of dense shrubbery while Blue and Great Tits flitted about with a Great Spotted Woodpecker drumming. 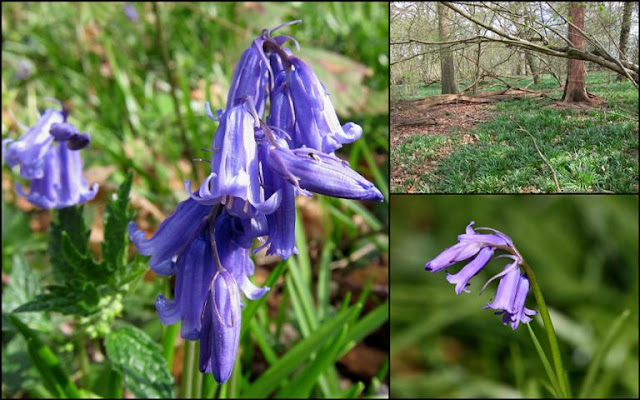 It won't be long before the whole area is carpeted in blue .... so if you live in the south-east UK and want to see Bluebells I wouldn't leave it too long .... like last year the best displays are going to be early unless a really heavy cold snap holds them back. 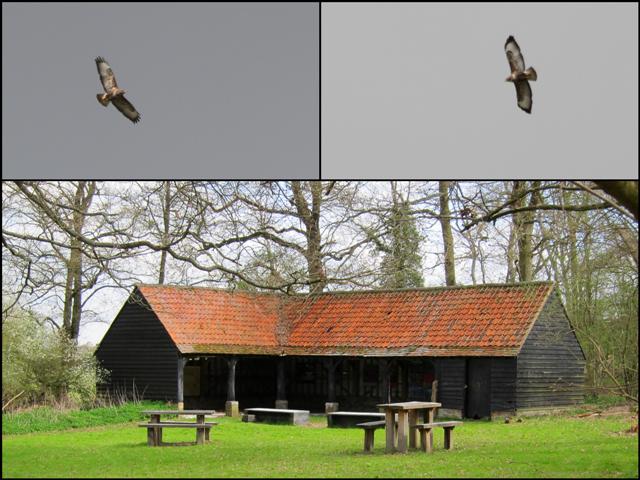 A brief rest at the Old Barn Information Centre (which is sorely in need of revamping the posters etc.) where I was fortunate to catch a couple of cropped images of a soaring Common Buzzard. 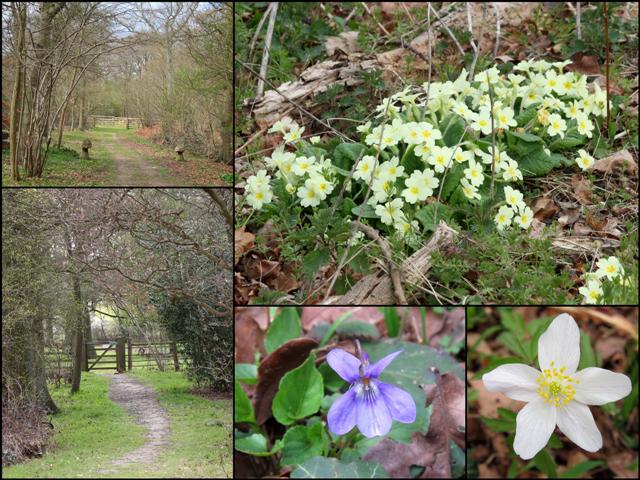 Heading towards the most northernmost boundary the wild flowers provided an alternative medium to photograph (Primroses, Violets and Wood Anemone) while a number of Nuthatches stridently called as they  moved through the trees. I also added Pheasant, Dunnock, Green Woodpecker (heard laughing), Long-tailed Tit plus the usual corvids, Jackdaw, Carrion Crow and Jay and a distant squawk from a Parakeet. Several more Chiffchaffs where located plus a record shot only (see collage below) of a male Blackcap. 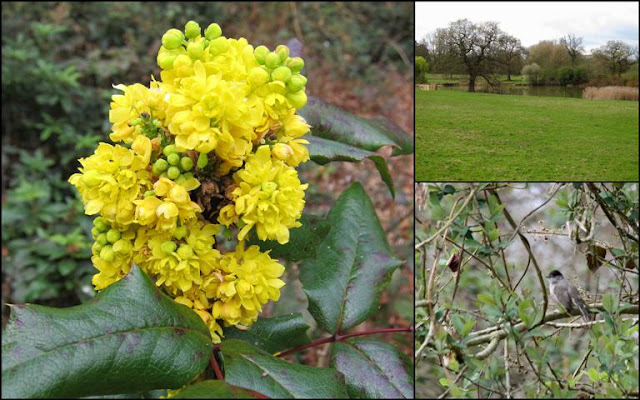 Mahonia in full flower certainly brightened up the tree lined pathway before I headed  back into the open to check out the inhabitants of Sheepwash Lake (really only a pond) ... Canada Geese, Mallard, Moorhen and Coot. As I returned towards the car park droplets of water started to fall .... the first rain for such a long, long time but regretfully it didn't amount to much ... hardly dampened the soils surface.    FAB.
Posted by FAB at 07:31