The early morning sunshine didn't last very long today before the rain clouds drifted through producing localised heavy downpours and even hail! I took a gamble and headed over to Bookham Common mid morning and was rewarded with plenty of bird song and my first sighting this year of several newly arrived Common Whitethroats. 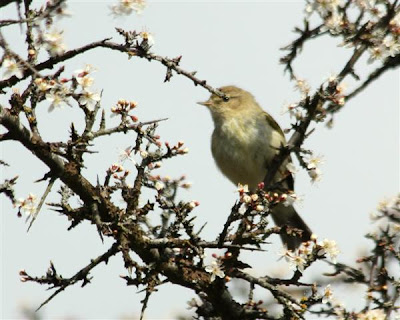 The most common songsters where Chiffchaffs but every time I raised the camera they stopped singing! 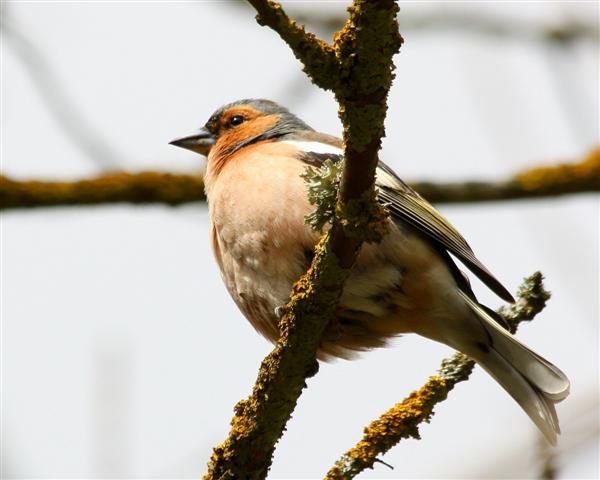 A male Chaffinch showed off his fresh colours as the sun peeked through the clouds. 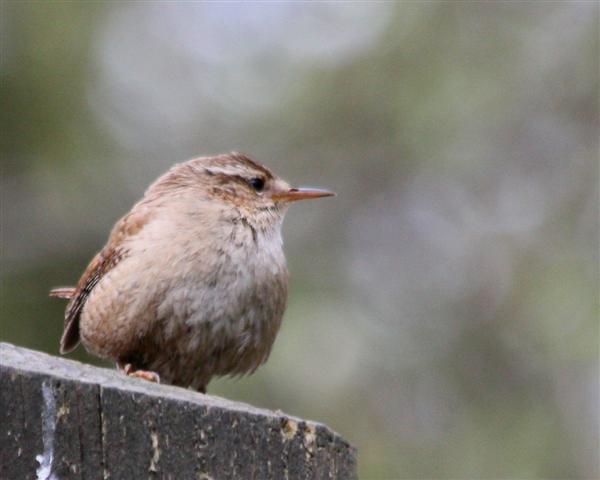 As soon as the clouds rolled in again the little Jenny Wren also stopped singing. 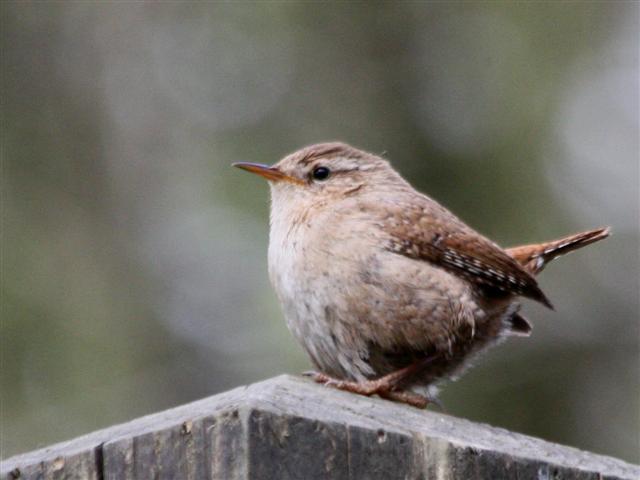 The other songster that eluded the camera (so what's new!) was the Nightingale but I did locate three separate territories around the common. While listening to the glorious outpourings of one male for over 20 minutes  I had a close shave with a Sparrowhawk that dashed past my shoulder and dived into the tangled mass of undergrowth and silenced everything for quite some time. I didn't see the Sprawk exit but the Nightingale wasn't harmed as it had moved to another hidden perch and continued to sing until the next rain shower dampend every ones efforts. You can follow this link to listen to a recording of this beautiful songster. 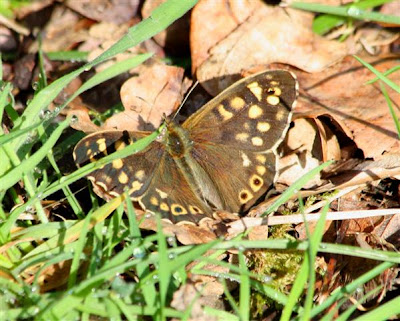 Once again with the changeable weather the only flutters I saw were this single Speckled Wood plus a high flying Holly Blue while trying to chase down one of the many Orange Tips that were on the wing today. 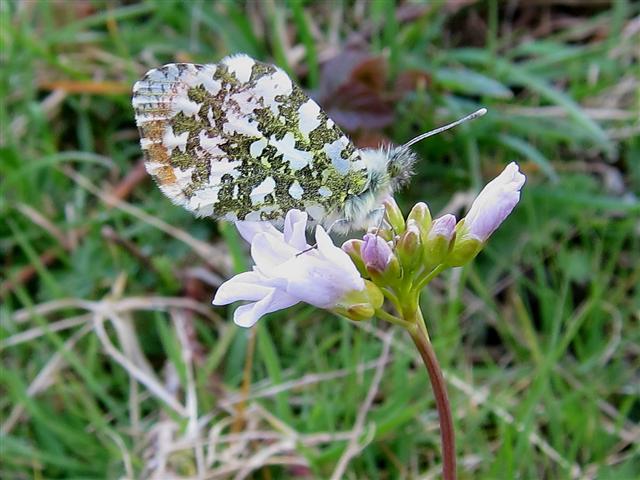 Eventually one male Orange Tip alighted for a lengthy rest but would only sit with its wings closed as usual. The image above was taken with my compact Canon Powershot and provided a much clearer outcome than the image below taken with the 70-300 lens! 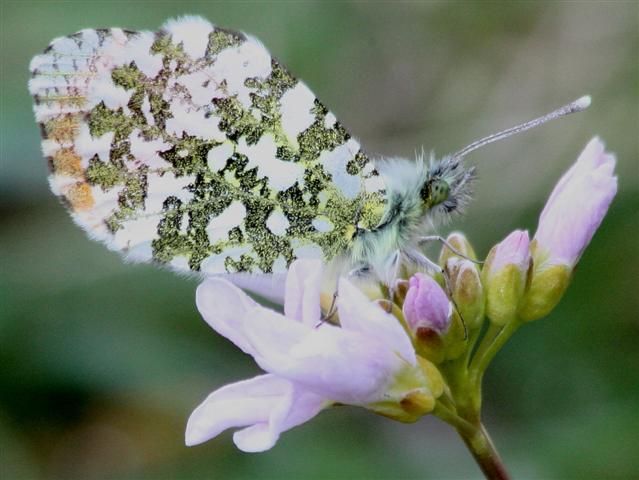 Wherever you are I hope you have a glorious wildlife watching weekend ..... FAB.
Posted by FAB at 22:09