Like many other wildlife watchers, here in the UK, the mild and dry late winter and early spring weather has prompted the early first flights of various butterfly species. Here are just a few that I have seen fluttering both through my garden and during various walks over the past few weeks. 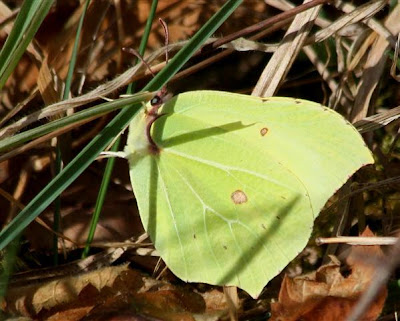 The Brimstone (Gonepterys rhamni) resting just above the leaf litter. 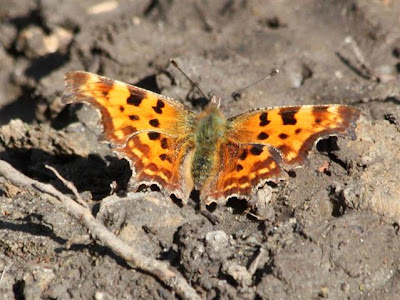 The Comma (Polygonia c-album) collecting some moisture from a muddy patch close to a stream. 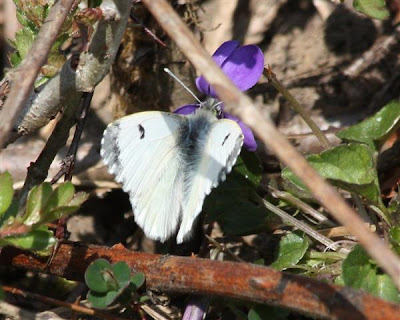 I have been seeing lots of male Orange Tip (Anthocharis cardamines) in the past few days but they were constantly patrolling their territories and rarely stopped to rest. The females are generally much more secretive but I located one hunting for some nectar from the few Violets blooming in a hedgerow and whilst it was difficult to get an uninterrupted view she did perch just long enough for a couple of quick snaps. 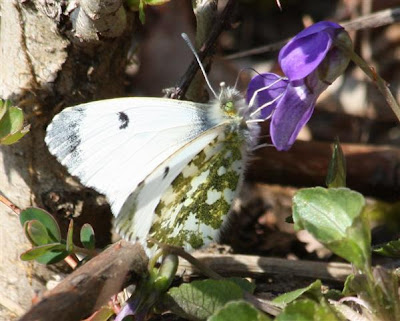 The above image does at least show some of the beautiful green-marbled under wing pattern. 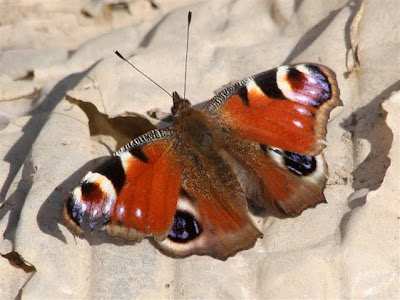 And last, but not least, the Peacock (Inachis io) who for some reason can often be found sunning itself on an old piece of a discarded plastic bag.


During a recent patch walk I spotted another small winged object fluttering around the vegetation surrounding a small stagnant pool. I gained the impression that it reminded me of a Skipper due to its orange-brown underwing but was obviously a day flying Moth ..... but which one? 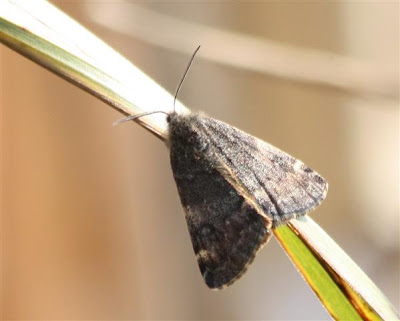 It settled briefly on the leaves of reed mace just a few inches above the water but constantly moved its location and I had a devil of a job to relocate it but eventually managed a passable  shot.
Thanks to Dean I now know this is a Light Orange Underwing (Archiearis notha) which flies from March to April and favours Aspen in open woodland, of which there is some nearby.     FAB.
Posted by FAB at 16:44