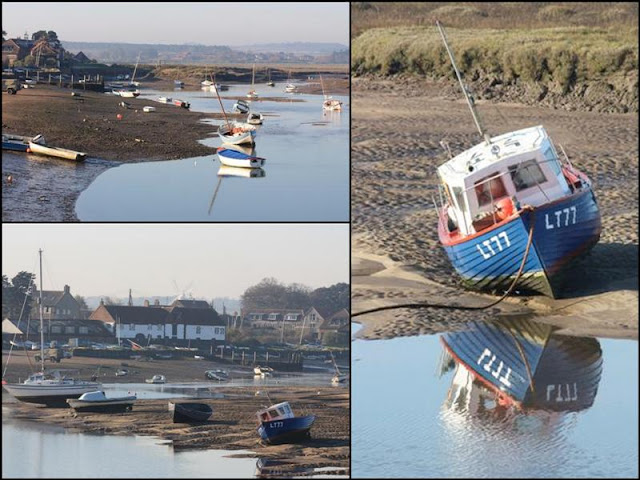 Our last full day in Norfolk started from the large hamlet and creek side harbour at Burnham Overy Staithe.
Between Burnham Overy Staithe and the sea, the River Burn spreads out into multiple tidal creeks through the salt marshes. To the east of the creek, the former salt marshes between dry land and the sand dunes have been reclaimed to form fresh water meadows, part of the Holkham estate. 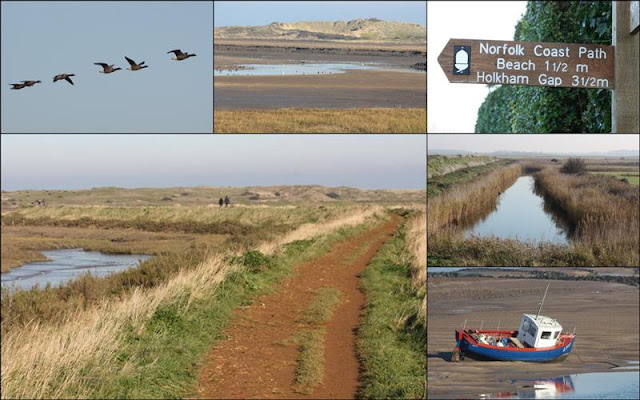 Our leisurely stroll followed the one and a half mile (2 km) long embankment footpath that links Burnham Overy Staithe to the sand-dunes and beach. The elevated pathway provided excellent all round vistas but as high tide was some hours away our initial sightings (Curlew, Black-tailed Godwit, Lapwing, Redshank, Ringed Plover, Turnstone, Dunlin, Little Egret, Brent Geese, Pintail, Shelduck, Shoveller, Teal, and Wigeon were very distant but every now and again something appeared relatively close by. 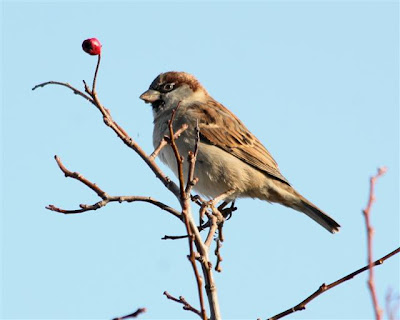 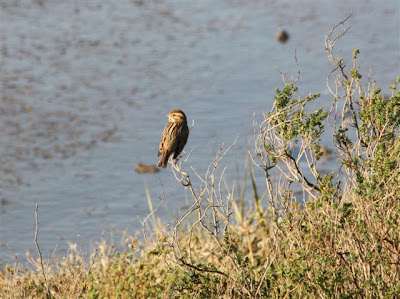 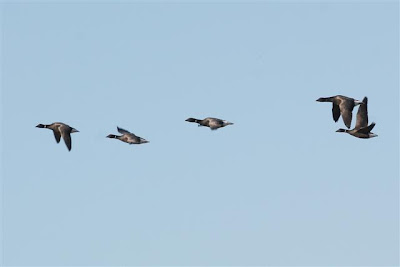 Brent Geese on the move to find somewhere to feed.

We also monitored small flocks of Pink-footed Geese lifting off from the marshes and heading further inland and 3 high flying Swans turned out to be Whoopers﻿. I located a very distant wader feeding and looking very much like a Phalarope but it was actually only a Spotted Redshank. The next bit of excitement was a single pale looking Buzzard heading NW towards the sea. Whilst high above us I took a few chance shots before really thinking about possible ID and a few minutes later we had similar views of another pair heading in the same direction. 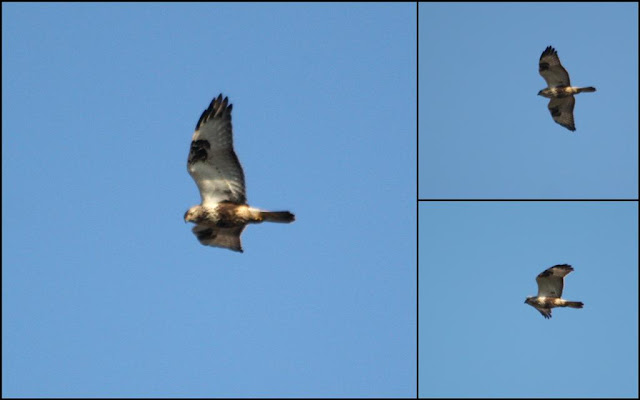 We were shortly joined by a couple of experienced local birders who confirmed our sighting of  Rough-legged Buzzard (2 adults and 1 juvenile). If I had used the bins before pointing the camera, the overall pale head, pale underwing with the very prominent dark carpels plus its dark belly patch would have been a clear and earlier clue to its identity.
Nearly at the sand dunes ( close to where Anita and I joined our very first 'twitch' for a Sardinian Warbler many moons ago) we found 7 Barnacle Geese feeding with a flock of Brent; hundreds of Golden Plover hiding in the grass plus mixed flocks of finches including Goldfinch, Linnet and possibly Twite. 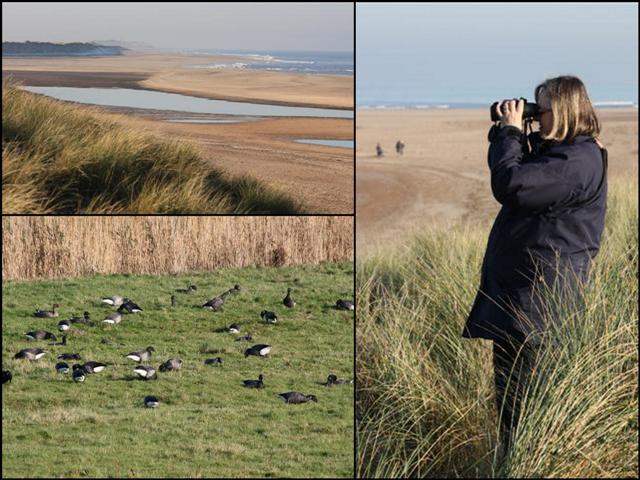 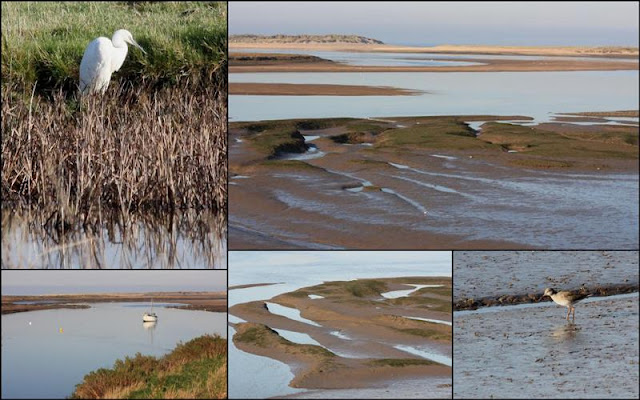 The return journey was less fruitful as the sea water invaded the creek and covered the extensive mudflats. 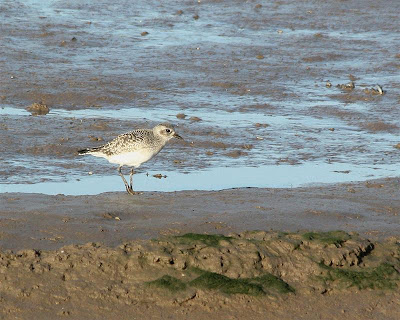 A few waders still lingered on the mud including this Grey Plover. 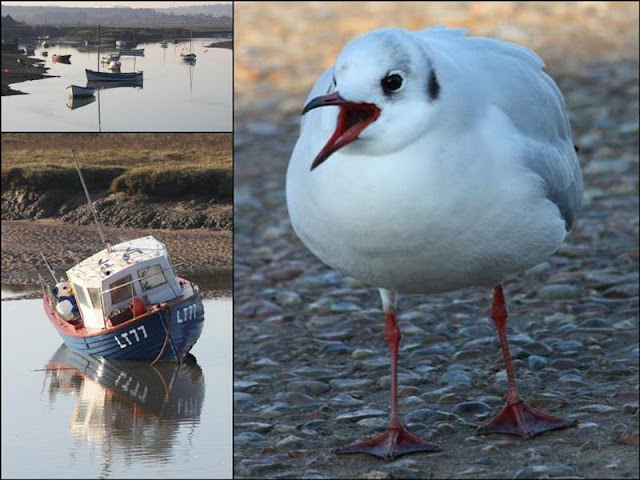 Our return to the vehicles some hours later was greeted by a very vocal Black-headed Gull and a totally different view of the creek with most of the boats now fully afloat.  With a tally of 50 species seen I'll definitely add this walk to our itinerary when we next visit the Norfolk coast.    FAB.
Posted by FAB at 20:52