Walk In The Park.

A recent stroll in Richmond Park on a chilling but sunlit afternoon started out quite bleak with just Jackdaws and Crows pecking through the fallen leaves under the woodland canopy and attempts to capture an image of a small mixed group of Fallow Deer feeding was thwarted by the depth of the brown undergrowth, their constant movement and interruptions by other walkers so only a rear end view! 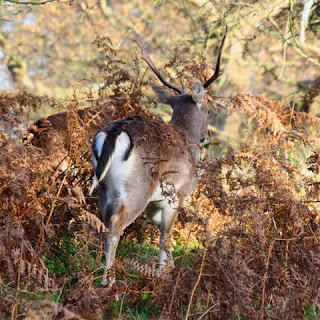 Despite this disappointing start to my leisurely walk it actually turned out to be a series of unexpected photo calls. So here are a few images [ Click for larger views] to set the scene for some future posts.

First up were two Red Deer stags enjoying some quality time together ..... 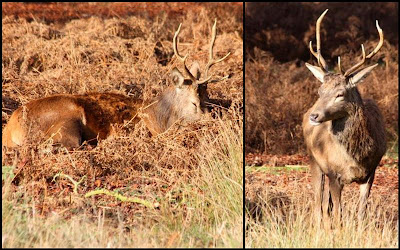 ..... one sleeping with his friend on sentry duty. Without getting too close I stood and watched some interesting interaction between these two ... so watch out for a future post. 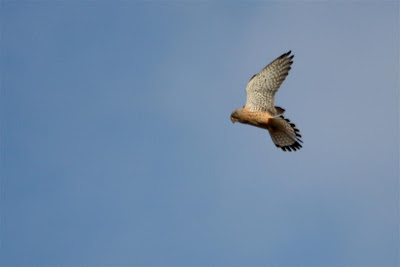 As I crossed the open parkland a Kestrel hovered overhead hoping to spot a tasty meal but moved on to search somewhere else. 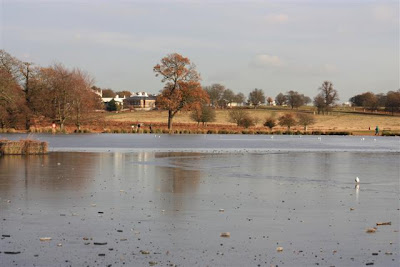 When I reached the larger of the two Penn Ponds most of the water was frozen over with nearly all of the inhabitants (Coot, Moorhen, Tufted Duck, Mallard, Gadwall, Mandarin Ducks and Black-headed Gulls) some distance away so I was doubtful that any close photography would be possible ... but you never know! 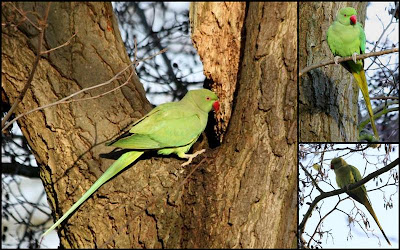 While waiting for some closer action on the pond I was visited by a couple of Ring-necked Parakeets. 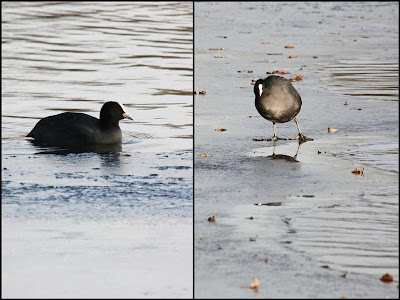 A Coot finally decided to brave the ice and I spent quite a while watching this character and eventually coaxed it to get much closer to the lens by scattering some seed .... more pics to show in a follow up post. 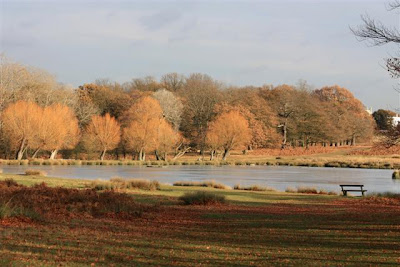 Initially the view over at the smaller pond looked even bleaker ... more ice and no ducks in view BUT all that was to change. 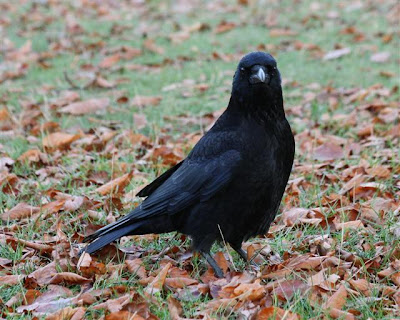 First I was greeted by Mr. Crow giving me the once over .... "So who are you starring at?" 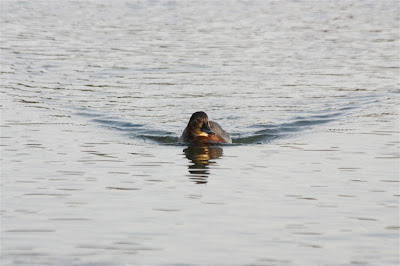 As I got closer to the edge of the pond I was delighted to see that there was some clear water and a few species that I needed photos of including this female Pochard who swam over towards me. 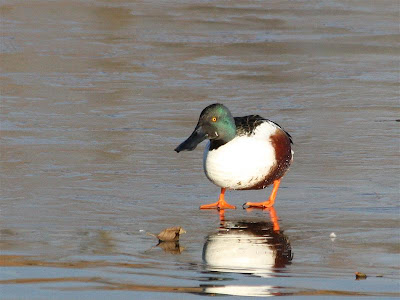 Next I spotted a (Northern) Shoveller tentatively pacing slowly across the frozen floor to get into the water.

Not just one but a group of 7 Shoveller were paddling round and round in circles as they dredged the surface with their spatula shaped bills. I took a lot of shots of these guys .... so something to show in future. 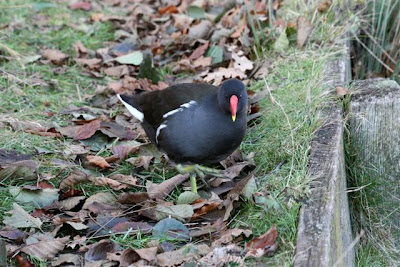 As the activity both on the water and in the air increased a Moorhen popped out from behind me to see if I had anything to eat .... and of course I had. 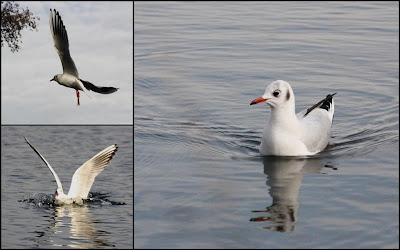 When there is any chance of a free meal you can be assured that the Black-headed Gulls will get in on the act. 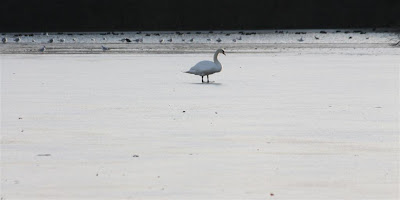 When I turned around to look over the main pond once more there was just a lone Mute Swan on the ice. 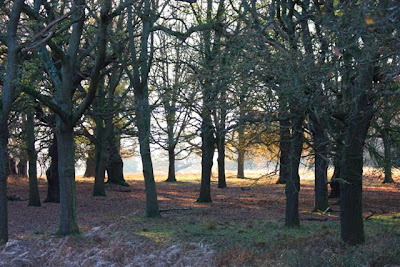 With plenty of shots in the can it was time to take my leave as the late afternoon sun shone through the woodland ...... the end to an interesting and productive stroll.   FAB.
Posted by FAB at 23:26