Another species that I finally managed to get a little closer to during a recent walk in the park was the (Northern) Shoveler (Anas clypeata). 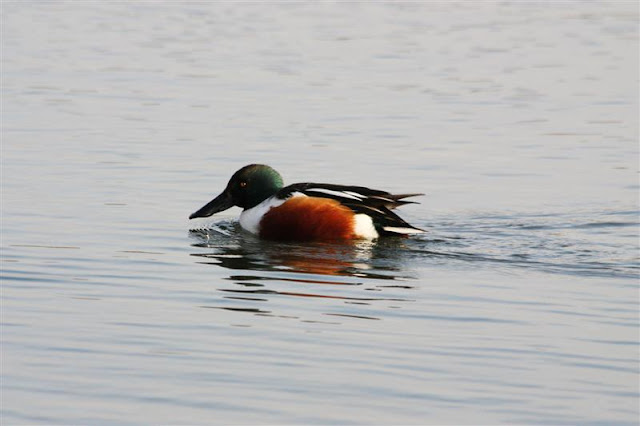 At a distance the male  is easily recognisable by its broad white chest bordered by the chestnut coloured flanks and the distinctive front-heavy appearance that dominates this bird's silhouette both on the water and in flight. 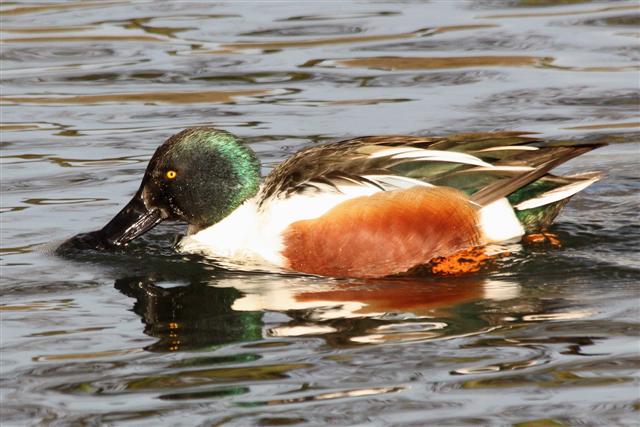 Closer views show the green iridescent head with its pin-prick sized yellow eye and occasionally a glimpse of the pale blue upper forewing (see below). 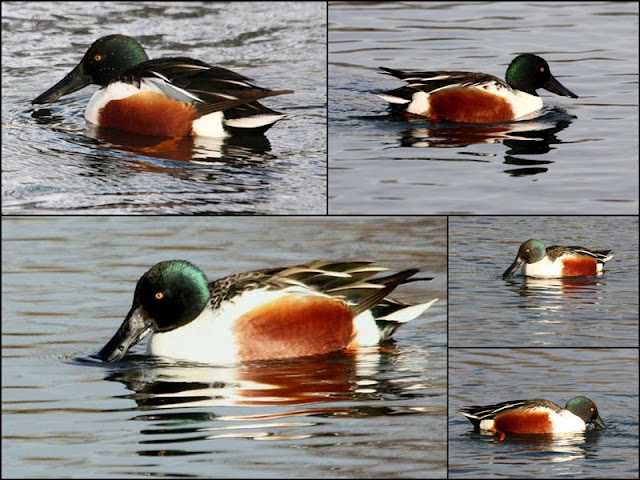 The spatula shaped bill is an adaptation for the Shoveler's main feeding method of sieving or filtering. As if carrying a heavy weight the bill is rarely lifted far above the surface of the water except while defending territory in the breeding season when the male pumps his head up and down with the bill pointing slightly upwards. 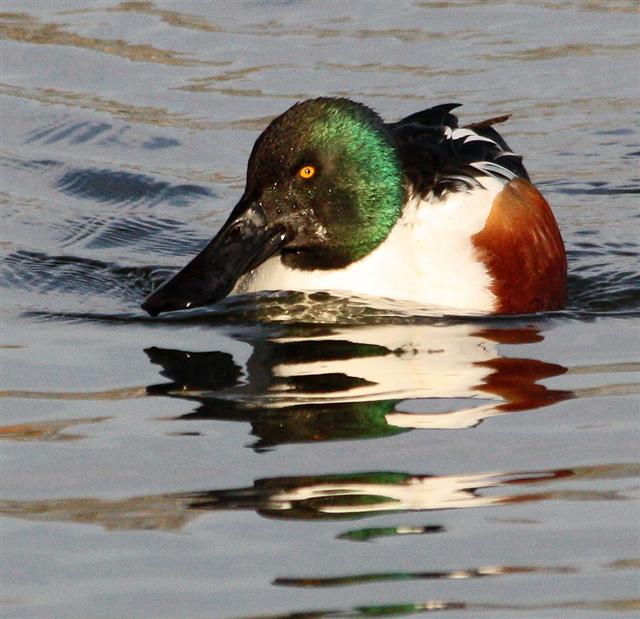 This species prefers shallow water with plenty of edible particles in suspension so is often seen on freshwater marshes and lakes.

At first there was one ... and then there were six ... all going round and round in circles. I have subsequently read an article by a well known birding journalist who actually witnessed two hundred Shoveler feeding one behind the other while forming one complete circle .... now wouldn't that be a sight to see?

Each bird benefits from the mud stirred up by the feet of the one in front and with it more food particles including crustaceans, snails, insect larvae, seeds and plant material. Despite eating such very small items, the Shoveller can consume up to 10% of its body weight in one day. 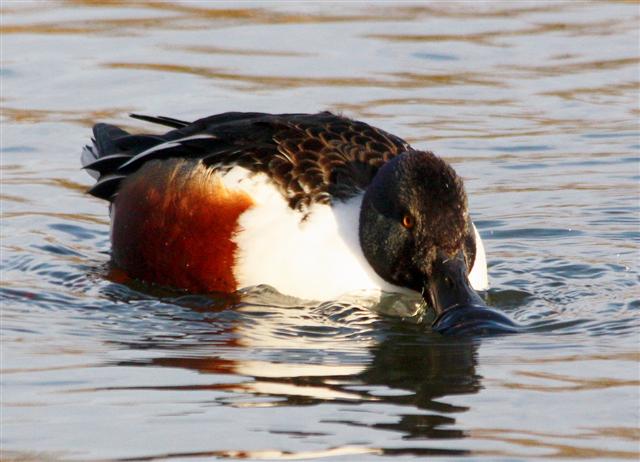 Please check out more birds from around the world at World Bird Wednesday.
Posted by FAB at 22:12