I have made a couple of early afternoon visits to Epsom Common this week and trudged through the sticky mud checking to see if there was any new activity. 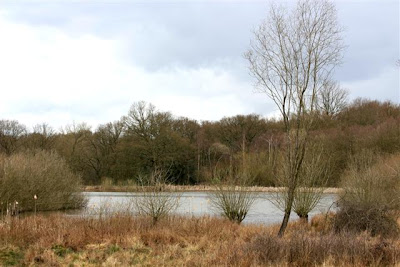 Approaching the 'fishing' pond I spied an orange shape slowly drifting beneath the overhanging boughs and quickly resorted to the bins to catch a male Mandarin Duck (first sighting for 2010) just before it was disturbed by another walker. It flew off towards the main pond so I headed in that direction in anticipation of getting a closer look. 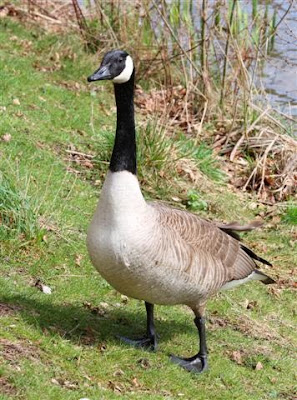 Canada Goose climbed the bank to look me over. 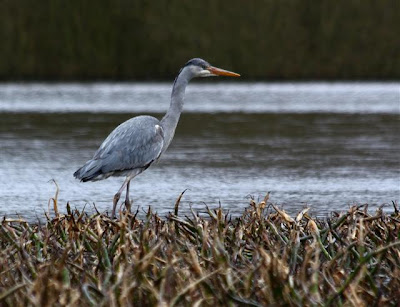 A Grey Heron was patrolling the waters edge just as another rain shower passed over and I cowered beneath the leafless branches trying to keep dry.....some hope! 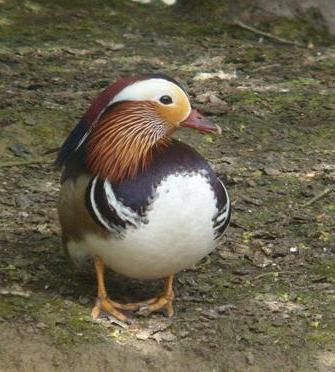 I eventually located the male Mandarin on the island hidden . (Borrowed this digi-scoped shot from last year as I couldn't get a close enough clear view on this occasion). Scanning around I found another male with a female at the other end of the island and as I skirted the pond through the very damp woodland another pair flew out from the trees and disappeared over the far side of the pond. So chances of further breeding this year look fairly favourable with two pairs around but losses through predation were very heavy last year so I'll keep my fingers crossed for them! 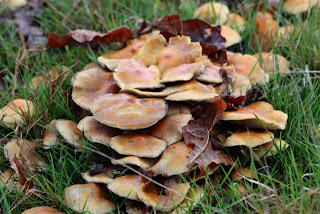 Fungi sprouting in the grass. 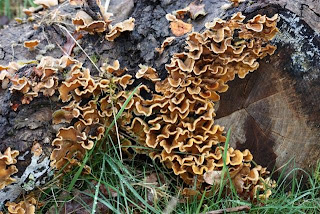 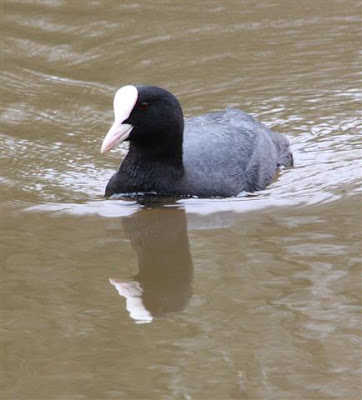 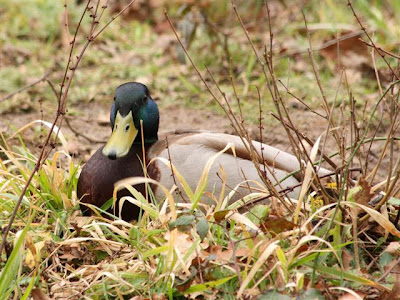 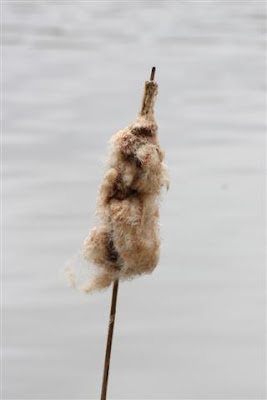 Bullrush waving in the breeze.
Hopefully April will bring in some new migrant visitors.  FAB.
Posted by FAB at 19:06