Once again I chose Sunday 24th to undertake my 'Week 13' transect walk on Ashtead Common under a cloudless sky and a temperature of around 24 deg. C so I was thankful for the overhead green canopy providing some respite from the sun.

On the quarter mile walk to the start of the transect I always stop at a sunny open spot where there is an area of brambles and this often provides an indication of what I may record on the actual transect. 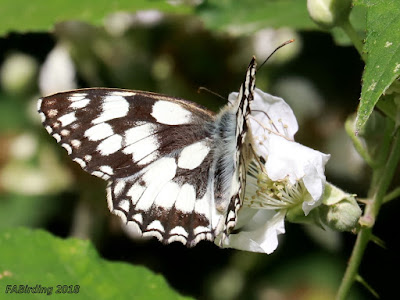 On this occasion there were several Meadow Browns, Ringlet, Large Skippers and a single Marbled White (left) made a brief nectar stop. Unfortunately no Marbled Whites turned up during my timed walk. 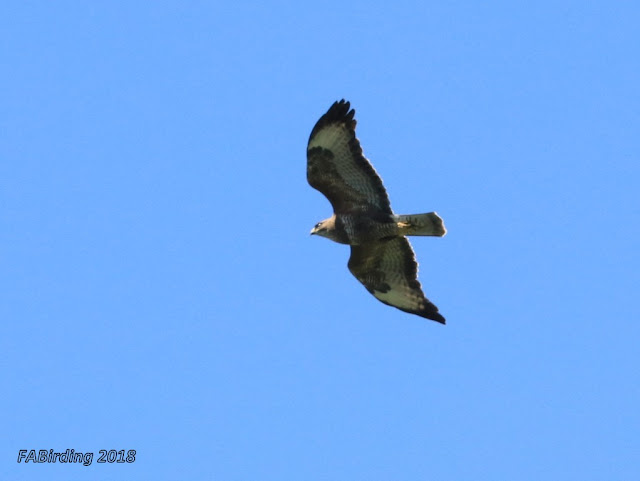 One of the resident Common Buzzards made a fly past as I started my timed walk. 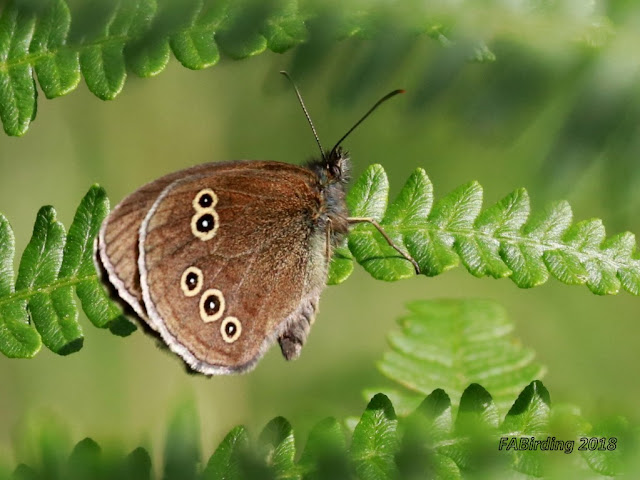 Section 1 produced three new species for this year. First was the Ringlet (above) and ultimately I saw them in all 8 sections recording a total of 58 individuals. Next was a single Purple Hairstreak flying up through one of the oaks. 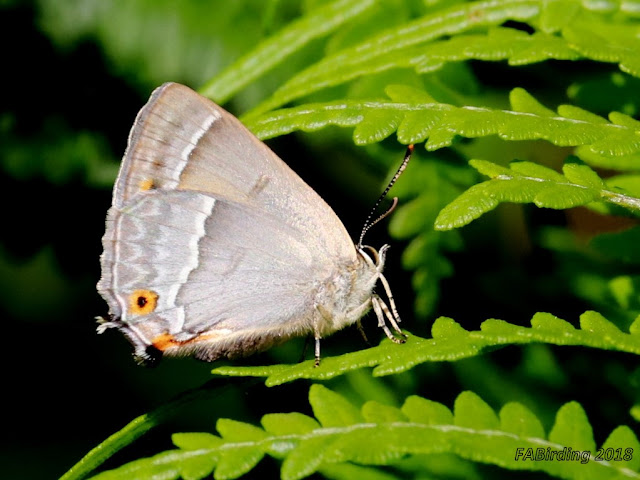 At the beginning of Section 3 I found another Purple Hairstreak settled on the bracken and when it turned around I noticed a black addition (see below) to the centre of its underwing. I am guessing this may be some form of tick that has attached itself. Sections 4 and 8 also produced single sightings of this species. 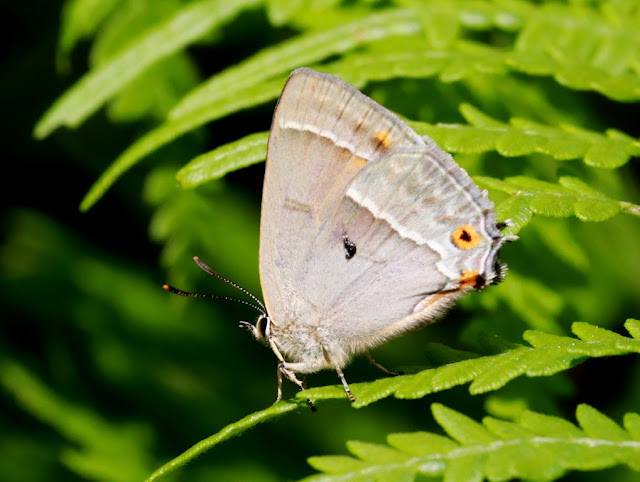 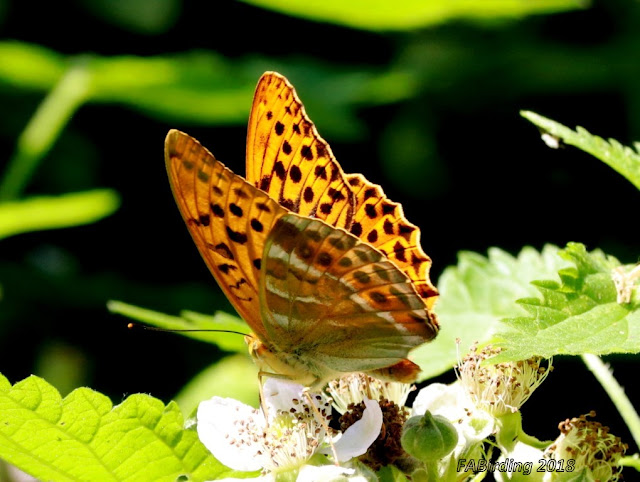 The third new addition seen in Sections 1 and 3 was the Silver-washed Fritillary and I logged a total of just four males with only one stopping long enough for a photo call. 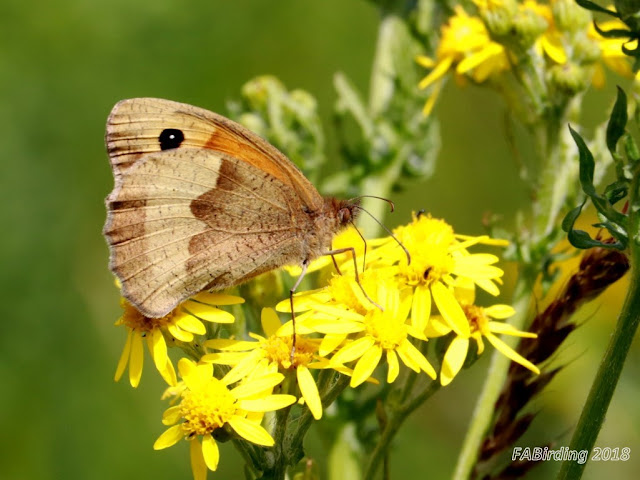 As expected the most prominent species was the Meadow Brown again recorded in all sections of the transect with a total of 73 logged. 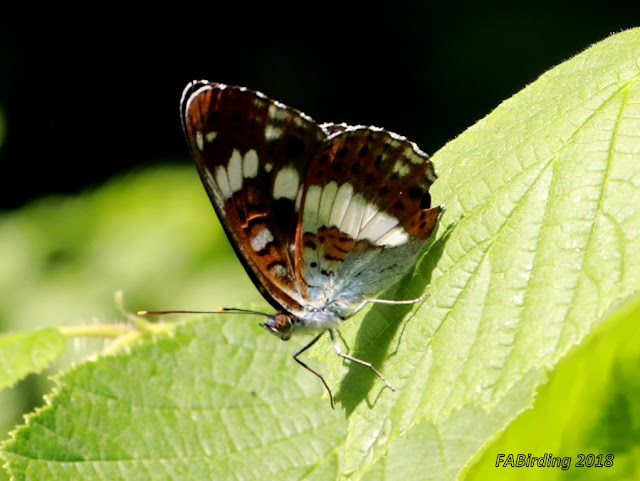 White Admiral (above) turned up in 5 out of 8 sections with a total of 10 recorded during my walk. With a cumulative count of 27 individuals on my last two walks makes 2018 the best year for this species.


Finally the walk produced sightings of 10 species including Small/Essex Skippers, Large Skipper, Large White and Green-veined White with an overall total of 166 individual butterflies recorded.
Posted by FAB at 00:34