When I commence my weekly transect there is always a feeling of hope and anticipation about the species that might be seen. Having previously reviewed last years sightings and numbers plus reasonable weather conditions; 20 deg. C but a little cooler in the shade with some cloud cover being pushed along by a fairly brisk westerly wind; there was the prospect of a decent recording session. 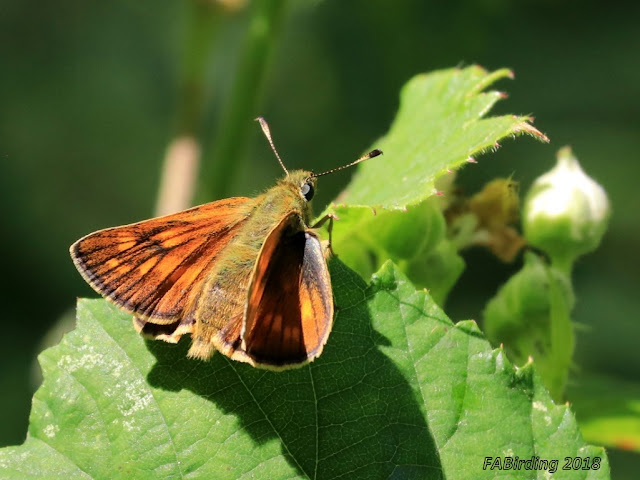 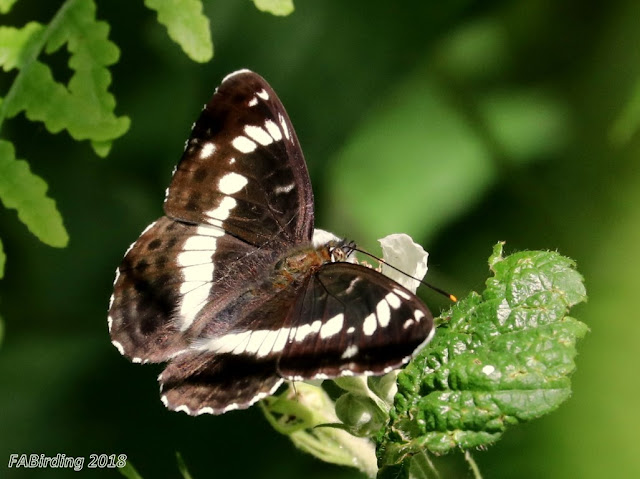 White Admiral (above) would eventually feature in 7 out of the 8 sections on the transect producing a total of 14 individuals seen and the highest count for any of the four years I have carried out this survey. 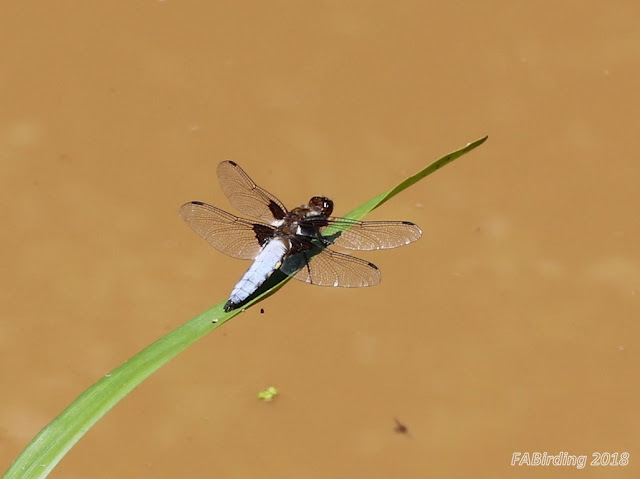 Flag Pond produced the usual Broad-bodied Chaser (above) and Large Red Damselfly (below) with Meadow Brown and Ringlet being the main flutters in this section. 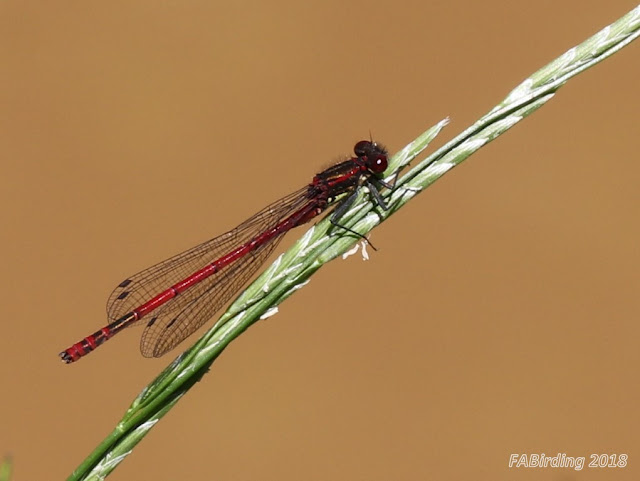 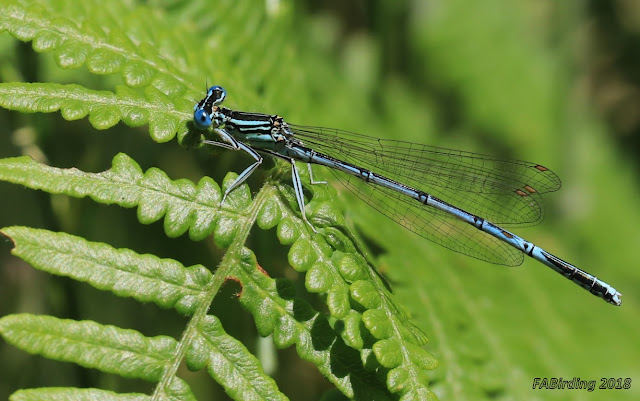 Section 3 produced five species (previously recorded) but not an anticipated Silver-washed Fritillary,  however a pair of White-legged Damselflies [male above and female below] put in an appearance. 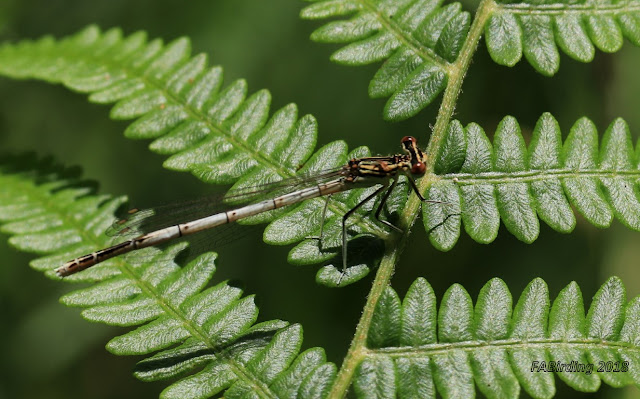 Section 4, the largest open area of grassland that is slowly being swamped by bracken, produced one new species, a Small Skipper and a total of 25 Meadow Browns. 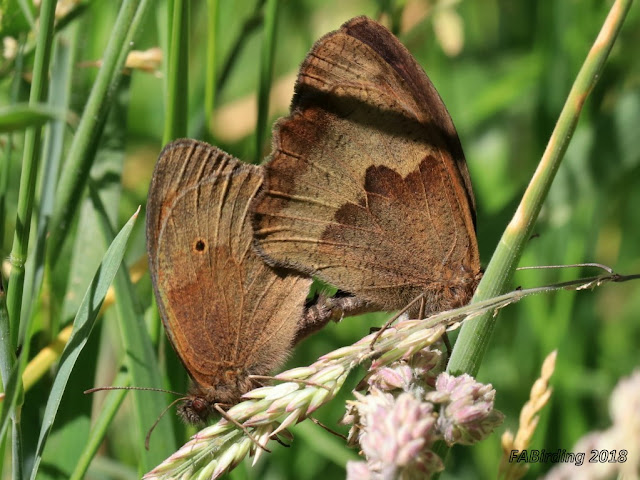 Meadow Browns eventually appeared in every section of the transect with a total of 44 individuals recorded.

So my initial anticipation was rewarded with 8 species logged including Large White and Green-veined White culminating in an overall total of 77 individual sightings; again the highest 'Week 12' for the past four years.

Linking to:
Saturday's Critters
Nature Notes
Posted by FAB at 00:37