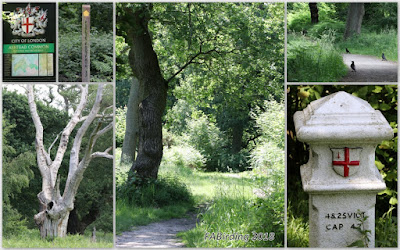 After quite a long blogging absence I felt it was time to provide an update on my fourth year of undertaking butterfly monitoring on the northern boundary of Ashtead Common NNR, managed by the City of London Corporation.
The transect, covering a distance of 1770 meters, follows tracks and footpaths through deciduous woodland, with many ancient oaks, and open grassy glades . 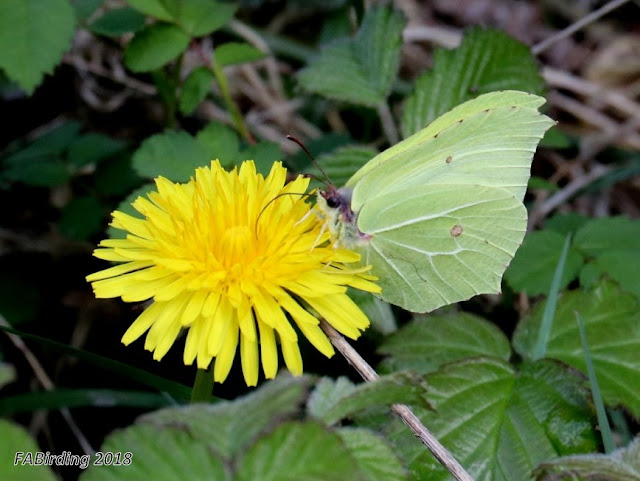 As in previous years the predominant early species on the wing has been the Brimstone. 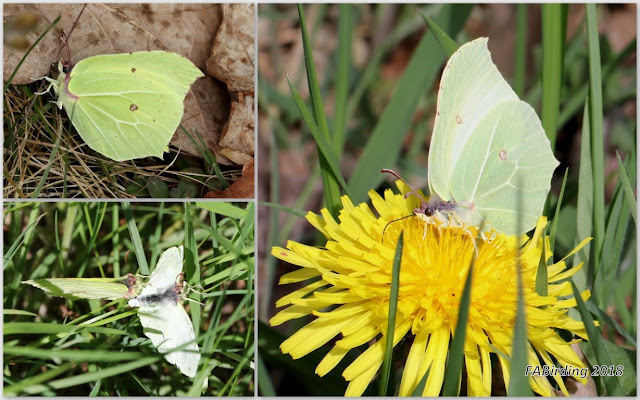 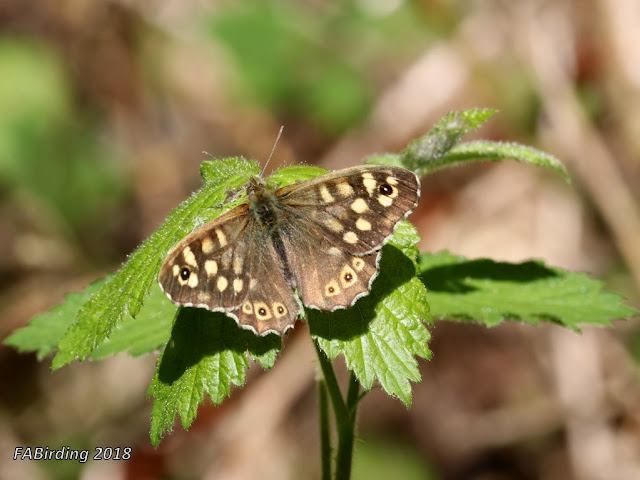 The second most common species during the last six visits has been the Speckled Wood with the highest weekly count of nine yesterday. 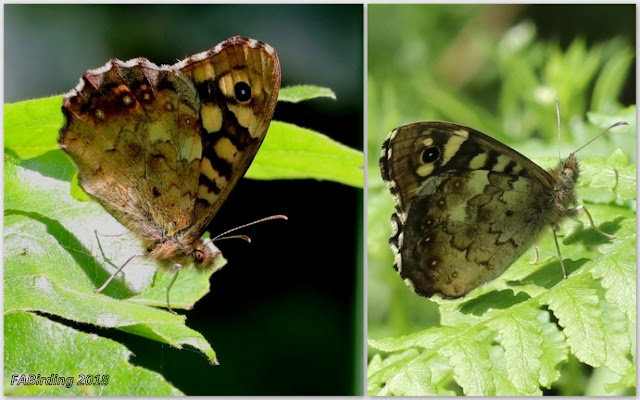 At Flag Pond, probably a former clay pit (hence the water colour) linked to the nearby Roman villa complex, I tend to stop for a while to check out the wildlife. On the 4th May I recorded the first Large Red Damselfly and from mid May the numbers of Broad-bodied Chasers has steadily increased with White-legged Damselflies appearing in the grassland nearby. I have also seen Common Blue Damselfly and Beautiful Demoiselle here in the last two weeks. 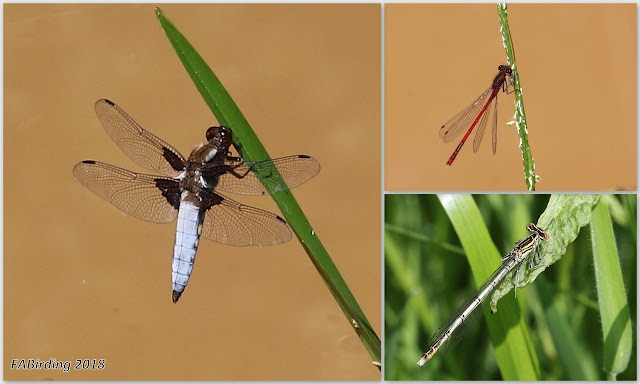 While watching the pond life yesterday I heard the begging calls of young Blue Tits (below) from a tree behind me and turned round to find four hungry individuals squashed together in the cleft of the tree waiting for the parents to return with food. [Unfortunately I didn't have a long lens with me so these images are heavily cropped]. 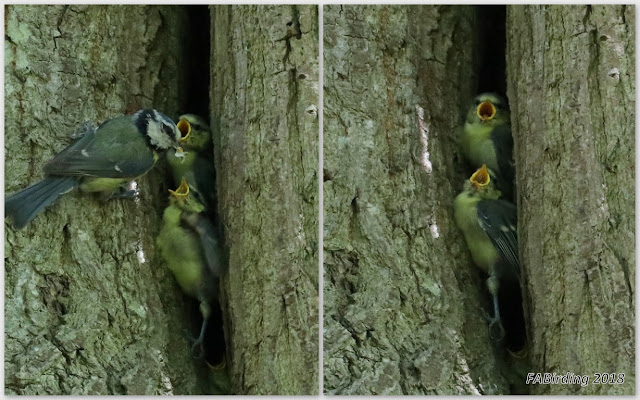 I have also recorded 22 bird species so far this year whilst walking the transect and two weeks ago heard my first ever Cuckoo calling on the common from woodland south of the Roman earthwork complex.

Other species of butterfly recorded so far this season, albeit in very low numbers, include Small and Large White, Green-veined White, Comma, Common Blue, Holly Blue and Orange-Tip (below).

About a hundred yards away from the transect I saw my first Large Skipper of the year yesterday so hopefully they and a few other species will provide some photo opportunities in the coming weeks. 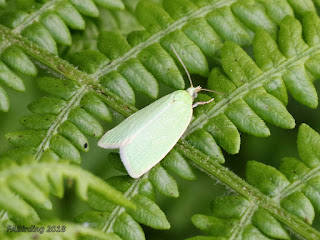 During yesterdays walk I watched masses of micro-moths, Green Oak Tortrix (Tortrix viridana). On two trees I estimated there were at least 300 fluttering and feeding. One individual dropped onto the bracken below allowing me to grab a quick snap.
Below are just a few of the wild flowers that have finally emerged in the last two weeks. 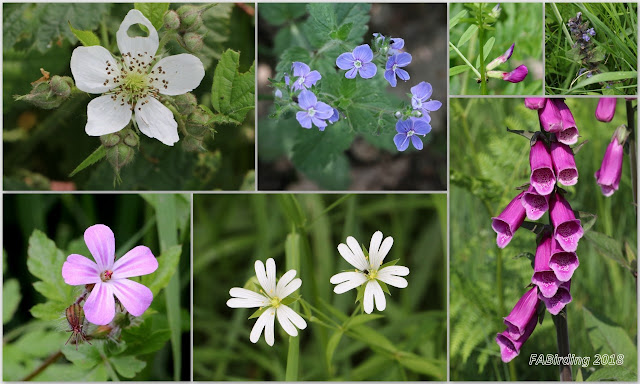 Linking to:
Nature Notes
Posted by FAB at 15:44