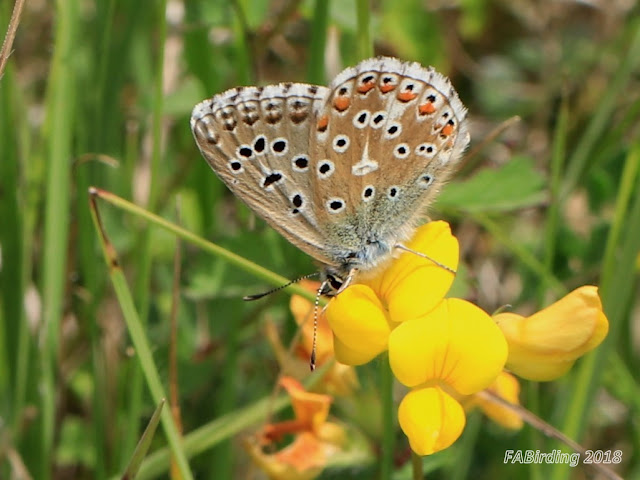 Several other walkers indicated that they had failed to find an Adonis but undaunted I persevered and finally found one very flighty male that eventually alighted on Bird's-foot-trefoil and then partially revealed its distinctive upper wing colours before continuing its aerial foray. 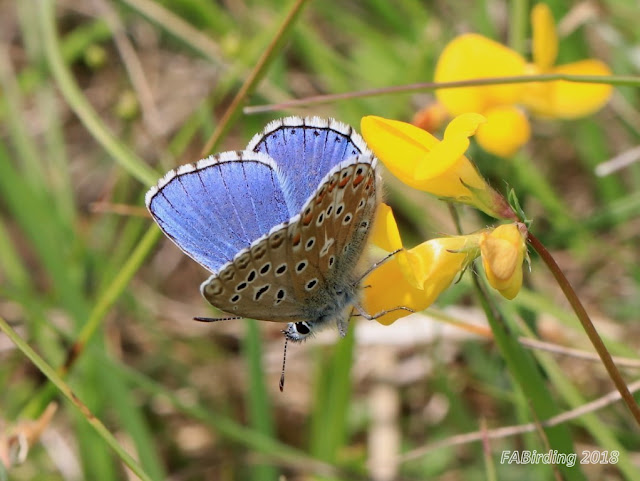 After another ten minutes of fluttering around in circles it decided to land again but still only provided a restricted view of its upper wings. 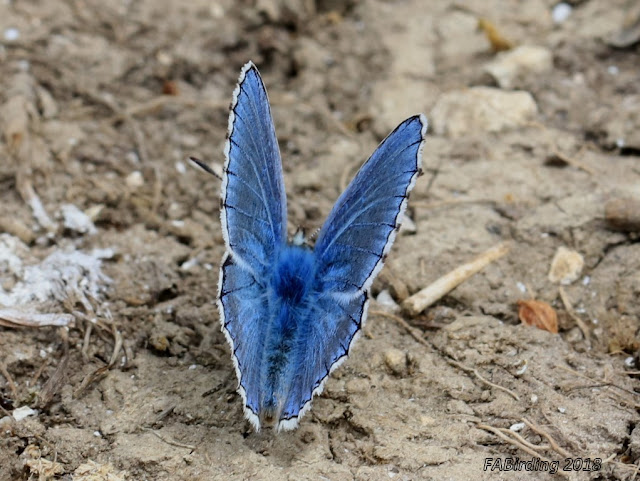 Linking to:
Nature Notes
Posted by FAB at 22:55