In a recent post "Thursley Common-Residents and Migrants" I promised some more images of  a migrant falcon that is known for its exceptional aerial acrobatics. 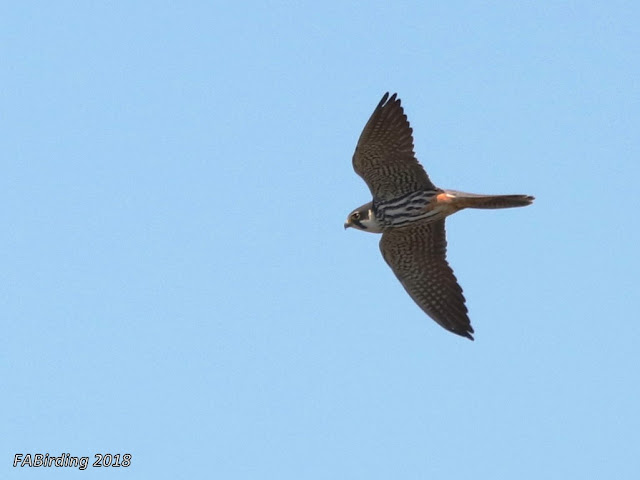 The Hobby (Falco subbuteo) that regularly catches and eats its insect prey on the wing. 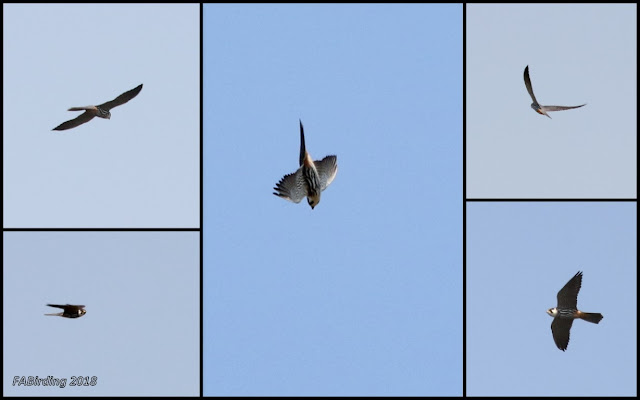 At a distance it appears sickle-like in flight, often resembling a Swift when gliding with folded wings and can easily reach speeds up to 100 mph. 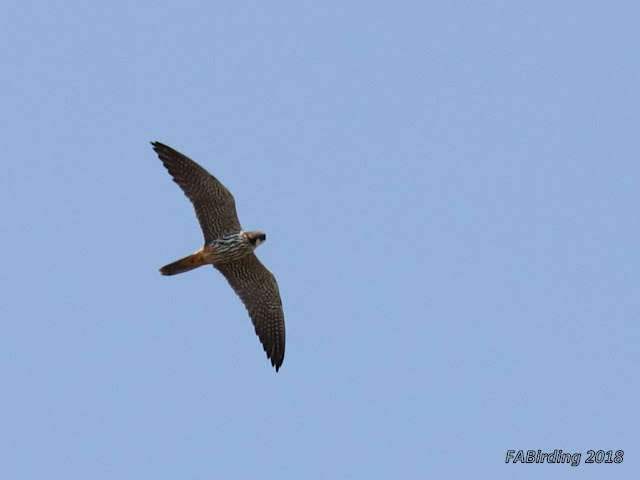 Its aerial agility also enables it to catch birds in flight, particularly hirundines, and I have, over the years, witnessed individuals chasing and catching both House Martins and Swifts. 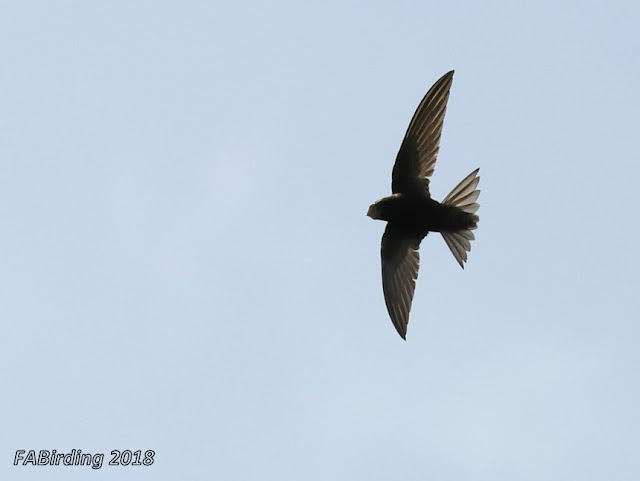 Whilst not as agile as the Hobby, the Common Swift (Apus apus) is thought to be the fastest species in level flight; recorded at 111.6 km/h or 69.3 mph. I captured these images above my parents house earlier this week where for many years three pairs have nested and reared their youngsters. 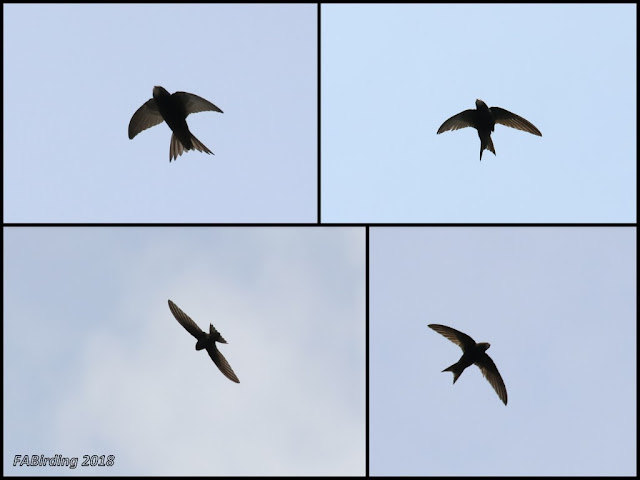 Amazing to know that they feed and sleep on the wing and almost never land except at their nest sites. Swifts can't fly in wet weather in the UK so they fly around storms to find dry areas and is thought to be the only UK bird to adopt this method. 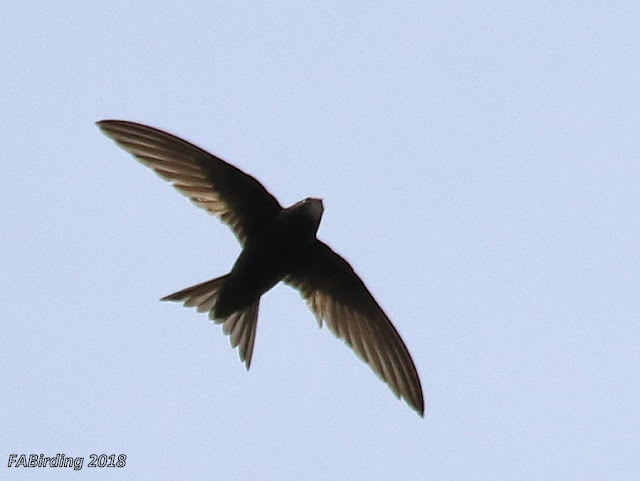