My butterfly transect walk for week 14 was undertaken with temperatures around 25 deg.C and just before a short camping holiday in Kent when it soared well above 30 deg.C. On my walk last Monday (Week 15) the temperature was a more comfortable 23 deg.C. 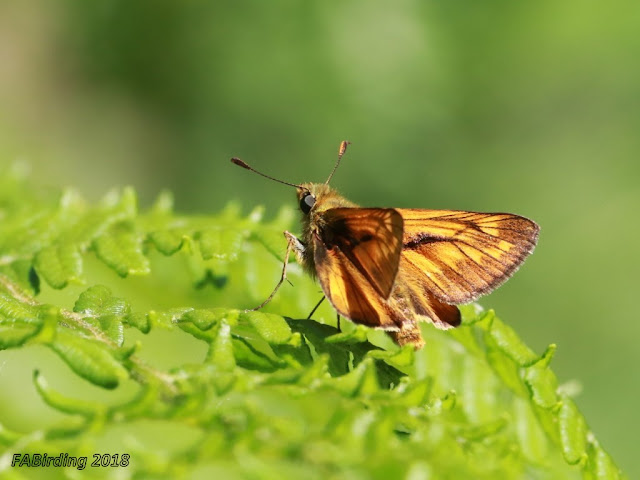 Week 14 produced the highest count of 11 Large Skipper (above) so far this year. 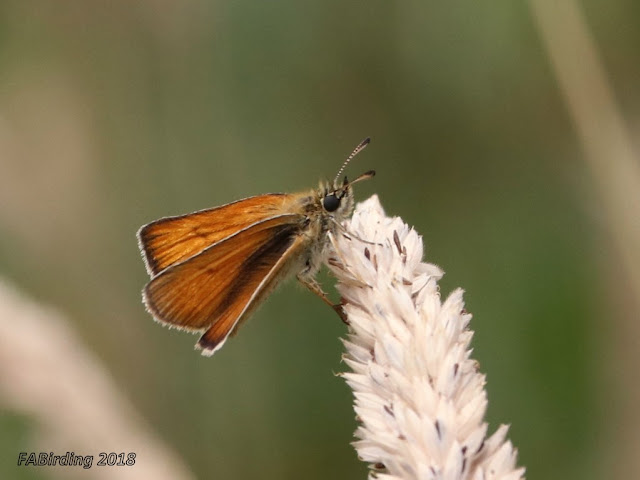 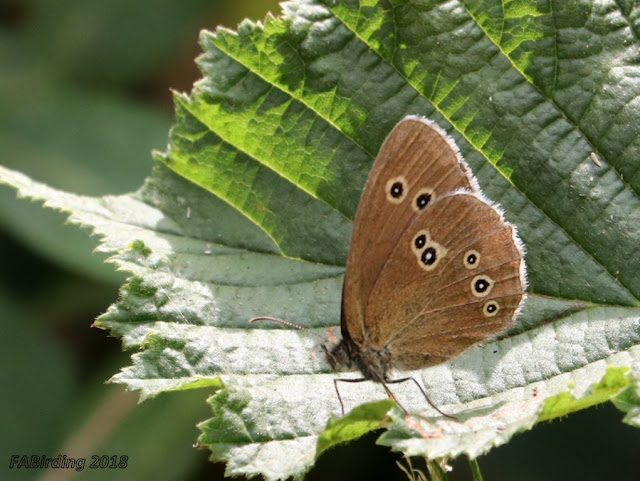 As expected the most prominent species seen were Ringlets (above) with a total of 171 recorded over the two visits and Week 15 saw the emergence of the Gatekeepers (below). 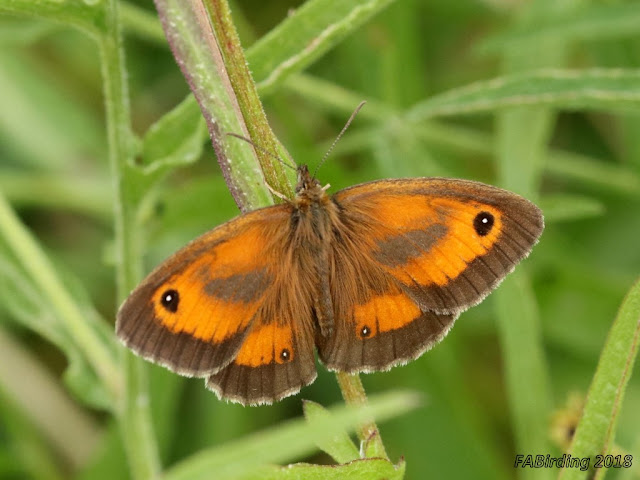 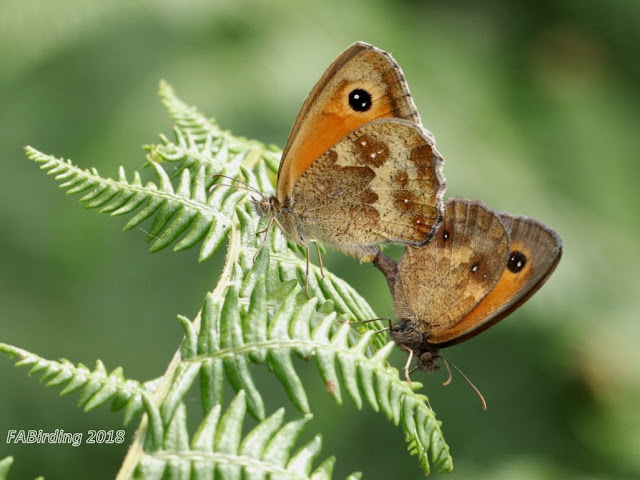 I recorded Large, Small and Green-veined Whites on both walks with the former producing 14 sightings and was also the only species that stopped long enough to be captured by the lens. 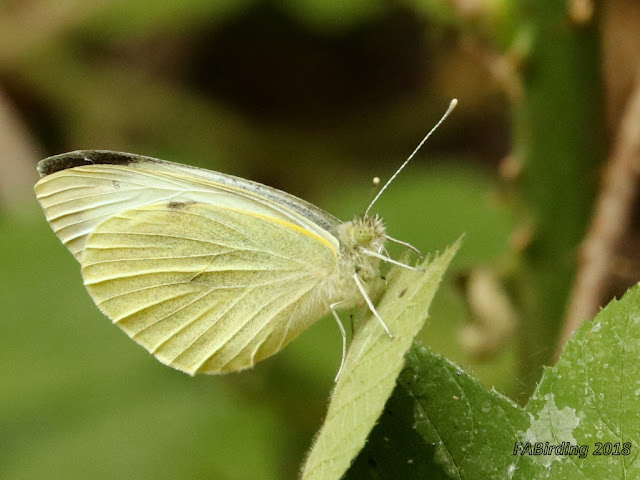 
I also recorded my highest count of 26 Purple Hairstreaks in Week 14 and the highest overall annual total so far of 39 easily exceeding any of the previous three years records. The White Admiral tally for this season stands at 40 to date and is double the sightings recorded over the last four years, 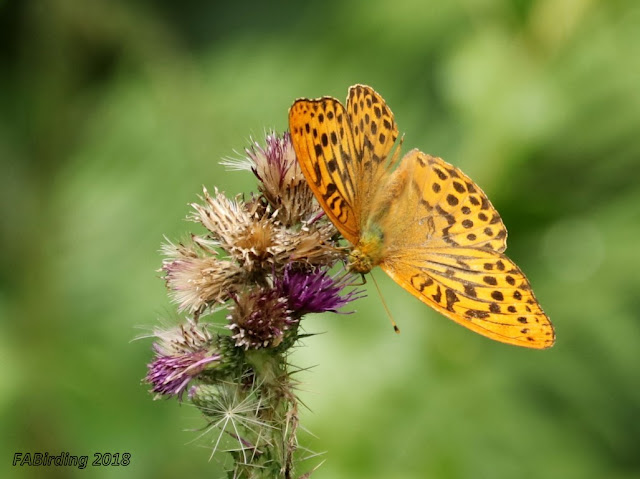 Conversely sightings of Silver-washed Fritillary has so far been much lower than last year.

Three new species for this season were seen in the last two weeks: 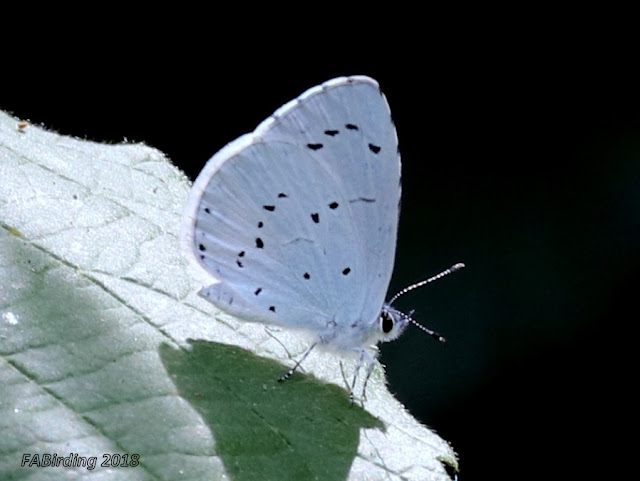 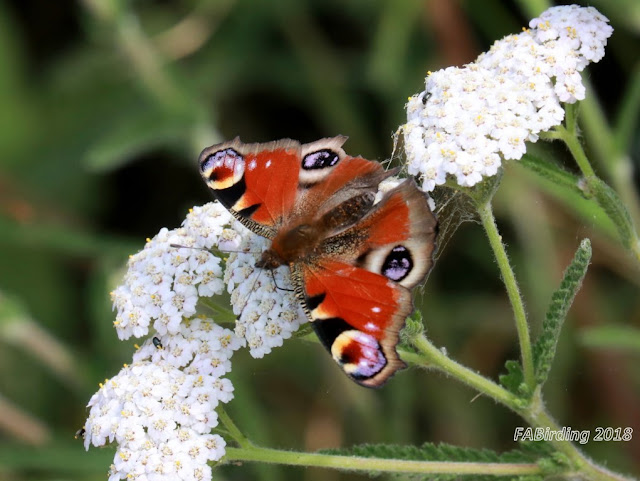 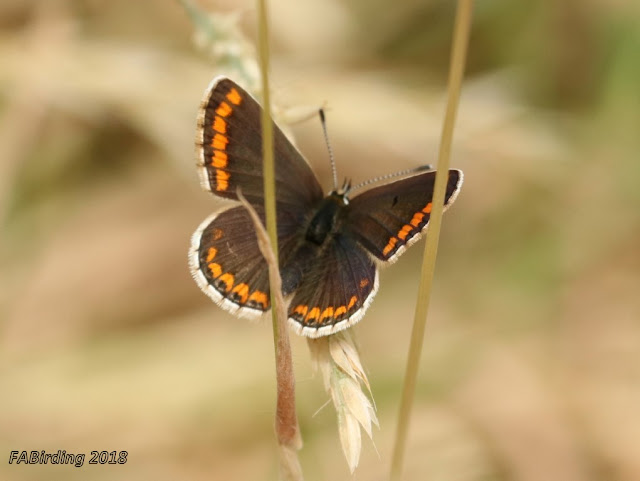 A female Brown Argus. This is only the second time in four years that I have recorded this species on the transect.