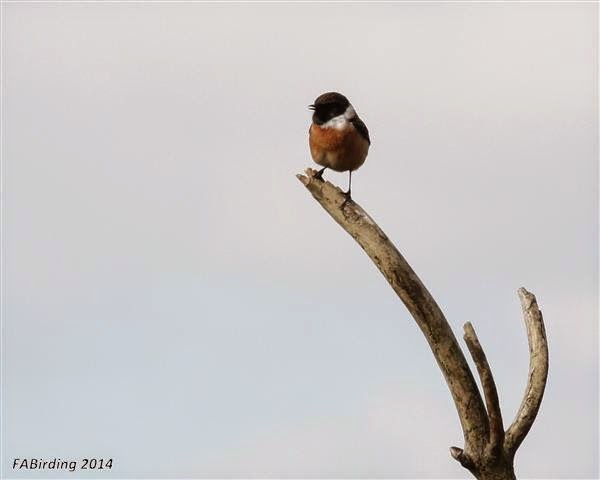 One of my favourite heathland species is the Stonechat (Saxicola torquatus) which breeds in open areas with low vegetation, often heather and gorse and easily identified when you get too close to it territory by its alarm call .... usually a sharp, harsh "wee-tack, tack", like two pebbles being tapped together.
Click here to hear its alarm call. 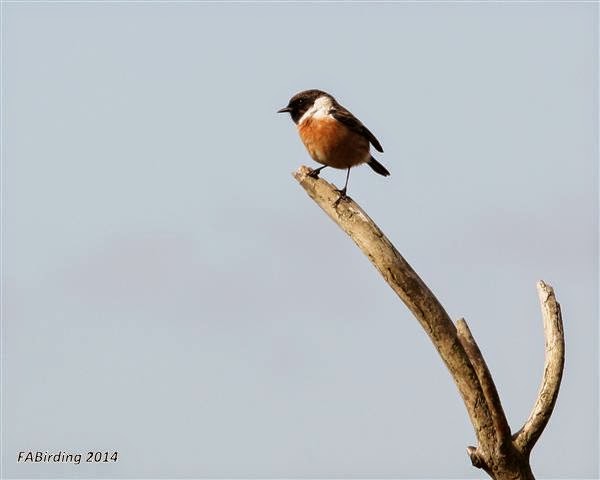 In Spring the adult male wears his best plumage with that very distinctive white neck patch under its totally black head and chin plus its rusty-red upper belly and flanks. 'torquatus' is from the Latin meaning "adorned with a neck chain or collar" 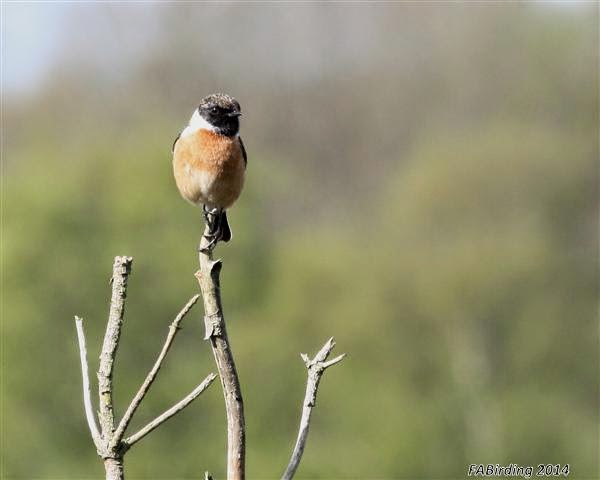 This male regularly toured its territory perching on a number of high points so it was just a matter of waiting patiently for it to return within range for a few shots. Its song is a very short, twittering or squeaky verse.
Click here for an example of its song. 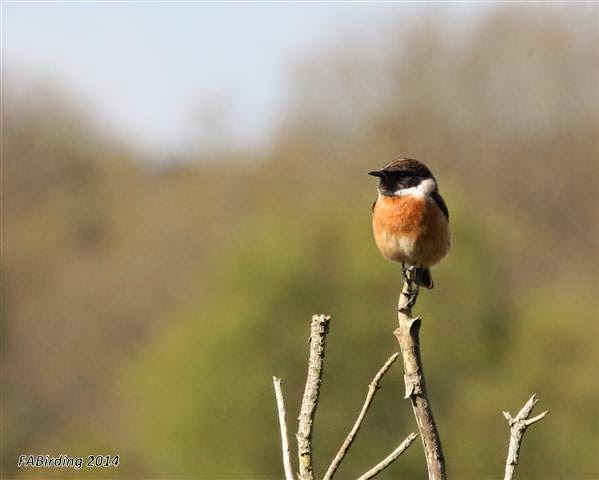