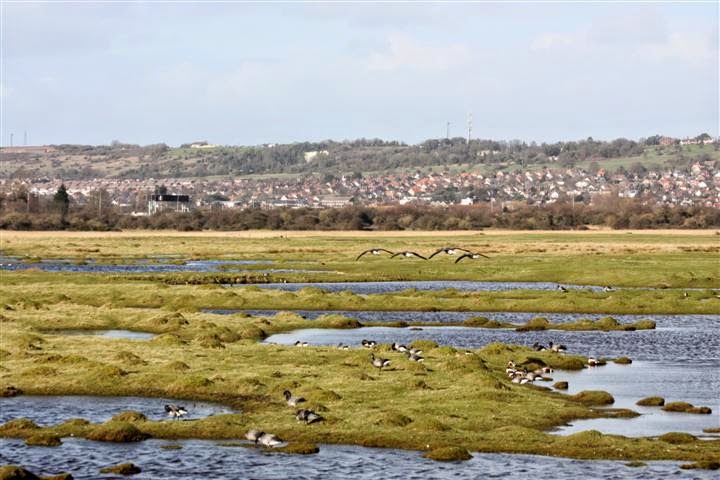 In early February I was able to make a visit to Farlington Marshes together with colleagues from the Surrey Bird Club (SBC).
This site is 125 hectares (308 acres) of grazing marsh on the northern shore of Langstone Harbour which was reclaimed in the late 1700s. Most of the site lies below mean high water level protected by a sea wall embankment on three sides parts of which have been restored in the past two years. The M27 provides the ‘noisy’ northern boundary.
Parts of the site were used by the military during both World Wars, with munitions disposal resulting in the creation of several smaller pits and pools. However, unlike previous winters, the water levels on the grazing marsh were very high as a result of our continuous winter storms so the wintering wildlife was dispersed over a much larger area.

Starting some two hours before high tide we undertook an anti-clockwise circuit following the sea wall path, scanning both inland and out across the extensive intertidal mudflats which attract many species of waders. Sightings included Curlew, Oystercatcher, Redshank, Greenshank, Turnstone, lots of Common Ringed Plover, Grey Plover, Dunlin, Knot and Lapwing.
The usual selection of Ducks and Gulls were logged but we also had distant views of several Red-breasted Mergansers, Goldeneye and Slavonian Grebes, plus Kingfisher and Peregrine Falcon.

Whilst Meadow Pipit, Rock Pipit and Skylark were fairly easy to locate there appeared to be a distinct lack of smaller birds, a situation that many birders were experiencing at this particular time, probably due to the weeks and weeks of harsh wet weather. Whilst my personal tally for the trip was only 45 species I was able once again to appreciate one of my favourites, the Brent Geese (Branta bernicla). 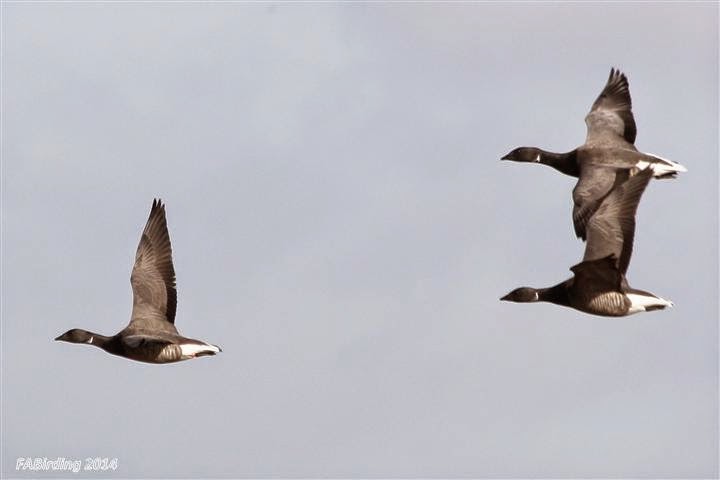 The nominate Dark-bellied form (Spp. bernicla) which breed in the high artic migrate in late September and October to Denmark, the western Baltic and England (mostly south of a line from the Wash to the Severn Estuary) and into western France. Langstone Harbour is an internationally important site for wintering Brent Geese and large numbers can been seen feeding on the marshes at high tide. 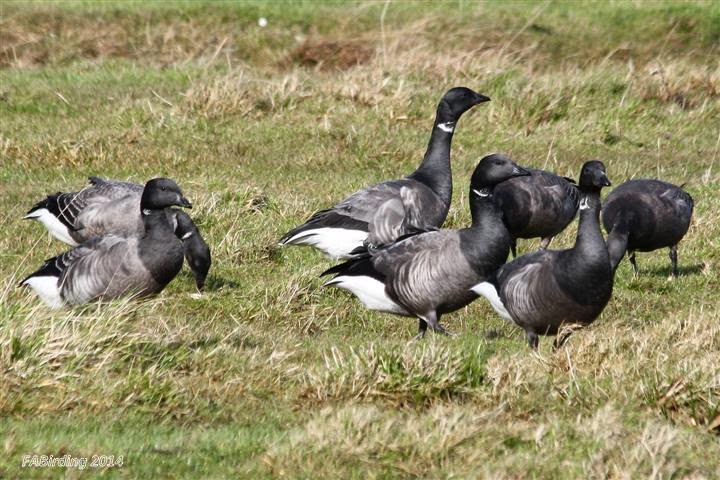 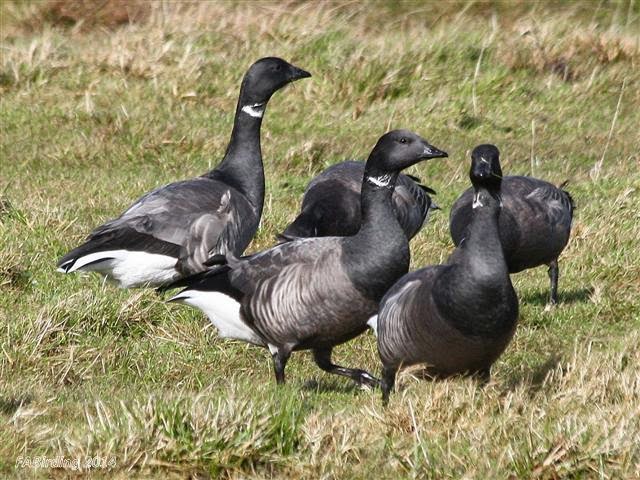 They constantly chatter away to one another while feeding always with a few individuals keeping a look out for possible predators. 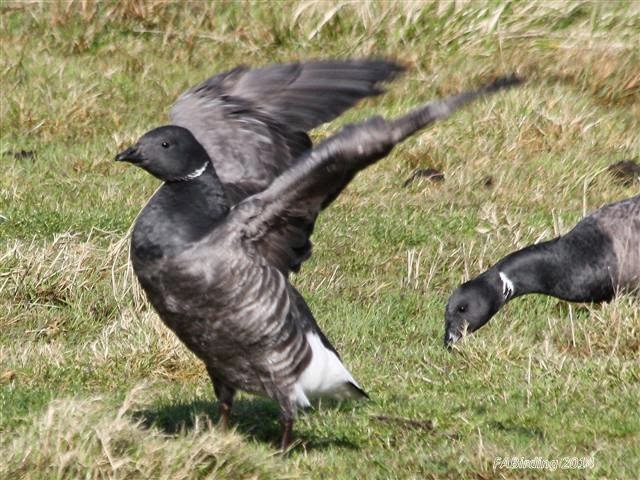 Time to check those wings are still in working order! 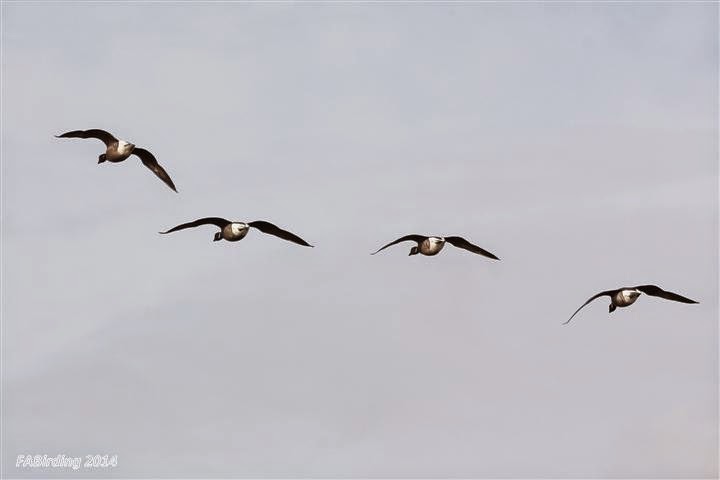 These delightful geese will be returning north again during April and May so I won't see them again until the beginning of next winter. .... FAB.
You can click here for previous posts on Farlington Marshes.

Linking to WILD BIRD WEDNESDAY.
Posted by FAB at 22:58