Garden Colours from February to April.

While I sort out images from a few recent walks I thought I would share the changes in the garden from a cold, wet February through to a slightly sunnier April. 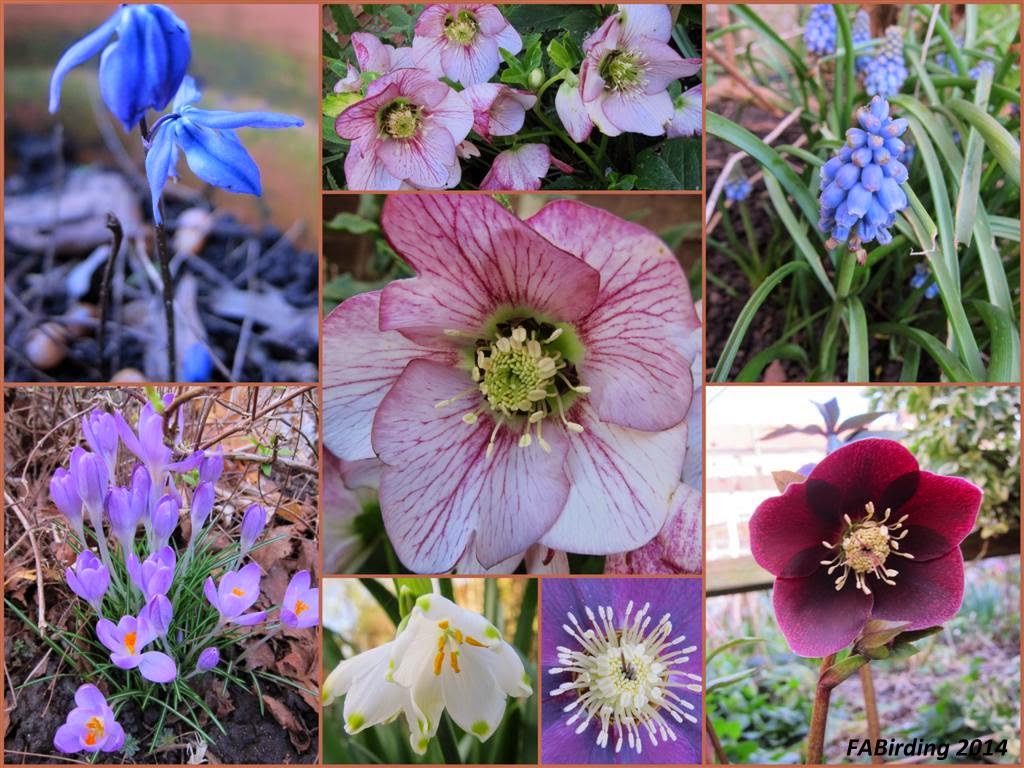 In JANUARY the Helleborus orientalis were the stars, supported by Crocus, Scilla, Muscari and Leucojum. 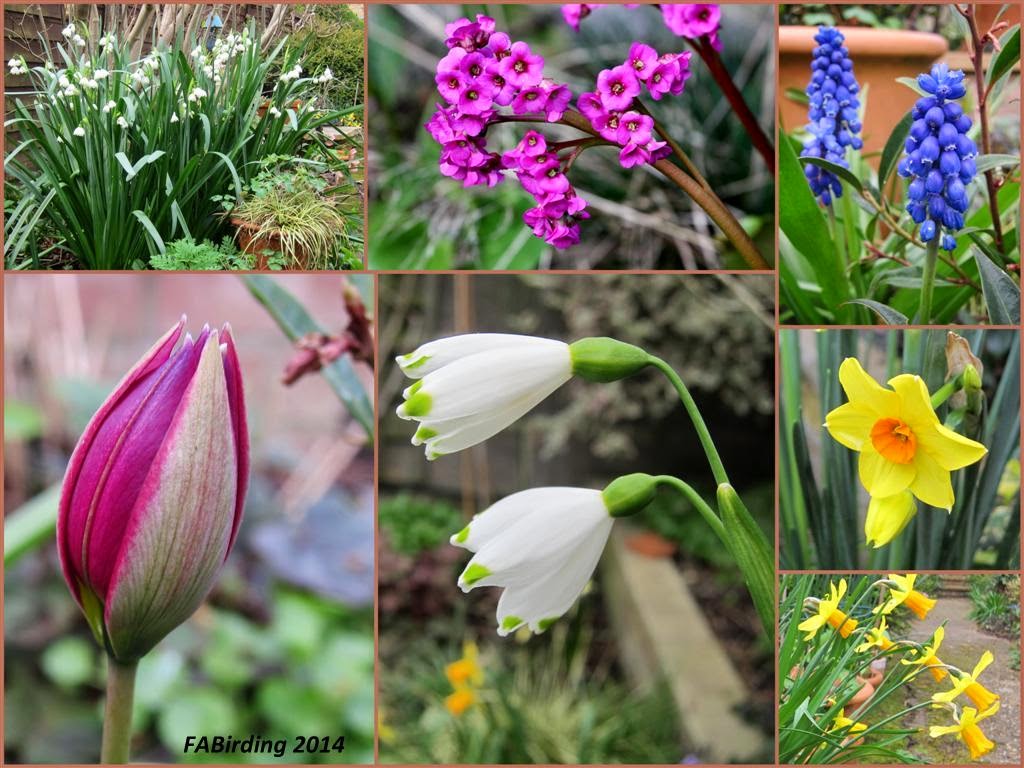 During FEBRUARY the clumps of Leucojum and Muscari were still showing well as the first of specie Tulips started to open with the cheerful sight of yellow Narcissus everywhere and a Bergenia in full flower. 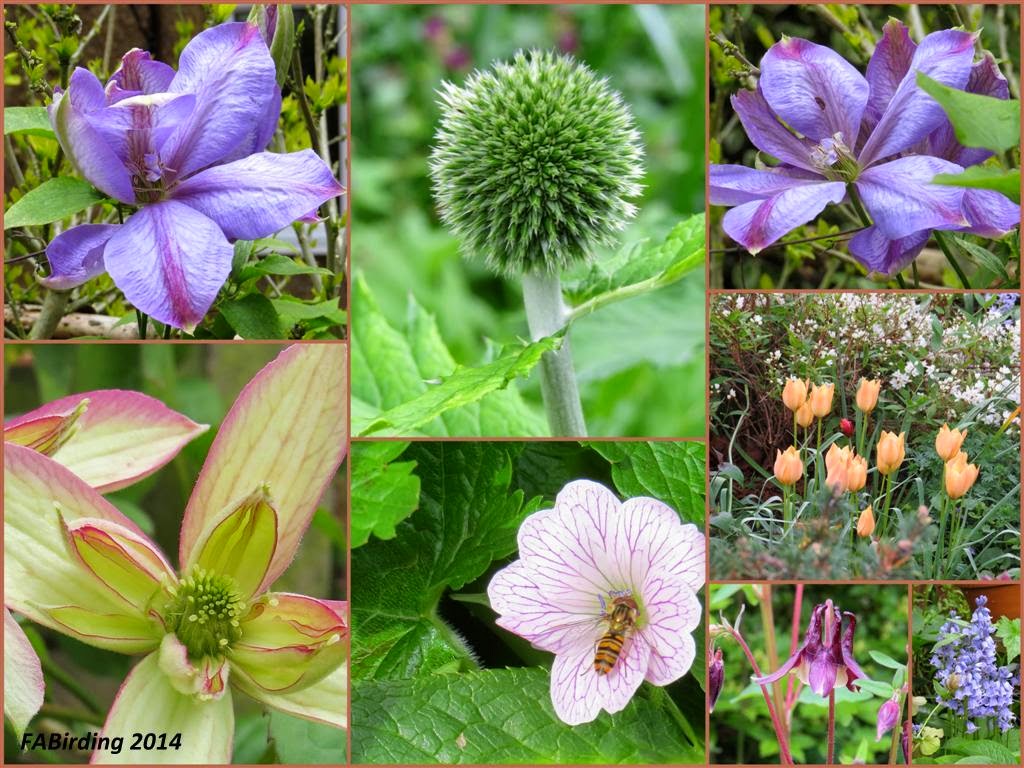 Now into late APRIL the Clematis have just decided to be the stars supported by Aquilegia 'William Guinness' popping up everywhere; an early flowering Geranium providing some much needed nectar plus the Echinops, getting taller each day, and probably the last of the small specie Tulips.  FAB.
Posted by FAB at 21:21