A week ago I set my alarm with the intention of catching the 'Dawn Chorus' but overslept by half an hour by which time the sun was just beginning to lighten the sky at Bookham Common and the bird song was not as vocal as I'd expected. However in the first 20 minutes I heard two Nightingales plus 2 Lesser Whitethroat singing deep within the scrub and a distant calling Cuckoo to add to my year list.
Click here to hear the delightful song of a Nightingale. 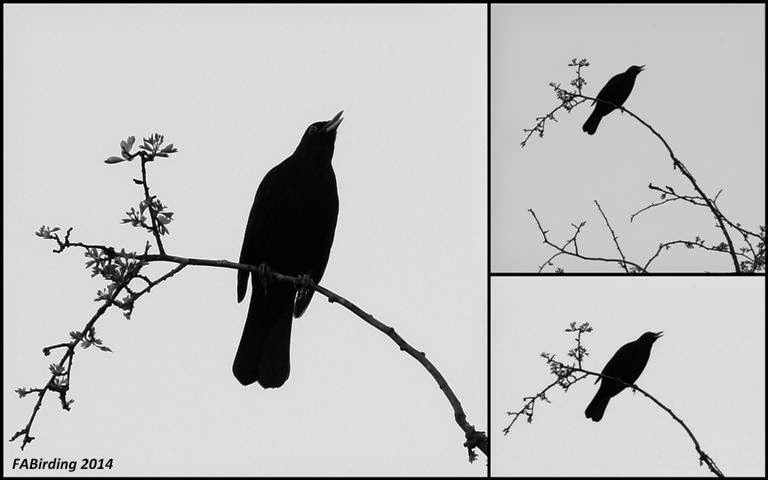 The first photo call was a Blackbird in full voice, silhouetted against the western sky.
Click here for a song recording. 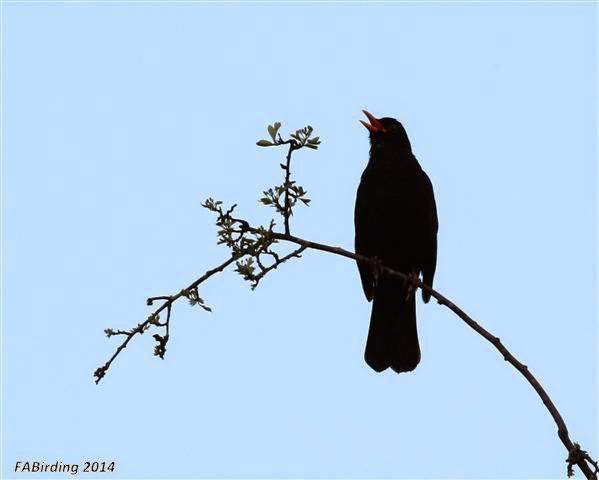 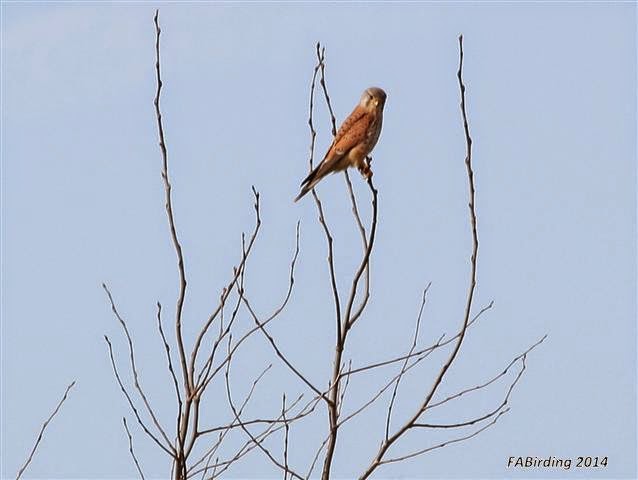 Slowly the cloudless sky lightened and I headed in the direction of the calling Cuckoo but failed to find its perch within the wooded area but added Nuthatch, Blue Tit, Great Tit, Long-tailed Tit, Jay, Woodpigeon, Green Woodpecker, Great Spotted Woodpecker, Pheasant and Stock Dove to the list.

Returning to the open 'plain' I snapped a perched Kestrel just before it flew away. 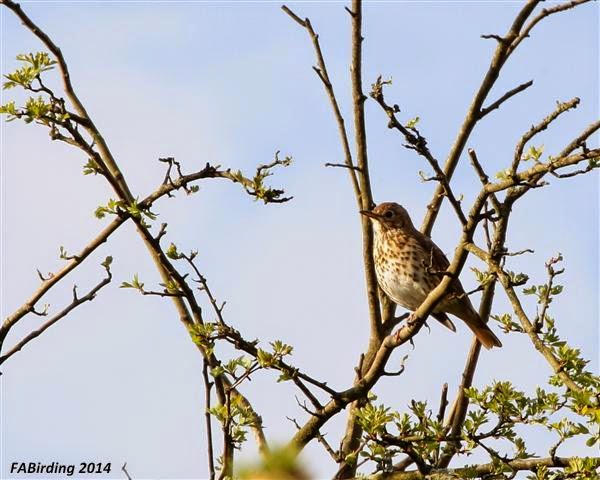 The next obvious chorister was a Song Thrush, initially just enjoying the early morning rays on its high perch and then it promptly turned away to utter its repetitive song. 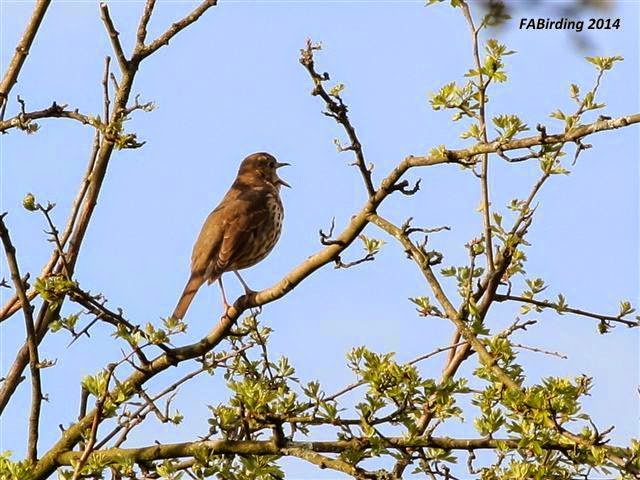 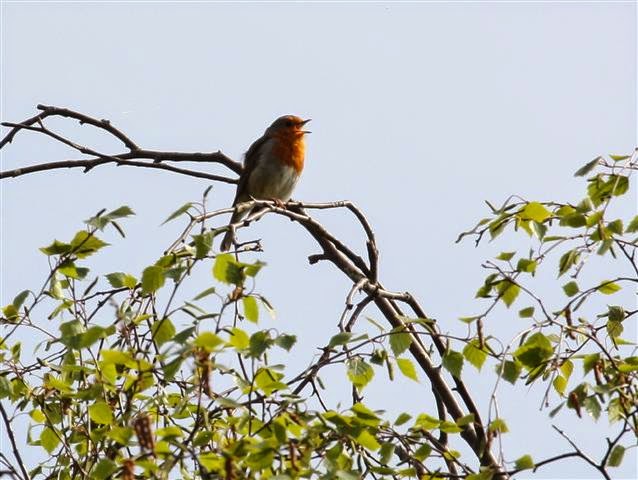 As expected I saw and listened to numerous Robins as they all confirmed their presence from their lofty song posts. 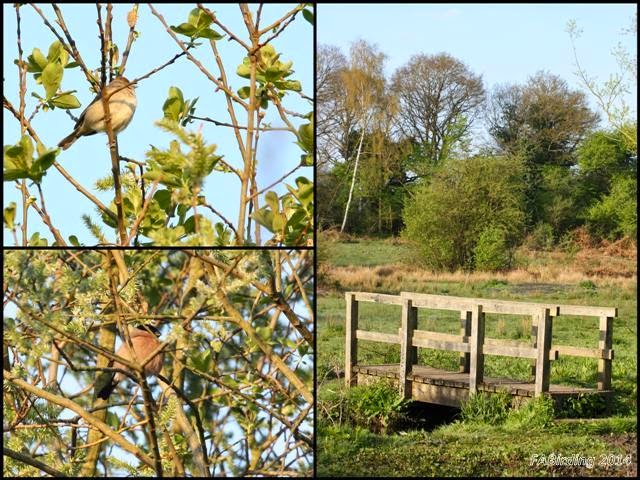 With the warmer weather the green clothing on the trees and bushes continues to intensify day by day so very soon many species will become more difficult to find. Above are a female Blackcap and a male Bullfinch taking a rest. 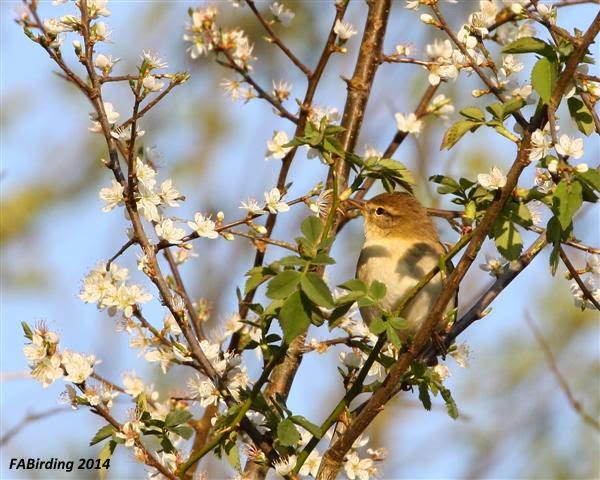 A cropped view of a silent Chiffchaff perched amongst the blossom. 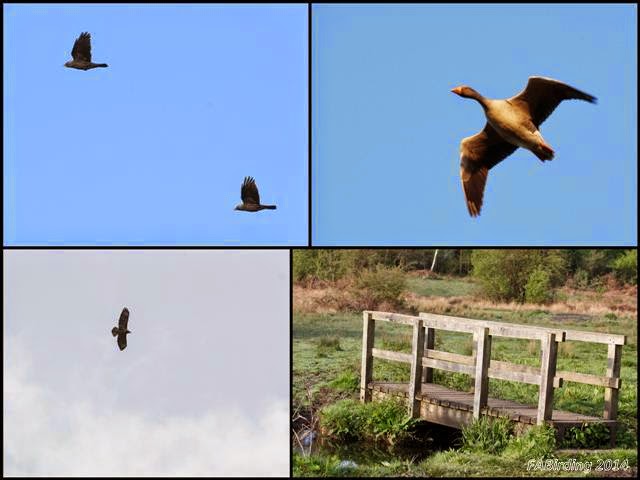 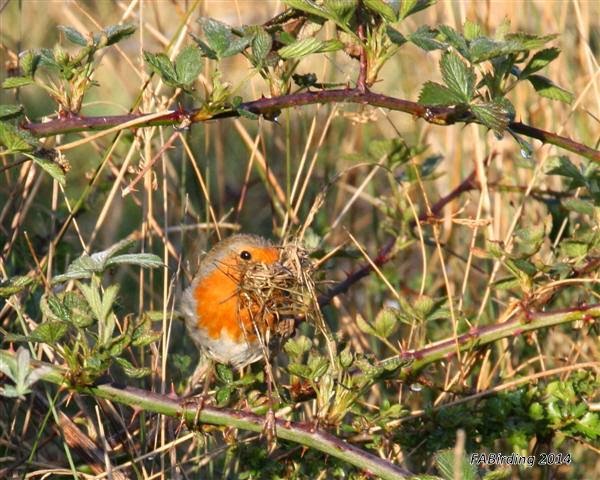 Wrens were also very vocal during my walk but failed to perch long enough (or I failed to operate the camera quick enough!) for a decent picture. 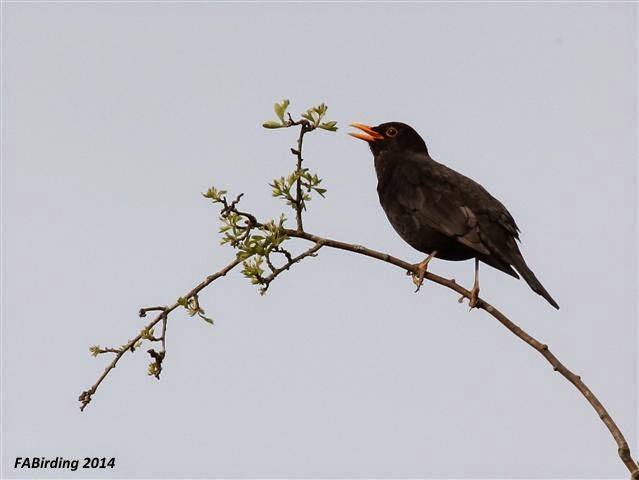 As I returned to my starting point around 9am (some three hours later) the male Blackbird was in the same place and still belting out his territorial song. The final tally for my morning stroll was 34 species.  FAB.
Posted by FAB at 18:38